On A Mixed Night For Ireland, Two Stars Of Present And Future Emerged

If there has been one consistency in a managerial tenure that has lacked so much of that very element, it has been Stephen Kenny's willingness to give youth a chance.

The Ireland boss has been more than willing to throw youngsters in on the big occasion, perhaps when the safer option would be to go with a move experienced head.

In one way, he has been made to pay for this in terms of results. With youth comes inconsistency, something that is part and parcel of learning your trade as a professional player. This may have added to the pressure surrounding Kenny's position, but he has remained steadfast in his approach.

We will have to wait some time before the true fruits of his labour have been revealed, but we have been given a very promising glance at what may be to come against Serbia tonight.

It was a game in which Ireland experienced mixed fortunes. Their attacking play was stagnant at times, while in contrast the visitors had no such issues crafting scoring opportunities. This was a Serbian side much further along in their development and it certainly showed for large portions of the contest.

When you might have expected Ireland's more experienced players to step up and turn the increasingly powerful tide that was pushing against them, it was two of the young players that have been thrown in at the deep end that stood up to be counted.

It would no exaggeration to say that Gavin Bazunu produced one of the best individual performances we have seen in an Ireland shirt for quite some time tonight.

He made nine saves over the 90 minutes, very few of which were routine. In fact, a couple of them were barely short of jaw-dropping.

Even the goal, which he had no right to even get near, was only just out of his reach.

That is before even mentioning his buildup play. Not only was he cool under pressure when asked to play out from the back, he repeatedly picked out stunning cross field passes to find an open teammate. If you want to see the difference between 'long balls' and 'long passes', look at Bazunu's performance tonight.

A battle for the number one jersey between the Manchester City player and Caoimhín Kelleher has long been anticipated. However, it is becoming increasingly difficult to see how Bazunu could be taken out of the team. It's certainly his spot to lose.

He wasn't the only 19-year old to shine tonight.

Making his full international debut, Andrew Omobamidele was astounding at the back. Playing alongside Shane Duffy and John Egan, he stood out as the best defender on the pitch. 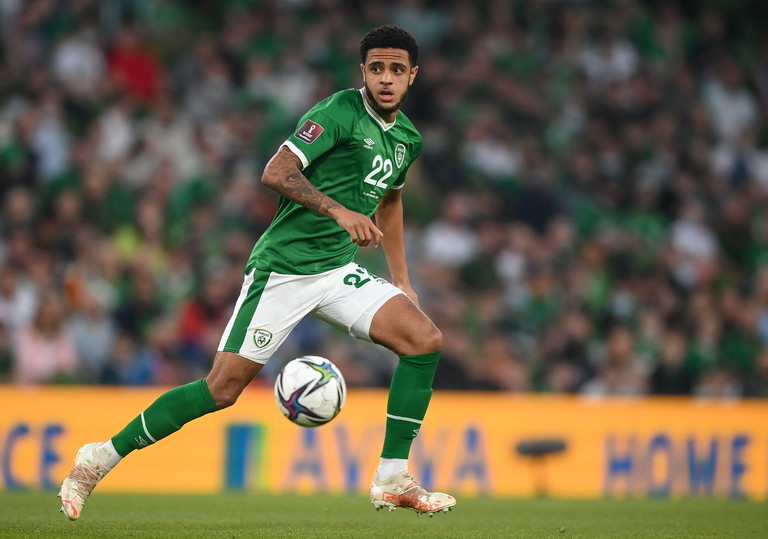 We were given a glimpse of what he was capable of in Portugal last week. It was a brave move for Stephen Kenny to throw him into that game after half an hour when Dara O'Shea went down with an injury but it was certainly vindicated. The only criticism you could have was that he chose not to start him against Azerbaijan.

This was a real coming of age performance for the Norwich City player. He was exemplary at the back, making a number of key interventions against a Serbian front three that was certainly not short on quality.

His play on the ball was perhaps even more impressive. He repeatedly stepped out of the defence, dribbling beyond opposition players and picking out a pass. He nearly even won it at the end with a brilliant long-range effort that took some stopping from Rajkovic in the Serbian goal.

In Bazunu and Omobamidele, Ireland have found two starts of the future.  The fact that they are even being considered for selection in the present is what the Stephen Kenny era is about.

Gavin Bazunu and Andrew Omobamidele, with a combined age of 38, were absolutely phenomenal tonight. That is what the Stephen Kenny era is about. Give it time. #IRLSRB

For all of the qualities they possess, it is highly unlikely that either player would have been given an opportunity under previous Ireland managers. It would be said they didn't have the experience to play international football.

Stephen Kenny is giving them the chance to learn on the job.

That will come with growing pains. We should be willing to bide our time and sit through them if the end result is seeing players such as these two lads fulfil their potential in an Ireland shirt. 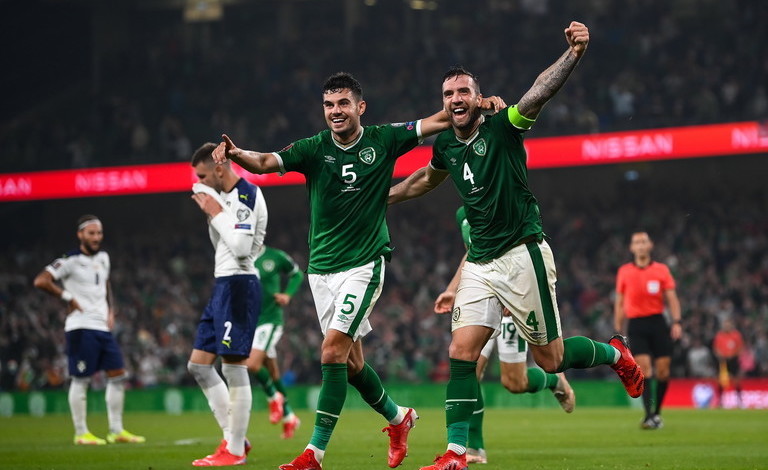 Football
2 months ago
By Jonathan Byrne
Farke Norwich Departure Leaves Irish Duo In Interesting Predicament
Football
2 months ago
By Gary Connaughton
Redknapp Thinks Andrew Omobamidele Has A Lot To Learn Despite First Norwich Goal
Football
4 months ago
By Andrew Dempsey
Andrew Omobamidele Impresses On Premier League Debut For Norwich City
Popular on Balls
Football
2 days ago
By PJ Browne
Ireland's Lee O'Connor Says It Was An 'Easy Decision' To Leave Celtic
Football
1 day ago
By Eoin Harrington
Quiz: Name Every Player To Score In A Champions League Final
Rugby
1 day ago
By Colman Stanley
Roy Keane Made Quite An Impression On Eddie Jones And The England Rugby Team
52