The former Liverpool man has made an impression at his new club. He's secured two wins from his last three - with a lone loss coming to Manchester City.

Speaking to Jamie Carragher for Sky Sports, Gerrard says he hasn't needed to make a complete overhaul at Aston Villa so far.

"Dean (Smith) did some fantastic work here so I didn't think an awful lot needed to change," he said. "Everyone spoke well about Dean Smith."

"This hasn't been a case at all of me saying, 'it's all been done wrong'. There's been some fantastic work and he signed some top players. The recruitment has been good."

Gerrard has tightened things up defensively for Villa who conceded thirteen goals in their five-game losing streak before Smith got his walking papers.

🗣 "I believe a club like Aston Villa...should compete for one of the domestic cups"

Steven Gerrard talks with Jamie Carragher on where he believes he can take Aston Villa in the next 4 or 5 years #UTV #VTWD
pic.twitter.com/HMgVKGnmd8

Last season the Claret and Blue had an impressive start to the season - before an injury to star man Jack Grealish set them further back.

"Taking Villa from where they were to finishing last season in the Premier League was a superb job," Gerrard said about their eleventh place finish.

"Obviously, I came with the side having suffered five straight defeats but based on the performances I don't think they deserved that."

Aston Villa have had a bit of a drought in Europe as of late. Their last Champions League outing came in 1982/1983 after winning the European Cup the season before.

Since then - the 1990s saw Villa become a mainstay in the UEFA Cup. Two Intertoto Cup wins in the 2000s summed up their recent European involvement.

"I look at teams from afar before I took the job, like West Ham and like Leicester, who are now part of a European journey," Gerrard said.

Gerrard hopes to bring European football back to Villa Park after more than a decade. "I believe a club like Villa need to go on a European journey ourselves so we can be taken seriously."

"We have to be competing for the domestic clubs and I see no reason why we can't. It's a realistic aim and a target."

A Trip Down Brendan Lane

It's a meeting of former manager and club captain on Sunday as Steven Gerrard Brings his side to meet Leicester and Brendan Rodgers.

Gerrard spoke of his admiration for Rodgers and even reckons the two could have won more trophies together if Rodgers had been at the club longer.

"I learned a lot off Brendan. Probably more than my previous managers because of the age I was at," he said. "Under Gerard Houllier, I wasn't a top student of the game.

"I wasn't that interested in the tactical side of it - and I probably wasn't in the early days under Rafael Benitez either."

"I believe that had I worked with Brendan earlier, we'd have had more success together for sure. I think he's a top coach and he's very slick in the way he delivers it."

🗣"It doesn't surprise me he's made that step to management. I can see that similar mindset taking that into his coaching and management career.

The former England international was entering the twilight of his career at that stage and had transformed into a more defensively minded midfielder.

He coached opposite Rodgers in the Old Firm Derby and even became the first Rangers manager to hand Rodgers a loss in the rivalled match at Celtic.

"If I didn't take stuff off Brendan, I'd be very stupid and naïve because he's going to manage at the top for a very long time," Gerrard said.

"I'm quite lucky as I worked as a player with a lot of managers that liked to be defensive and pragmatic in their style, but also towards the back end of my career, I worked with the likes of Brendan and he was very technical."

"He wanted to build everywhere and to overload in every area of the pitch so that gave me something different to think about in terms of how I wanted my teams to play." 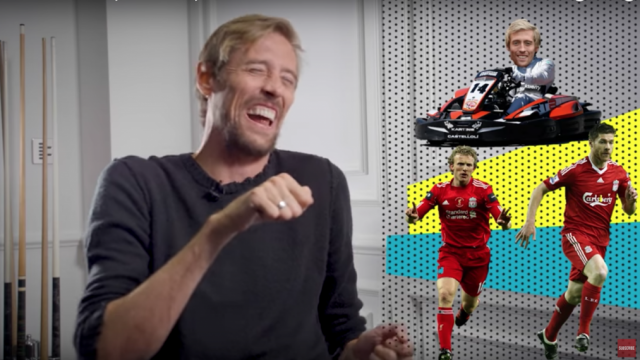