The Republic of Ireland fell to a 1-0 home loss against Wales last night in a result that could have severe repercussions for their Euro 2020 qualifying seeding. They lined out in a 3-5-2 formation, with Fulham right-back Cyrus Christie once again playing in centre midfield.

Throughout O'Neill's reign, the lack of tactical preparation or team selection methods have attracted attention. He is renowned for naming his side an hour before kick-off and doing little work on the training ground, something Liam Brady, in particular, took issue with.

Brady was speaking on Eamon Dunphy's podcast, The Stand, alongside John Giles and declared the practice as a 'big problem.'

Dunphy: Can you walk into a dressing room and deliver the team one hour before the game. All of a sudden you are playing three at the back, in this case Shane Duffy, Keogh and Kevin Long, with wing-backs and you haven't worked on it before during the week. That is simply mad, isn't it?

Brady: It is. That's just not the way it is in the modern game. That is (not) the way it was! When I made my first appearance for the Republic and John (Giles) was the manager, John told me where I was supposed to be in certain positions as regards to the midfield to where he would be, to balance it up. If the full-back went forward, that I should be in this kind of position. That's what a player needs before he plays a game, he needs to know what the manager is looking for.

The way that Martin is doing it, and it is coming out more and more now, that the players, we are getting leaks from the players that there is hardly any preparation. There's not a lot of time spent on set-pieces and I think that is shown, we haven't had enough goals from set-pieces. A set-piece isn't just good delivery. They have to be a bit of invention, a bit of movement that the opposition are not expecting.

I don't see any examples of that. I don't even see us trying anything that could work. Obviously, that is a big problem with the way O'Neill manages.

Dunphy went on to cite the wall that Ireland set-up with for Harry Wilson's free-kick as evidence of a lack of organisation: "If you were managing an amateur team you wouldn't let this happen. Harry Ater is the smallest guy in the team!"

To which Giles responded that it is down to "a lack of preparation." 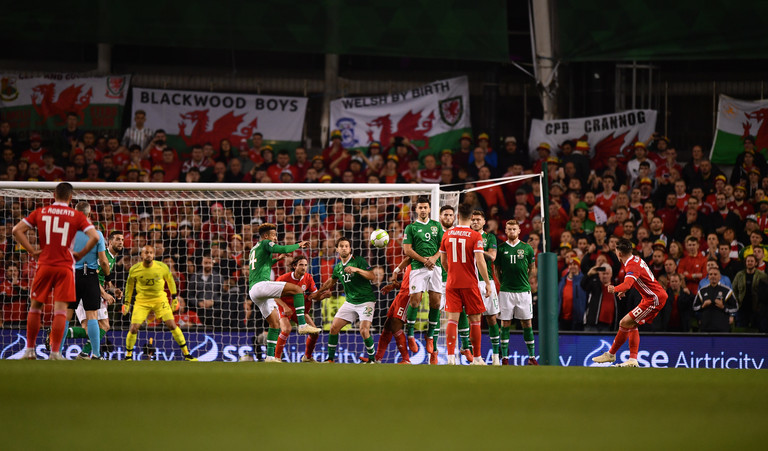 Brady did later clarify that the information was coming from former players: "The word is they don't practice things. I don't know, I have to say I don't know. I have no information that is the case but I know some of the players who have not long left the Irish team, who are still in contact and say that preparation simply doesn't take place."

There are numerous examples of such remarks. Speaking on the Second Captains podcast last year, Shay Given confirmed there is little tactical preparation prior to games:

Craig Bellamy is another former O'Neill player, having played under him at Celtic. He too shared a similar experience, while speaking to Sky Sports:

There were times you would turn up on a Friday, and you wouldn't know what formation you're playing on a Saturday, he'd just read a list, and I'd have to look at Neil Lennon and ask: 'What formation are we playing?' There was no information whatsoever.

Interestingly, Chris Sutton offered a different view prior to Tuesday nights game. He told Virgin Media Sport that this is not his experience of playing under O'Neill: "I take issue with the point, I've heard this a few times, that players aren't coached."

"I played under Martin for 4 years, and I never stepped across the white line and didn't know what my role was."

Just this week, Cyrus Christie confirmed he learned of his new position just an hour before kick-off. It seems that O'Neill is sticking with his unconventional approach.

As for Dunphy, Giles and Brady, the podcast in its entirety can be found here.

Football
2 months ago
By Gary Connaughton
Dunphy, Brady, And Giles Have Picked Their Greatest All-Ireland XIs
Previous Next

Football
3 weeks ago
By Maurice Brosnan
Balls Remembers - The French Meltdown At World Cup 2010
Football
1 month ago
By Mark Farrelly
Man United's Scout Tried And Failed To Woo Eamon Dunphy's Mother With A Turkey
Football
2 months ago
By Gary Connaughton
Dunphy, Brady, And Giles Have Picked Their Greatest All-Ireland XIs
Popular on Balls
Football
44 minutes ago
By Gary Connaughton
Quiz: Name Every Irish Player To Be Sent Off In The Premier League
1