Gianluigi Buffon's Departure Hangs Forever On The Question, 'What If?'

Barring another recalculation of his capabilities as he settles into his forties, Gianluigi Buffon made his final appearance on Irish television tonight.

Overcome by Real Madrid in the second leg of their Champions League quarter-final, that Buffon has a season to see out in the Serie A is of little or no consequence here; few will take much interest in his domestic procession to a ninth league title.

Be it with Juventus or Italy, Buffon exacted a curious hold over football fans. In Ireland, we even have the very personal moment he shared with Martin O'Neil and Roy Keane during the 2016 European championships.

He hints at something elemental, something reliably constant - something Italian; however you choose to determine the exactitude of that characteristic.

Putting his obvious qualities as a goalkeeper to one side, he has largely captured the imagination in a variety of different ways.

Akin to his former international teammate Andrea Pirlo, aesthetics play a defining role in their sustaining appeal; he has always looked the part.

Exuding a visible passion for club and country, the rapturous manner he belts out the national anthem has always been a source excitement and approval.

Perhaps also it is the longer-standing link between Buffon and the way things used to be.

Although his career doesn't quite reach back to a time when trips to Turin for English sides were a fool's errand, he has become embroiled in this era.

When in 2015 or 2017 his Juve side were pitilessly beaten by Barcelona and Real Madrid in the Champions League finals, their quest was one driven by hope. For Irish football fans watching, Juventus were, practically, and in the general assessment of where football stood, yesterday's men fighting for an unlikely victory.

This has perhaps been the foundation for the general fondness afforded to Buffon; he is unchanged. Be it in 2017, 2015, the European Championships in 2012, the World Cup in 2006 or his first Champions League final in 2003, Buffon has remained somewhat constant. 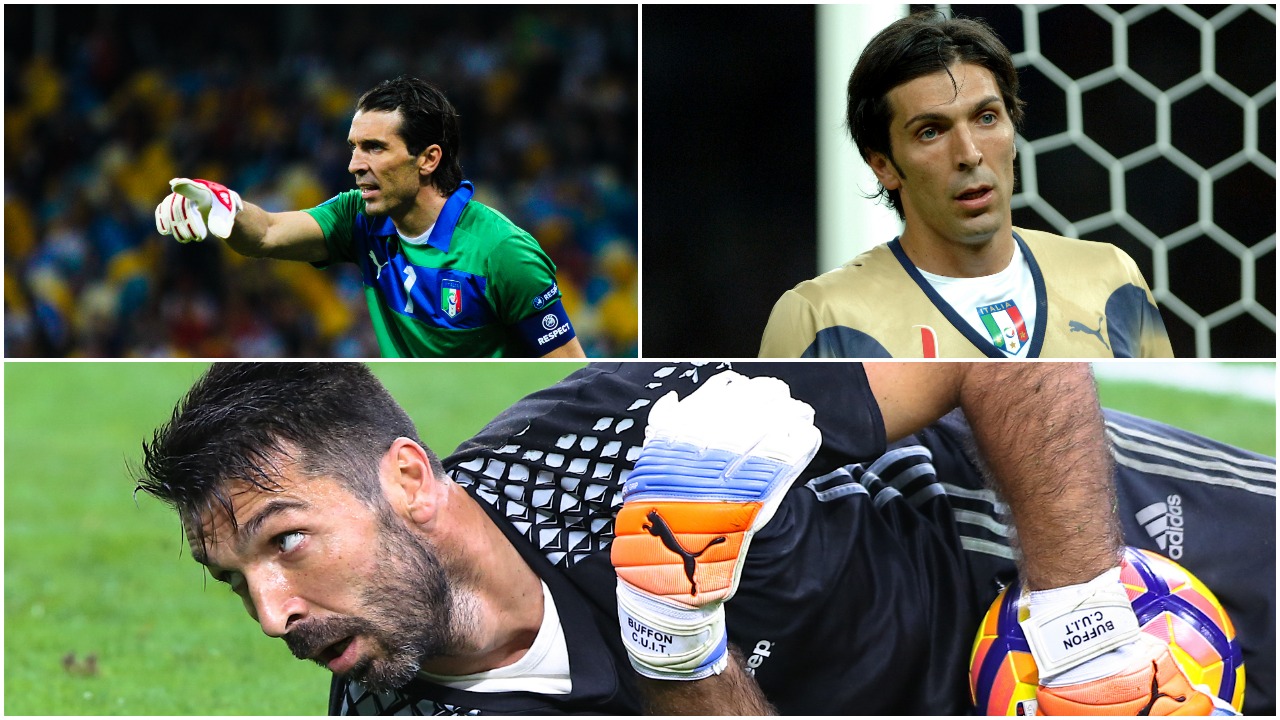 Long before he exited Irish screens tonight in a surprisingly un-Buffon like manner, he had already become ensconced along the likes of Maldini, Baresi, Del Piero etc, in our imagination.

Yet, much like the manager of the opposing team tonight, his exit will now go on and on. In his final game of European football, on our screens, he never made it to the end; he is destined to stay in that late plateau where the question will echo, 'would he have saved Ronaldo's penalty and helped Juve last a little longer?'

Yet, what will continue to strike us most of all about him is the assumed kindness he possesses; his tribute to Davide Astori on his tragically premature death simply served to ratify such assumptions.

Although it has been some time since people looked at him as a footballer (and not simply, 'Gigi' Buffon), his departure takes something of a shine away from the exotic, from the known unknown of European nights.

Football
15 minutes ago
By Eoin Harrington
Quiz: Name Every Player To Score In A Champions League Final
Football
3 days ago
By Jonathan Browne
What Became Of The Great Monaco Team That Reached The 2004 Champions League Final
Football
4 days ago
By Gary Connaughton
Ralf Rangnick Sums Up Why Modern Football Is Dominated By German Coaches
Popular on Balls
GAA
2 days ago
By PJ Browne
Insane Drama As Late TJ Reid Goal Sends Ballyhale Into All-Ireland Final
Rugby
1 day ago
By Colman Stanley
Yesterday Was Not The First Time Wayne Barnes Sent A Player Off For Getting Lippy
Rugby
22 hours ago
By Colman Stanley
Champions Cup Predictions And Permutations For The Irish Provinces
The Rewind
2 days ago
By Jonathan Byrne
The Definitive Ranking: Deli Items Ranked From Best To Worst