Giggs To Celtic: How 'Jorge Hernandez' Tricked The Football World For Thirty Minutes 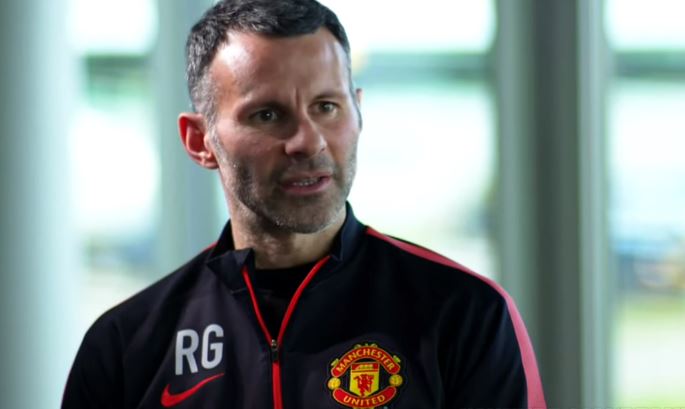 There was much wailing of tears and gnashing of teeth on the digital bulwark of cycnicism  and occasional good jokes about the porcine proclivities of David Cameron last night.

Following Ryan Giggs' failure to appear alongside Louis Van Gaal's on the Old Trafford bench, a portion of fans online decided not to watch the match and instead took to twitter to declare that Giggs was on his way to Celtic to become their new manager.

We wrote about the timeline of the rise and fall of the rumours last night, and you can acquaint yourself with it here.

The rumours were reported by numerous online outlets in a hurry to publish with the prefix of 'Rumours' or 'Reports' to ensure subsequent plausible deniability if/when the rumours proved to be untrue.

We spoke about this conspiracy today on our daily podcast The Racket.

You, sentient Balls.ie reader, will realise that Celtic have had a manager at all stages of the last 24 hours, and at no stage was it Ryan Giggs. United were forced to confirm Giggs' absence was owing to a family illness.

This fact was reported by The Independent in England, The Daily Mail, The Manchester Evening News and The Mirror with only the latter outlet not referencing the Celtic rumours.

So how, exactly, does unfounded online speculation force some of Britain's largest media outlets to test and publish its veracity?

BREAKING: Ryan Giggs has left Manchester United and is expected to become next Celtic manager in 48 hours.

This tweet from a Jorgé Hernandez attracted a substantial amount of retweets and interactions, and was posted on the Manchester United subreddit, r/reddevils. The original post we read last night has been deleted and replaced with the BBC confirmation that the rumours were untrue.

The engagement with this tweet began the momentum that ended in the BBC investigating and quashing the rumour. Still the question persists: how can one account have so many respond to it without suspicion?

It is mostly owing to the unique emotional pitch of a football match. All fans are human and humans -to quote Douglas Adams - are sentient carbon-based bipeds capable of reason. When the football is on, however, these fundamentals are shrouded by emotion.

This is not necessarily a bad thing: football is one of popular culture's greatest routes of escapism and modern journalism's quest to reduce it to an event in which we must learn five things from is largely a folly.

The internet users who launch these bogus rumours realise the extent of football's emotive powers and prey upon it, and thus need only build a superficial level of credibility. We took a look at how 'Jorge Hernandez' did it for last night's Giggs rumour:

The default avatar, the twitter egg, screams a lack of credibility. Thus a successful rumourmonger will have a relatively professional looking avatar on his/her profile.

'Jorge Hernandez' realised that the easiest way to achieve this was through identity theft. His profile picture is stolen from the Associated Press profile of Tales Azzoni, a Madrid-based journalist.: 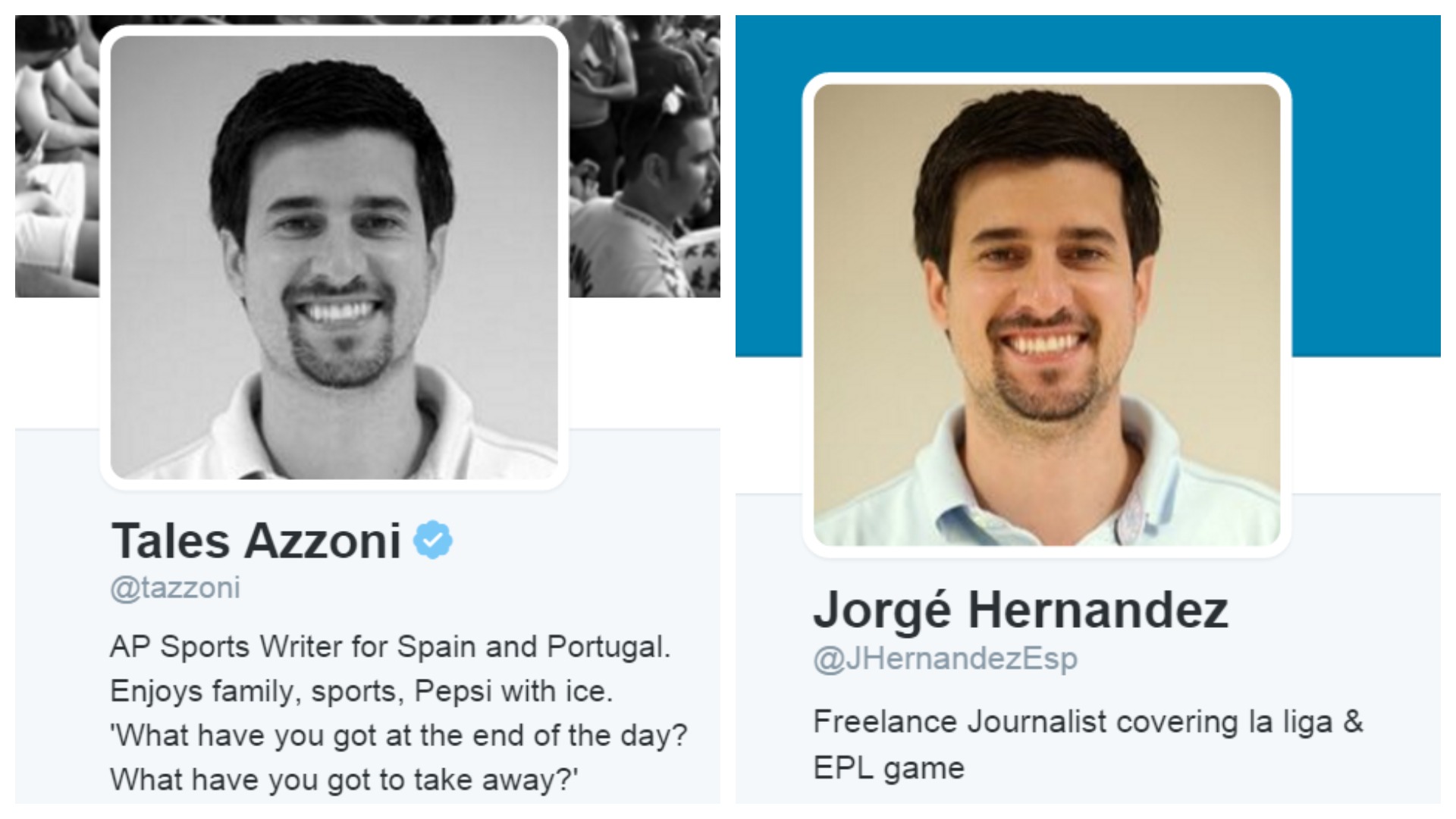 A simple step: put something in your bio to show to the causal observer that you are likely to be reporting on a story like this. 'Jorge' could have at least capitalised La Liga, however. Lazy journalism, in more ways than one.

This is where you need to put in the hard yards. If you claim to be a credible source, your number of followers will have to be at least four figures.

A respectable amount of followers for 'Jorge', particularly relative to the amount of tweets he has sent. How to build followers? You can buy them, or best just to tweet regularly for a few months before launching your rumour.

Step Four: Tweet To Show You Are Around The Press Pack

If you can show you are likely to be at games and privy to the whisperings of the press box and off-record briefings, it increases your credibility to the emotive football fan/online content creator short on time to fully investigate:

Just arrived to watch my first Valencia game under manager Gary Neville, should be a cracking game!

Just got back from a game of golf and off back to hotel before heading off to Pride Park Stadium later. I've heard good things about FA Cup

GOAL Liverpool score a second - Ojo 75' to put the side 2-0 up. Exeter fans still in full spirits to my right.

On the final tweet, a pedant would point out that the away end at Anfield is to the left of the press box, but then pedants are not his target audience.

What better way to prove you are among the press pack than showing you are good friends with some of the hacks?

Spot of breakfast with my amigo @GuillemBalague

This is online journalism's version of Tony Soprano welcoming a friend of his right-hand men into the inner circle, as 'any friend of Silvio's is a friend of mine'.

This ploy sadly backfired with Neil Custis of The Sun: 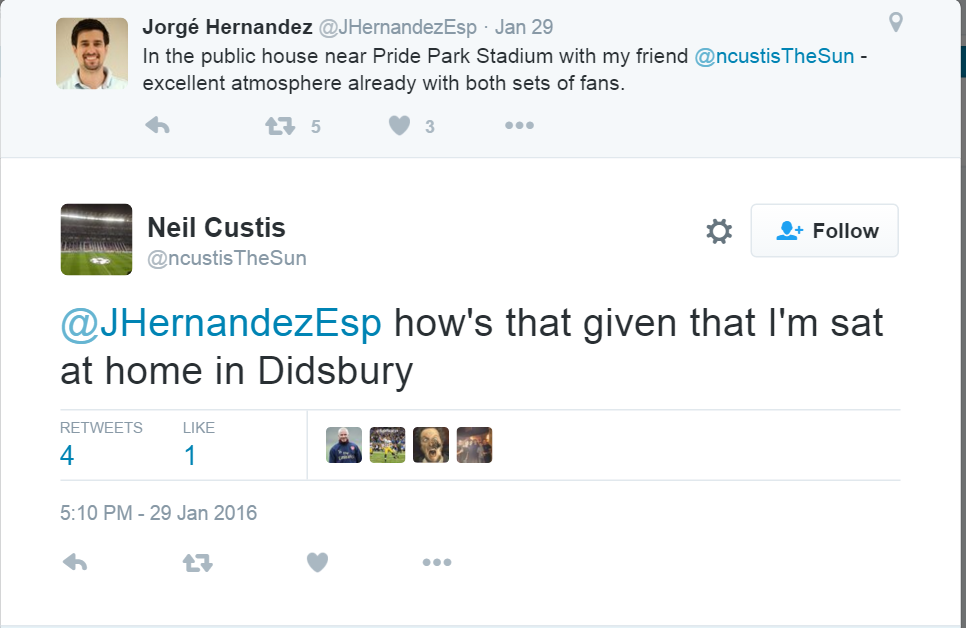 Step Six: Create Your Rumour, Withold And Target Your Prey

Of the 48 people 'Jorge' is following, 22 make explicit reference to supporting Manchester United in their twitter bio.

Step Seven: Wait for the right moment to release your rumour

With Giggs absent, 'Jorge Hernandez' unleashed his rather creative rumour and, having completed the above steps, it went all the way up to the BBC. The rumour was eventually debunked but not before Jorge had caught social media out.

Giggsy to Celtic. Smart move all round. Like shooting fish in a barrel for him.

BREAKING: Rumours Ryan Giggs has left Manchester United and is expecting to become next Celtic manager in 48 hours. pic.twitter.com/Y1CZZd24Ft

Twitter has shortened the world's attention span, yet the long-term game played by these mysterious people online is a kind of perverse heroism.

It is the limited-character equivalent of a Hollywood supervillain exploiting the hero's greatest passion to meticulously plan his attack on a city for months (from the obscurity of his lair in whatever country America are politically opposed to at that time), only to be foiled at the last minute.

This article is dedicated to Indykalia.