Much of the talk around the Euro 2020 final has revolved around England, as they face their first final in 55 years. Italy had gone somewhat under the radar in the days leading up to Sunday's showpiece - until Giorgio Chiellini came firing out with some clear mind games on Friday evening.

Chiellini has been a crucial part of an Italian defence that has hugely impressed throughout the tournament. The 36-year-old is at his sixth major tournament with the Azzurri, and was speaking ahead of his second major final, having come off injured in the EURO 2012 final.

When asked about the English team, Chiellini praised their efficiency - but fired a parting shot at their style of play,

They might not be easy on the eye, but they are hard to beat. I immediately thought England would be a serious candidate to win the Euros. They have quality and physicality, are solid and organised.

The Juve centre-back then ramped things up a notch, as he suggested that England had home advantage to thank for their place in the final.

They reached the semi-final at the World Cup, plus it was predictable England would be in the final of the Euros, as they played six out of seven games on home turf.

The comments may seem somewhat hypocritical, given Italy played all of their group games in Rome, but the advantage for England has been huge. In a tournament that has involved travel from as far as Saint Petersburg to Glasgow, England have not had to travel further from London than Rome - and even then, only for one match.

Nonetheless, Chiellini was largely complimentary towards England, and praised their star man Harry Kane, along with their depth off the bench.

Kane is a player I have always liked a great deal. I remember one of his first internationals in Turin and he immediately made a good impression on me. We’ve been fortunate enough to play against Tottenham, so I know him well.

England aren’t just Kane, though, as they also have exceptional players attacking down the wings. Their bench alone could win the Euros.

It’s going to be a great game of football, neither side will be afraid and we’ll both respect each other.

The Italian veteran will have to hope that Kane does not hold a vendetta against him for his 2018 comments about Spurs. After Chiellini's Juve knocked Tottenham out of the Champions League, the defender commented about the history of Spurs being defined by near misses.

What was already an exciting final matchup has only been made even more enticing by Giorgio Chiellini's comments. It will be fascinating to see if tensions rise on Sunday evening at Wembley.

SEE ALSO: We Subbed Ireland Into The European Championships, Here's How We Did 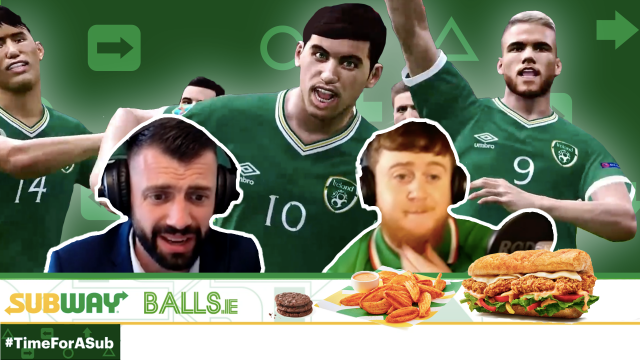