Republic of Ireland manager Mick McCarthy has a fresh headache to deal with ahead of their Euro 2020 play-off campaign with Glenn Whelan set for the exit door at Hearts.

The 35-year-old has been a mainstay in the Irish midfield for McCarthy during the European qualification campaign, with the Irish manager repeatedly stating the importance of regular game-time at club level. But with Whelan now set for an exit from Tynecastle, the situation is less than ideal from an Irish perspective.

The Dubliner has fallen out of favour with new manager Daniel Stendel, despite having played a part in the first three games of his tenure. Whelan wasn't included in the Edinburgh Derby clash with Hibernian on St Stephen's Day, with the manager claiming that he doesn't see him as a natural leader. 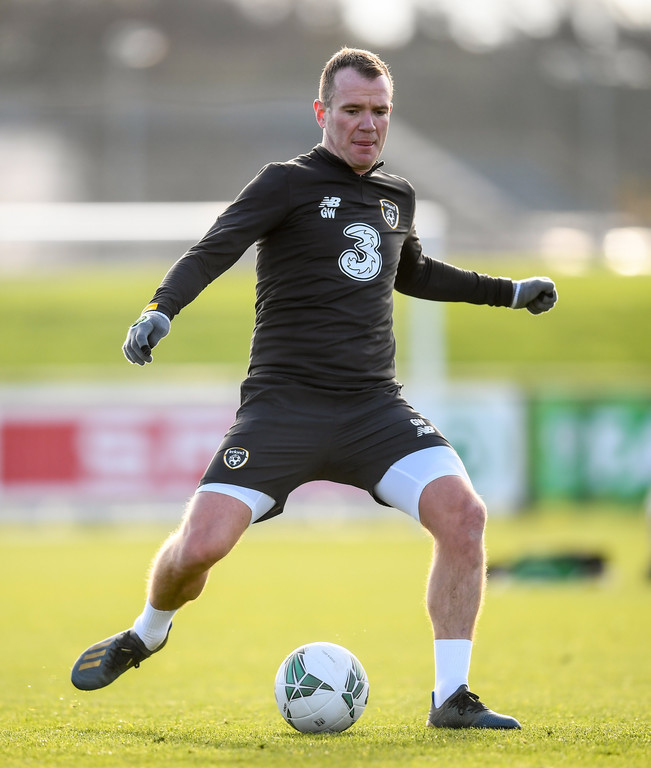 He has also been left out of the squad for tomorrow's clash at home against Aberdeen.

Speaking after the 2-0 loss at home to Hibs, Stendel said:

I can say he is a good type. He wants to take the responsibility but I have seen only three games.

Do you have the feeling he is a leader in this group? It's not Glenn's fault – but a real leader in the centre of the pitch? Sorry. Maybe I missed it.

Before I came here, they signed some players who have experience and are the right age to take the responsibility but maybe they are not fit at the moment or they cannot handle the situation at the moment.

The Irishman arrived in Edinburgh on a one-year deal during the summer from Aston Villa, after helping the English side clinch promotion to the Premier League alongside fellow Irishman Conor Hourihane.

But Hearts have only registered two league wins this season and thus remains cemented to the bottom of the SPL table. Now the club's new manager is looking to offload a number of players before bolstering his side with new signings.

At the moment I can't say we will bring in this player or that player.

We need the right mentality and the right attitude, and we need them not to be injured every two weeks.

At the moment we cannot be satisfied with the performance from some players. The question is: is this the quality or the situation or the mentality? Is there too much pressure? I don't know. I think it's both confidence and quality.