The Republic of Ireland ended their World Cup qualifying campaign on a high, even if qualification itself was out of reach.

Goals from Shane Duffy, Chiedozie Ogbene, and Callum Robinson sealed the game against Luxembourg in a positive second-half performance for the boys in green.

Ireland finished third in their group, which might not seem that bad after a disappointing start. They ended the campaign eight points off second-placed Portugal.

A lot of the talk before the game centered around the future of Stephen Kenny. Despite good performances against the likes of Portugal midweek, Luxembourg appeared to be a must-win.

Kenny has silenced some doubters with a three-goal win despite the lackluster opposition. It's likely it'll garner more support in getting a new contract.

Former Republic of Ireland international Glenn Whelan was on Sky Punditry duty and had his say on Stephen Kenny's reign so far:

I think he's come in and obviously, he's mentioned the young lads that he's brought through. I think he's always going to have some doubters. The four wins that he does have are against nations, don't get me wrong, so-called smaller nations. As Ireland, we should be beating them.

Whelan currently plays for Bristol Rovers in League Two and managed to earn 91 caps playing for the Republic of Ireland over eleven years.

During that time, he played under Giovanni Trapattoni, Martin O'Neill, and Mick McCarthy, so he's had his fair share of managers.

"If you listen to the players, they're all backing him and everyone's behind him with the fans and everyone. If they were to make a change then the last two years might be lost on what he's trying to do," Whelan said.

"Who else is out there? If they were to change the managers. He's done an okay job not a great job just yet. We'll be looking at the right results in the next campaign. "

Despite an air of skepticism, the Sky Pundits lauded Kenny for blooding players from underage level and bringing them into the senior setup.

That's something Whelan thinks is the main reason why he's at the helm:

I think this is part of why Stephen got the job. He was the 21s manager for a long time and part of the process was to bring these lads through and they're getting caps and game time. It's terrific for them and for the fans to see the young lads come through.

For Stephen Kenny, the talk around his contract will go long into this week and the results and performances will be analysed to a great degree.

But for Whelan, it's just improvement that's needed from the bigger picture, despite a positive night in Luxembourg.

"I think we'd just like to turn these draws into wins and be really fighting up near the top of the table." 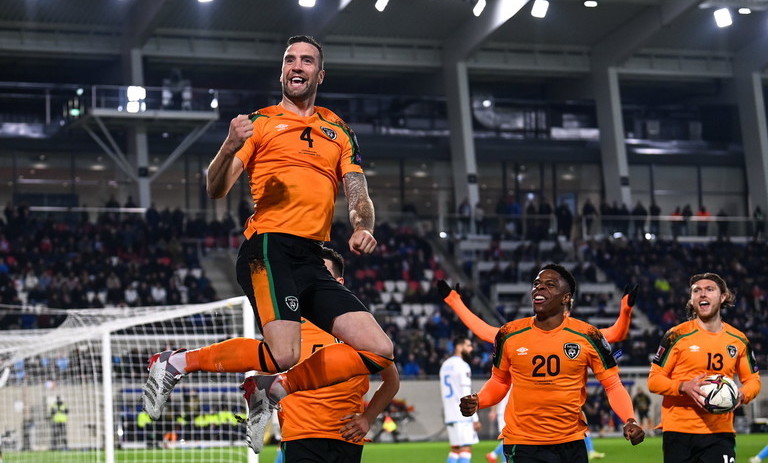