The Glorious UEFA Cup Winning Parma Team Of 1999 - Where Are They Now?

It's a sad day for lovers of a class, sophistication and classy sophistication. Parma have been demoted to the regionalised Serie D after failing to find a buyer to stop them entering bankruptcy.

One of the iconic Italian sides of the '90s and early '00s, Parma have since fallen from grace in a dramatic fashion and it is very disappointing to see for many of us who adored Football Italia. 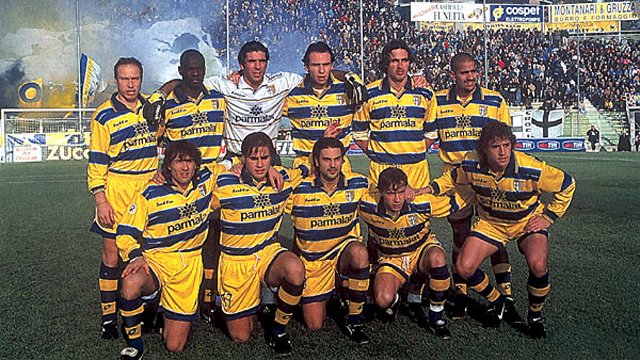 It's crazy to think that a club which finished 6th in Serie A last season should now find themselves in a situation where they cannot afford hot showers, but that is the reality for Parma at this point in time. Failure to pay their players and the cancellation of last weekend's match with Udinese are further indications that the growing debt that is looming over the club may just be too much.

With such dark clouds forming over the Stadio Ennio Tardini, we wanted to take a look at a time when skies were brighter, and what better team to do just that, than the 1999 UEFA Cup winning side which was absolutely stuffed with talent, and we'll also tell you what they are up to today.

Also, it's worth giving a nod to the absolutely gorgeous Parma kit that the team wore en route to a Coppa Italian and UEFA Cup double in 1999. 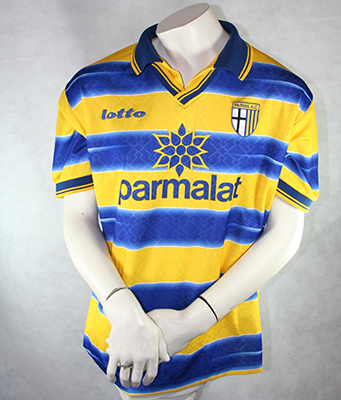 The team that started the 1999 UEFA Cup Final. 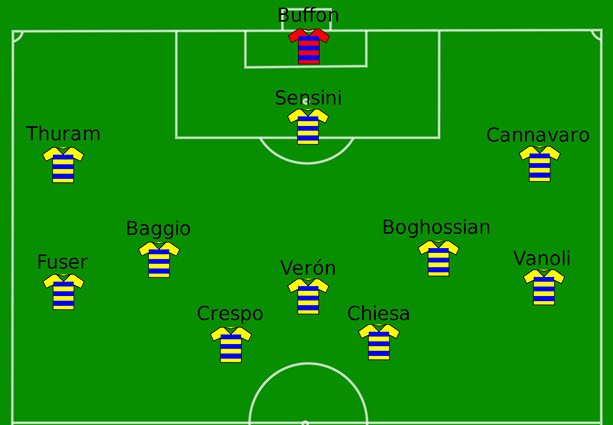 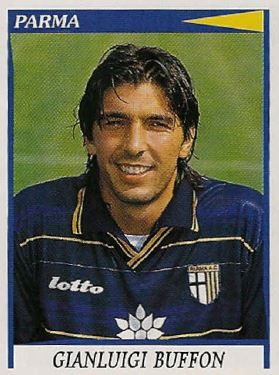 Little needs to be said here. After climbing up the youth ranks at Parma, Buffon was eventually sold to Juventus for a staggering €51m, making him the most expensive goalkeeper in the world. It would prove to be worth it, as Gigi still stands between the sticks for Juve today. 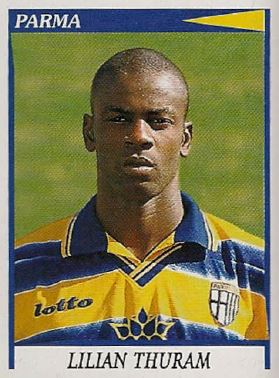 Another one who would be snapped up by Juventus in 2001, Lillian Thuram was a world-class defender. After joining Barcelona in 2006, he retired at the Catalan club in 2008 and has since been actively involved in French politics. 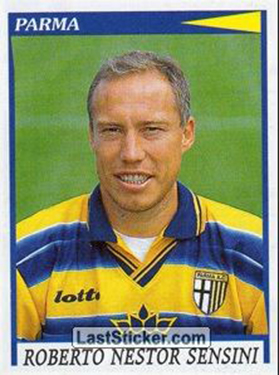 The experience at the heart of Parma's team, Sensini would go on to play for Lazio, then Parma again, then Udinese where he retired from playing in 2006, but it was there that he was given his first managerial role, although it only lasted a single month before he was sacked. He then returned to Argentina where he continued to manage, and today he is in charge of Atlético de Rafaela. 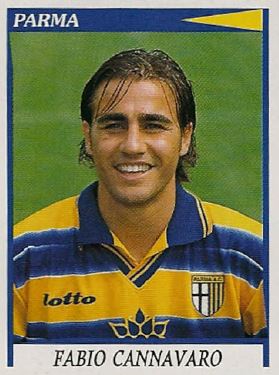 Cannavaro would go on to play for the likes of Inter, Juventus, and Real Madrid, as well as captaining his country to a World Cup win in 2006 which was the main reason for him winning the Ballon D'Or in the same year. Believe it or not, he was recently the manager of Chinese club Guangzhou Evergrande, before he was sacked last month. 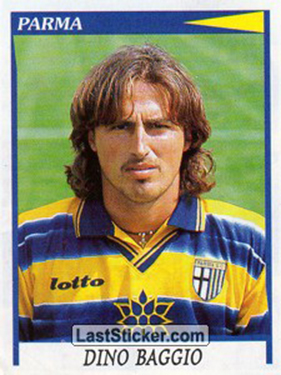 Dino "The Other" Baggio was a tenacious box to box midfielder who left Parma for Lazio the following season, and even found himself at Ewood Park, making nine appearances in a loan spell at Blackburn in 2003. He has since faded out of the public eye after retiring away from football. 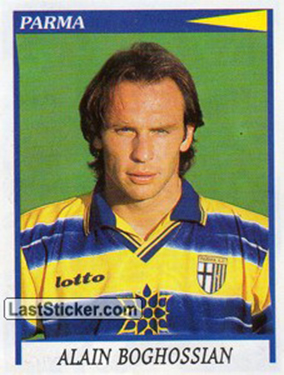 One of the few who stuck around initally instead of joining the mass exodus of this great Parma side, a swansong season in Espanyol was the final adventure for this French midfielder, who picked up a World Cup winners medal in 1998. Worked as a coach for the French national team with both Laurent Blanc and Didier Deschamps. 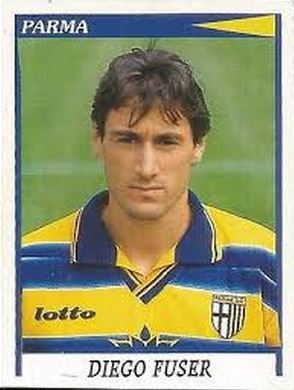 Incredibly, Italian wing-back Diego Fuser is still playing at 46 years of age. Granted, it's for non-league side Colline Alfieri Don Bosco, but still, what a hero. 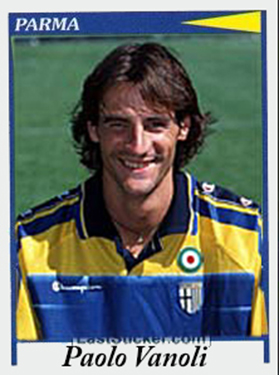 After stints at Fiorentina and Bologna before a spell at Rangers in 2003, Vanoli retired from the game in 2007 and has recently been involved with youth coaching in the Italian national setup. 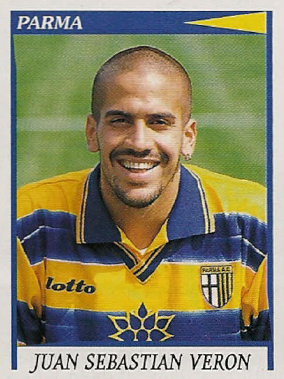 Veron joined Lazio in the weeks immediately following the 1999 UEFA Cup win, and became known as one of the World's best players. He famously flopped at Manchester United and Chelsea after both clubs shelled out a lot of cash for his services, and a pit-stop back in Italy with Inter preceded a trip home to Argentina where he played until last year. 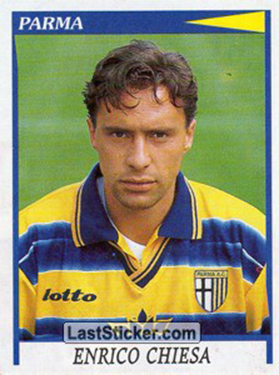 Scorer of the third goal in the 99 UEFA Cup final, Chiesa would continue to bounce around Italy before hanging up his boots in 2010. He now works as a television pundit. 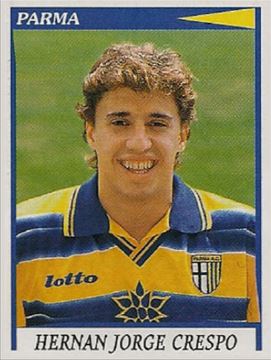 Parma's talisman in that legendary season, Crespo enjoyed success at both Inter and Chelsea after leaving the club, but he returned for another spell in 2010, where he retired in 2012. Currently working as a youth team coach for Parma and was recently quoted as saying that the club could not even afford hot water for dressing room showers.

We don't even have water for training. We are having to take showers with cold water and many times my players have gotten ill.

So there you have it. Despite winning the Coppa Italia and the UEFA Cup in 1999, this glorious Parma side was picked apart by their Serie A rivals, and never quite hit the same heights. A shame for sure, but not as much as the current situation at Parma which we can only hope ends happily ever after for this historic and iconic Italian football club.