Queens Park Rangers manager Mark Warburton has suggested Irish youngsters Conor Masterson and Olamide Shodipo could go out on loan in the near future.

Masterson signed for the Championship club after leaving Liverpool last summer and made his debut in the FA Cup last weekend during a 5-1 win over Swansea.

Leixlip's Shodipo is also at the club Warburton is hopeful that both of the Irish U21s get more game-time with a temporary move. 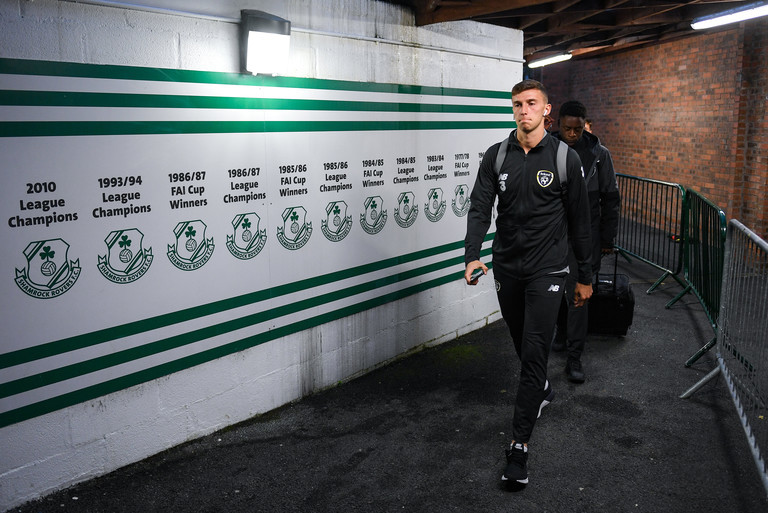 "He (Masterson) did very well but you have to understand the level of Championship football that they play week in, week out and our job is to develop the young players," Warburton told the Kilburn Times.

"So do you develop by sitting on the bench here, hoping to get five minutes because you've got Grant Hall back, Yoann Barbet back, Toni Leistner back, or do you go out and play 15 games?

That's the decision we have to make. There's a very good chance he could go out on loan, maybe if the right opportunity comes along, if not I've got no problem using Conor.

If they're in your squad, trust them. If you don't trust them, don't put them in your squad. If Conor plays against Brentford or against Leeds, no problem.

Masteron made it clear he was delighted to finally make his debut post-match: "It was a long time coming but it was an unbelievable feeling," he told the club's website.

Team-mate Shodipo came off the bench in the same tie. He has spent time at Colchester and Port Vale in the past with limited game time at QPR.

"He's another player that needs to go and play," Warburton added.

"You can stick them on the bench and say it's great to see them on the bench. Go and play 15 games, 18 games. Go and terrorise a level, come back with rave reviews as Ilias did at Stevenage, have 10 clubs phone you in the summer to say they want to take you on loan and that tells you you're in a good place.

"It's a challenge for these boys to go out and that's the job but the best players go out, they learn from it.

"David Beckham went out to Preston, (Alex) Pritchard went to Swindon then to Brentford and played 44 games for us then gets his Premier League move.

"They have to go through that. It really toughens them up and prepares them for the challenge of Championship football."

QPR are currently 15th in the Championship table, six points off the playoff spots.