Graeme Souness had a hell of a career.

The midfielder was at Liverpool during the most successful period in the club's history, winning five league titles, three European Cups, and three League Cups in seven seasons at Anfield. He was also named in the PFA Team of the Year on four occasions and actually won the European Cup Golden Boot in 1981.

He was also part of a supremely talented generation of Scottish players, playing in three consecutive World Cups from 1978 to 1986.

While it may seem somewhat of an alien concept now, this period was one where the best clubs in England boasted a number of Irish players. Souness would have played with the likes of Ronnie Whelan, Mark Lawrenson, and Steve Heighway at Liverpool, as well coming up against other Irish players on countless occasions.

Speaking to members of the media last week as part of his role as a Sky Sports pundit, the Scot was asked about his favourite Irish players. He went with one of his former teammates.

Paul McGrath was ridiculously good, Liam Brady from my generation, Roy Keane. All those have been fantastic players.

I saw a young man come into the team slightly feeling that he didn’t belong, then I watched him grow into one of the most fabulous footballer in terms of understanding the game, being cute. He was really talented and a great footballer for Liverpool...

He played on the left, then he gravitated in and became a fabulous central midfield player. He was the guy on the pitch that had the most touches and could be a major influence tactically at the club. 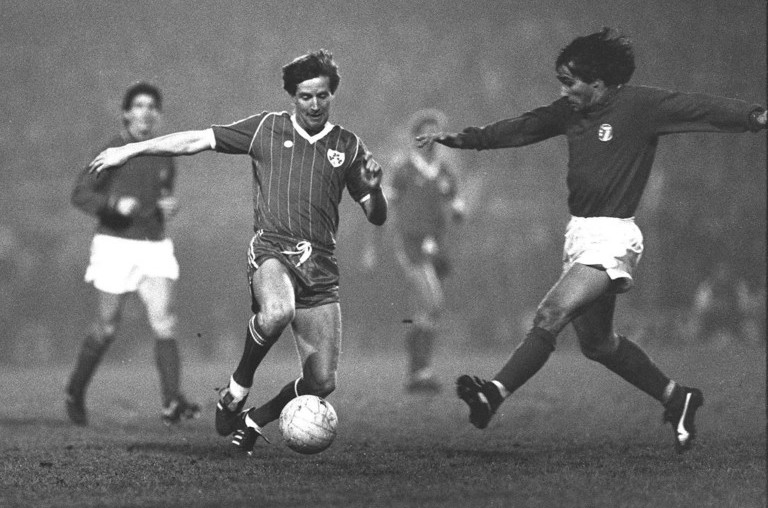 Whelan wasn't the only Irish player that Souness was a fan of. He revealed that he had recently watched Liverpool's 1984 European Cup final win over Roma, a team that contained the likes of Bruno Conti and Francesco Graziani. According to the Scot, Mark Lawrenson and Alan Hansen 'never gave them a kick'.

He went on to label Lawrenson as the premier centre back in the game during this period, one who would get into any Premier League team today.

In terms of what Irish players he found it most difficult to play against, there was a clear winner on that one.

Souness' top flight career only overlapped with the closing stages of Johnny Giles', but despite the fact that the Irishman was getting up in years, the former Liverpool midfielder admitted that Giles was one of the few players he could never 'lay a finger on'.

He was an absolute rascal...

I was a young man learning the trade and I can remember Ayresome Park (old Middlesborough ground) the corner flag and someones put a short corner to me and as I've played it first time, I didn't know he was on my shoulder and [Giles] has gone 'hey, have some of that' and he's given me six studs, a real stinger.

I say to people, there's two players, there is now three. There's three players I've never laid a finger on in my career.

You know, in those days that was part of my job because I was big for a midfield player and one was Zico, too cute, had the radar of a... another one was Alan Ball and I've got to throw Johnny Giles in there you've reminded me. I caught Bremner a few times but could never lay a finger on Johnny.

Graeme Souness is a Sky Sports analyst. Sky Sports will show 64 matches – 39 exclusive to subscribers and an extra 25 available more widely on Sky One. Premier League action returns with a double-header on 17 June.

SEE ALSO: How The Irish Underage Revolution Is Flourishing With Kenny At The Top