'The game's gone soft' is one of the more common clichés we often hear from the 'proper football men' of years gone by. If Graeme Souness' 1988 horror tackle on Romanian legend Iosif Rotariu is a fair representation of what the game used to be like, then perhaps the more moderate levels of 'hardness' we see in the modern era of football is no bad thing.

Prior to making his living by seething at Paul Pogba in the Sky Sports studios, Graeme Souness had a long career in football as both a player and manager. His on-field career was hugely successful, captaining Liverpool where he won five league titles and three European Cups, playing an important part in the most successful period of the club's history. 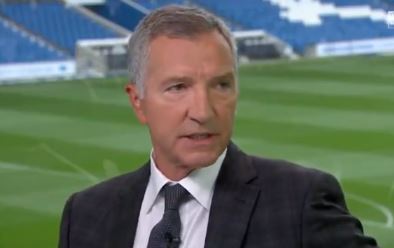 Along with his impressive collection of medals, the former Scotland midfielder is remembered for being one of the most notorious 'hardmen' the British game has ever seen. This 'tackle' while playing for Rangers against Steaua Bucharest in the European Cup is just an example why.

Commentator Archie Macpherson's hilarious understatement of "ooh....that is a booking" is almost as comical as Souness' attempt at deflecting attention from the referee, by pointing to his calf which he felt had been caught moments earlier. A truly shocking challenge that ages worse every year that goes by.

The player on the receiving end, Iosif Rotariu, recently spoke to Romanian sports outfit GSP about just how serious the tackle was, and how fortunate he was to live to tell the tale all these years later.

My lymph nodes burst during this tackle. At half-time the doctor used a syringe to draw off the lymph fluid. My leg started to swell heavily. He put a bandage around my thigh. I didn't feel my leg anymore but I kept playing. I was not in pain because I didn't feel my leg. After the game my leg continued to swell. The doctor had to draw off the lymph fluid again. I was operated the very next morning.

Because of it I missed the European Cup semi-finals against Benfica. I was out for two months. The boots didn't have these small plastic studs of today to prevent the players having calluses. The studs were big and made of iron. His tackle left deep wounds. The surgeon told me it could have been fatal for me if his boot caught me just a few centimetres higher.

One of Graeme Souness victims told the story of a horrific tackle. During our morning show Romanian legend Iosif Rotariu (now 57) said his life could have been in danger following one of the worst tackles in football history. #gsplive pic.twitter.com/dwoQTsV7rS

This tackle is a reminder why we often see Graeme Souness' eyes light up when there is any kind of edge in a game while he is on punditry. It's also a reminder that while some of the handbags and play-acting that we see in modern football can be grating, it probably isn't the worst thing that the laws on tackling have tightened up over the years.