It is not often that one of the true powerhouses of European football make their way to Ireland for a competitive fixture. While AC Milan are not quite the side they once were, there is no doubting that they still belong in that bracket.

They will play Shamrock Rovers on tomorrow night, with the League of Ireland side hoping to pull off a massive upset in the one-off Europa League tie at Tallaght Stadium. The eyes of the country will be on them.

That won't necessarily phase those on the pitch.

While it is a relatively young Rovers side, they do boast a number of players with experience of both European and English football. Amongst them is Graham Burke, who when speaking to members of the media yesterday, admitted he would not let the calibre of opposition affect his focus.

Football is a game, a game of enjoyment, if you put too much pressure on yourself going into things and thinking about things it gets complicated.

A game like that is all about enjoyment, you need to have discipline and work hard but you go into it with a bit of freedom and try to play your own game, because it's going to be a game you look back on when you retire, will always stick out for you, whether you played well in the game or played bad you want to remember the game and not think as one that got away from you.

There will be a lot of defending we'll have to do, try and play our game, whether we can play our game as free-flowing as we normally do. It's an unbelievable occasion, you just want to try and enjoy it. 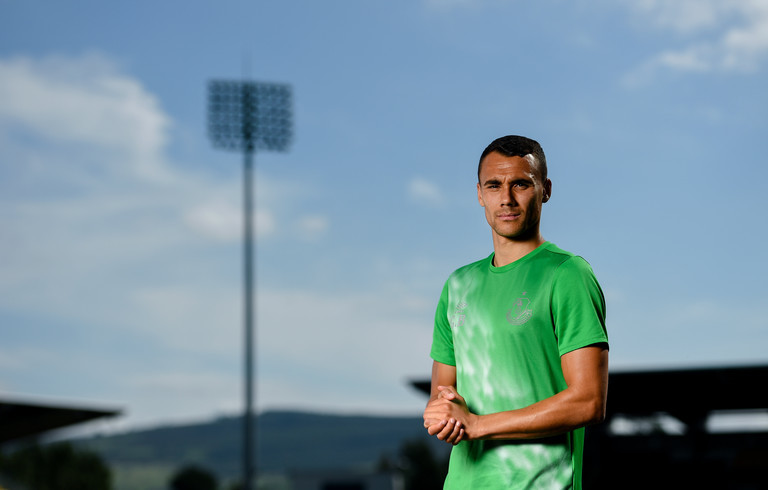 That's not to say Burke is taking tomorrow's opposition for granted.

He has come up against some quality players in his time, naming Kylian Mbappe as the best player he had faced, sharing the pitch with the Frenchman during his Ireland debut in 2018.

He has a feeling this AC Milan team will boast players of a similar calibre.

These are going to be the best players that we have ever played against and the best players who have graced the Tallaght football pitch, you know. There are so many options that they have and one of the greatest strikers to ever play football is playing up front.

People might not think because of 2005 and the team they had then with world class stars, but this is going to be the highest level of football that we have played against.

As a result, he believes all of the pressure in this game is heaped upon the shoulders of AC Milan.

I don't think there is too much pressure on us. If we do win, it's going to be the biggest upset in Irish football history. It's going to be a brilliant occasion and I'm sure you all can't wait to see how it pans out...

I think all the pressure is on AC Milan. For us it's a game to relish going out to try and beat such a team as AC Milan. If you ask anyone who has the most pressure on them, it's AC Milan.

It could be a famous night in Tallaght.