When Aaron Connolly burst onto the scene with a brace in his first Premier League start for Brighton, hopes were high that he would quickly establish himself in the English top flight.

Despite some early promise, that has not proven to be the case.

As time has advanced, the Galway native has found it increasingly difficult to force his way into Graham Potter's plans. The forward has started only one league game this season and there have been some hints that he is not entirely happy at the Amex.

Stephen Kenny suggested recently that Connolly may need to go out on loan in order to get his career back on track, something that has now come to fruition. Middlesbrough manager Chris Wilder has confirmed that the 21-year old will join the Championship club on loan until the end of the season.

Chris Wilder confirms Middlesbrough have agreed terms to sign Aaron Connolly on loan from Brighton, but he’s not allowed to register him in time to face Sheff United tomorrow despite Covid outbreak.

It will be encouraging to see Connolly play some regular football in the months ahead, but will he be in Brighton's long-term plans after the end of the campaign?

Speaking this afternoon, Seagulls boss Graham Potter said that will be largely down to how the Irishman performs in the months ahead.

I have nothing to confirm yet but that is the intention (that he will go to Middlesbrough).

That's the the hope, that's the idea (that he will come back to Brighton). There comes a point where you need to play and let football do the talking.

Then we will see from there.

It certainly sounds as though he will have to put in some big performance if he is to force his way back into Graham Potter's plans, although Shane Duffy is living proof that the Brighton boss is willing to give returning loan players an opportunity.

Connolly will also be hoping that an uptick in his form will see him come back into the Ireland fold. Whereas he was perhaps once seen as the most likely contender to be the main attacking threat under Stephen Kenny, his lack of development over the last year or so means he still has plenty to prove on the international stage. 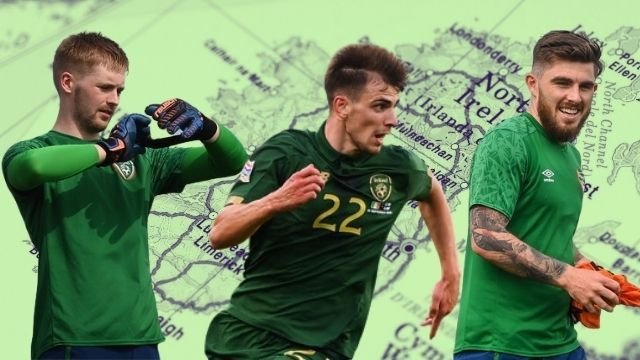