The Greatest Transformers In The History Of Professional Sports

Seeing as Transformers: Age of Extinction opens nationwide in Ireland this Saturday we've put together a list of sports stars who've transformed themselves over the years; whether it be physically, mentally or even some guys who've completely changed sports! 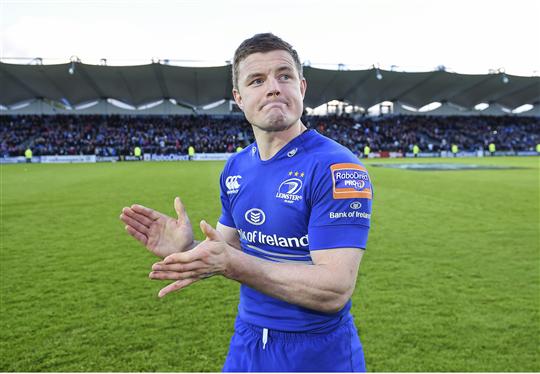 It takes a special type of athlete to make a drastic change in their profession. Whether that alteration is moving to a new position, altering your style or switching sports completely, it is a momentous feat if it is successful.

Here is a list of transformers who were willing to put it all on the line and adapt to something new. These sporting Autobots are a testament to the strength of the human spirit in the quest for greatness.

The Irish man began his career as a centre forward for Luton Town in the Second Division. When Doherty signed for Premier League outfit Tottenham Hotspur, he settled into a defensive role. Doherty primarily played as a centre back his club career but when he got the call for the national side, he reverted back to playing up front. The Ginger Pele scored four goals for Ireland.

Quinn is one of the highest scoring Irish players of all time. The Dubliner made a name for himself in English football for his penchant for scoring at top clubs such as Arsenal, Manchester City and Sunderland. His most memorable game for City came in 1991 against Derby County. Quinn scored a goal early on but when Tony Coton received was sent off, he was called upon to stand in between the posts. He even saved a penalty to help City win the game 2-1.

The top try scoring Irish rugby player of all time utilised his pace as a youth. After all those heavy hits mounted and he lost that yard of pace in his later years, BOD had to completely reinvent himself as a rugby player. The centre bulked up and transformed himself , ultimately becoming one of the all-time greats.

Jordan is widely regarded as one of the greatest basketball players of all time. The six-time NBA championship winner decided to hang up his high tops in 1993 and trade them in for baseball cleats. Although he never made the major leagues, the five time NBA’s Most Valuable Player spent a full year trying his hand at baseball before returning to the NBA to play for the Washington Wizards.

Sanders was a remarkable athlete. He simultaneously played in the NBA and MLB, capitalising on the fact that the seasons don’t overlap.  Sanders has two Super Bowl rings, one with San Francisco 49ers and another he won with the Dallas Cowboys and also played in the 1992 World Series for the Atlanta Braves.

Galwey is recognised as one of the great pre-professional era Irish rugby players. He was one of the players that defined a generation of Munster rugby and also had some success at international level. Before joining Munster, he played intercounty football with Kerry. Galwey played three years with the Kingdom, winning  a Munster and All-Ireland title,