DUP MP Calls For Rangers Title To Be Recognised In Parliament

Gregory Campbell has tabled a motion for Rangers' 55th Scottish title win to be recognised in Westminster.

Rangers claimed the championship on Sunday when Celtic failed to beat Dundee United. The win stopped Celtic's bid for a 10th consecutive title.

"As a lifelong Rangers fan, I am delighted on a personal level but a success of this magnitude, given the previous problems at the Club, should be recognised by the national Parliament," said East Derry MP Campbell.

"Not only is this a massive achievement but record setting in so many ways. The team has been undefeated this far in the league season and the earliest in the season that the Scottish title has been won in 119 years.

"It is right and fitting that Parliament sends its congratulations and marks this incredible effort for the players, management and back room staff."

I share folks’ anger at this. Everyone has made so many sacrifices in the past year & seeing a minority risk our progress is infuriating & disgraceful. It is deeply unfair to the entire country, and the police have a hard enough job already. Please ask fans to go home @RangersFC https://t.co/haH5DAzhIh

The wording of Campbell's motion reads:

"That this House notes the fact that Glasgow Rangers FC won the Scottish League for a world record fifty fifth time, congratulates Manager Steven Gerrard, squad, backroom staff and all associated with the Club on an achievement that included being undefeated throughout the league season up to winning the title and had conceded only nine goals in those thirty-two games, winning the title on the 7th March 2021, the earliest date it had been won in one hundred and nineteen years." 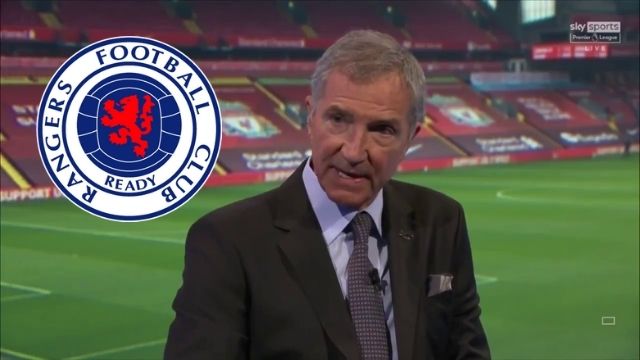