MOTD Highlight A Vintage Piece Of Shithousery By Harry Arter

Eddie Howe bemoaned an extremely poor Bournemouth performance yesterday, as their own brand of tiki-taka by the sea yielded a timid 2-0 defeat to Watford.

Hary Arter, however, managed to get himself a prime bit of Match of the Day real estate. It wasn't through a particularly outstanding performance, unfortunately, but instead through a bit of crafty japery.

With the game still at 0-0, Watford had a great chance as the ball was pulled back to Nathaniel Chalobah, who was unmarked at the edge of the penalty area. Just as he prepared to pull the trigger he inexplicably allowed the ball roll past him, which allowed Arter come away with the ball. Chalobah exchanged words with Arter after the incident, and the Match of the Day lens revealed that Arter had called out for Chalobah to leave it. 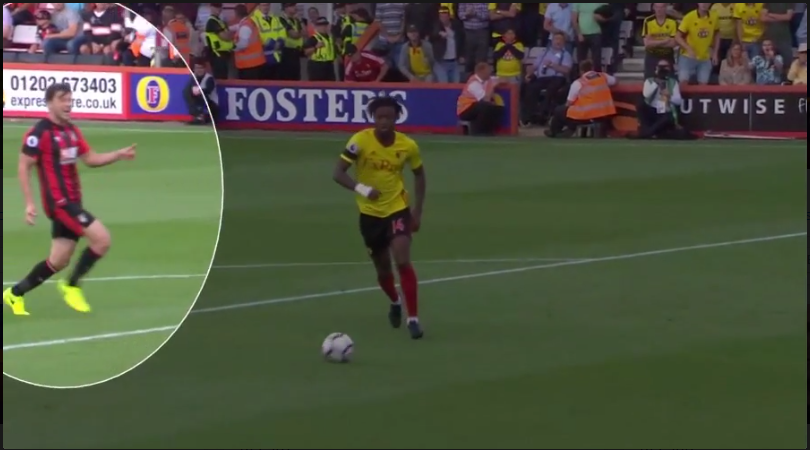 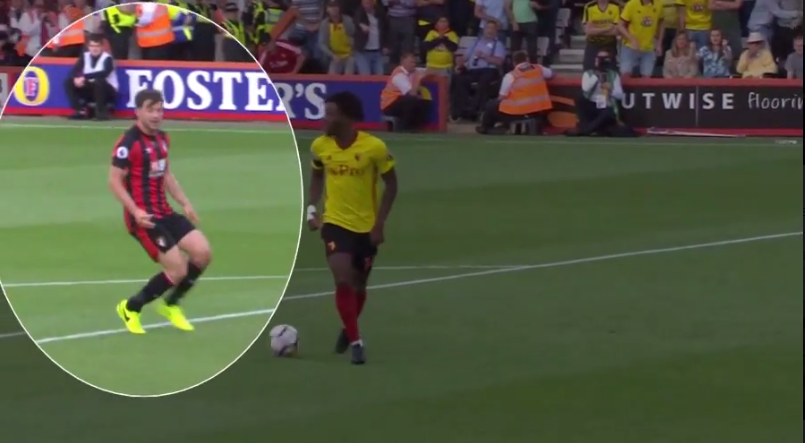 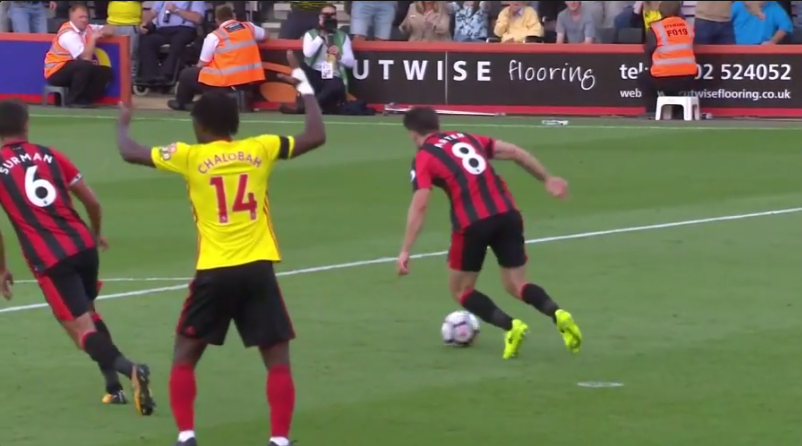 Gary Lineker and Jermaine Jenas said it should have been a foul, and it is often penalised at underage level (albeit on a very inconsistent basis), under the umbrella of disrespecting/deceiving an opponent, which is considered unsporting behaviour.

See Also: Jon Walters Taking The Piss Out Of The Chelsea Bench In Italian Is Pure Gold