Harry Arter was in the the thick of it on his Premier League debut for Cardiff City over the weekend. The 28-year-old joined Neil Warnock's men on loan from Bournemouth until the end of the season and has already won over some the supporters with his industriousness, whilst also drawing the chargrin of opposition fans for an extremely robust tackle on Newcastle's Brazilian midfielder Kenedy.

Away from the football pitch, the Ireland international has also been on the defensive after Chris Sutton gave short shrift to his side's chances of staying up this season. 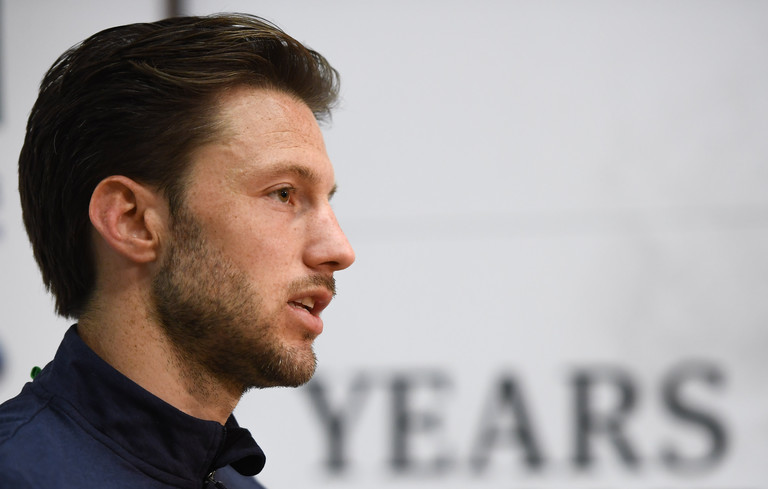 After their opening day defeat to Bournemouth, Sutton was speaking on the Welsh club's chances of beating the drop and could not have been more gloomy in his prediction, even going as far as to say the Bluebirds could record a record low points tally:

Cardiff are not going to score enough goals, they are not good enough to stay in the Premier League

I've got a lot of time for Neil Warnock, he's a fighter, he's got sides up. I think he's got eight promotions in his illustrious managerial career, but Cardiff? You're just not good enough. You'll be outclassed this season as you were yesterday (against Bournemouth).

I think Cardiff will go down, maybe with a record low points tally.

"I think Cardiff will go down, maybe with a record low points tally" ?

Have a listen to what @chris_sutton73 makes of your chances in the Premier League this season #CardiffCity fans ??
#Bluebirdspic.twitter.com/hVhxP2EW1N

After Cardiff's fortuitous draw with Newcastle at the weekend Arter responded to Sutton's claims on BBC Radio 5 live:

There have been some ridiculous comments from certain people.

You just ignore it because they're silly comments, especially from fellow professionals who have played the game.

They should have a better understanding of football. For whatever reason, they feel like they may need to get a bit more publicity to get better jobs.

Sutton responded to Arter's broadside, appearing on BBC Radio 5 live and doubling down on his belief that Cardiff would indeed fail to stay in the division:

We'll see at the end of the season if I'm wrong.

Cardiff are going to struggle. They were fortunate yesterday.

While Cardiff City may be the bookies favourites to be heading back to the Championship after the season it does seem a bit harsh to speculate as to how low their points total will be come May. For the record, Derby City hold the title for the fewest points gained in a Premier League season with 11, and with Cardiff City drawing on Saturday it means that they are already 1/12th of the way to beating that tally. Godspeed Harry Arter!

Football
5 days ago
By Eoin Harrington
Report: Burnley Make Bid To Sign Nathan Collins
Football
1 week ago
By Gary Connaughton
Wayne Rooney Believes That N'Golo Kante Plays Like Two PL Legends Rolled Into One
Football
1 week ago
By Gary Connaughton
Matt Doherty Fights Back At Narrative Surrounding Mourinho's Spurs Exit
Popular on Balls
Football
12 hours ago
By Eoin Harrington
'I Think It All Started With Roy Losing His Temper!' - Vieira, Keane And Neville On Highbury Tunnel Incident
Football
18 hours ago
By Michael McCarthy
Marko Arnautovic Gets One Game Ban - Is It A Cop Out?
Football
20 hours ago
By Donny Mahoney
VAR At The Euros Has Proven How Poor Premier League Refereeing Is
Athletics
22 hours ago
By Michael McCarthy
Don't You Just Hate When You Eat A Burrito And Test Positive For Steroids