After a questionable start to his Manchester United career, Harry Maguire has grown into his role at the club over the course of this season.

His impact was never more noticeable than when he was absent over the last few games, with Ole Gunnar Solskjaer's side looking a lot more vulnerable at the back without their captain.

Still, it would have been interesting to see how the last couple of seasons would have panned out if Maguire had opted to move to Manchester City. Pep Guardiola's side were interested in his services, even holding discussions with the player.

Speaking to Gary Neville on The Overlap, he revealed why he chose Old Trafford over The Etihad.

At the time I felt like I owed Leicester a lot. I spoke to Vichai [Srivaddhanaprabha], there was a lot of interest from Manchester United when Jose [Mourinho] was the manager, and he said 'give me one more year and I'll let you go'.

I didn't really push anything. As soon as I heard the interest form Manchester United I knew it was something I had my heart set on, I knew I wanted to play for that club...

I spoke to Jose before the semi-final of the World Cup and that gave me great confidence, what he had won and the defenders that he worked with...

I spoke to Pep. Obviously the football they play and what he has done for the club. I have great respect for Pep, the evolution of the game and what he brought to football.

But like I said, with Manchester United my heart was set with the amount of interest they showed in me. For them to pursue it over 12 or 15 months showed how much they believed in me and how they felt I would be a big part of the team.

Having been made captain of United, it is clear that he has been handed a bigger role at the club than would have been the case at Manchester City.

However, it remains to be seen if his current club can close the gap on the pitch with their cross city rivals. 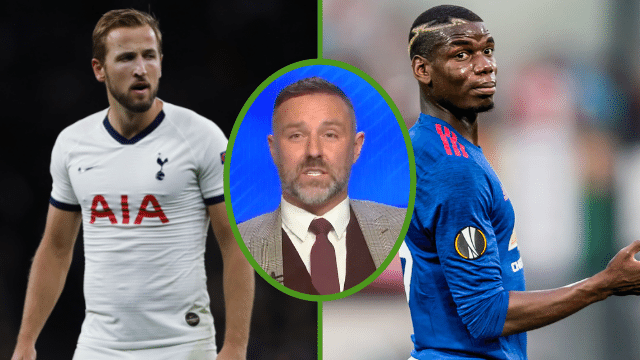