Martin O'Neill rarely goes for the likely route so it's quite possible that by 7 o'clock tonight we'll get a team that includes both Kevin Doyle and Robbie Keane. Okay, that would seem distinctly unlikely bit you see where we're going with this.

The Irish team has been severely disrupted by injury and suspension and we head to Zenica with our two primary goal threats unavailable. It's far from ideal but O'Neill knows how to set up a team to frustrate the opposition. We weren't able to do it against Poland to the extent that we would have liked but the Germany performance showed what we're capable of.

We're going there and we're looking to grab a goal on the break. We may be a proud nation and all that, but a scrappy 1-0 win would be absolutely delightful and we'll settle for it right here, right now.

Hints have been dropped during the week but really we're all second guessing when it comes to the starting XI that O'Neill is going to select. Nonetheless, we'll put our necks on the line and pick the team we expect to take to the field.

We're looking forward to looking at this again before to the start of the game to see just how wrong we are. 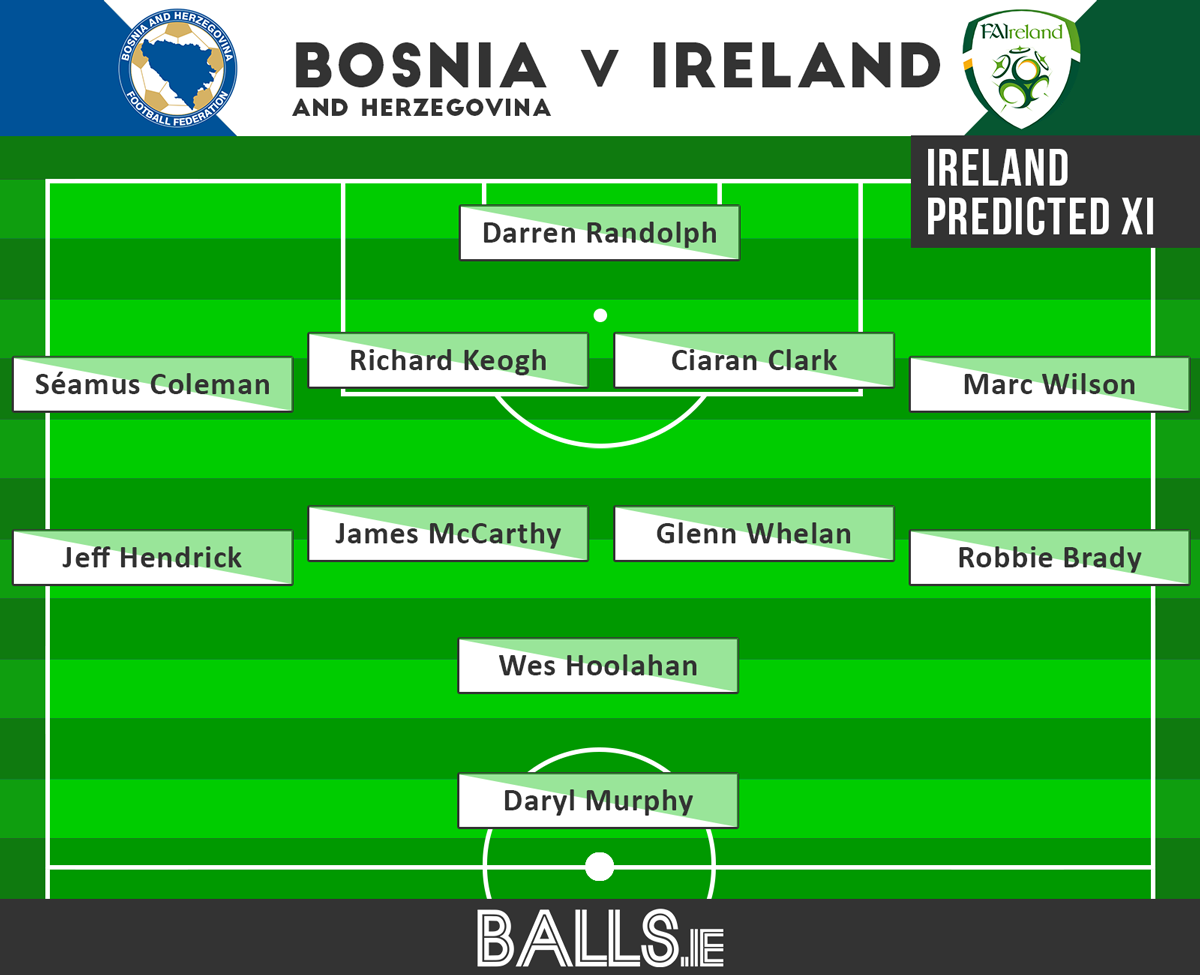 The big selections revolve around the left back slot. If it's Robbie Brady, then we'd expect Marc Wilson to slot in at centre back and Ciaran Clark to drop out. That would also leave the left side free which you have to think is James McClean's for the taking.

But with Brady's poor performance against Poland fresh in the memory, it seems unlikely he'll retain his place in defence. Stephen Ward is another option there but, with Wilson returning, we're going to opt for the Stoke man there with Clark getting a rare competitive start.

There's also the distinct possibility that O'Neill may double up at right back as it were and play Seamus Coleman ahead of Cyrus Christie, but Hendrick's ability to create something from nothing, a la for Walters against Georgia, might just be crucial, so we're plumping for him to keep his place.