With the fallout to Celtic's mid-season break to Dubai in full swing, Celtic's game against Hibernian almost took a backseat to the off-pitch pile-on.

When the Celtic side was announced, it was anticipated that a multitude of youngsters would be in line for their debuts given the fact that 13 of the first-team squad were unavailable due to COVID protocols.

For Irish eyes, a trio of players on the Celtic bench were the focus of attention.

Both Barry Coffey and Luca Connell are highly rated at Parkhead, yet haven't seen any first-team action. However, another highly-rated Irish youngster, Armstrong Okoflex, did make his first-team debut.

Granted, Okoflex's debut was somewhat overshadowed by eagle-eyed viewers spotting that Okoflex was wearing Airpods on the sideline before replacing Cameron Harper in the 61st minute.

3 of the management team unavailable

And the team being managed by the Laptop Video analysis team

Safe to say I didn’t think we would get a result so I’m happy with a point tbh...

That kid Okoflex should be punted down the road for the AirPods ✊?

Okoflex ten seconds fae coming on still got airpods in, why they no left in the changing room fuck sake the level we have went to recently is making amateur fitbaw look decent, embarrassing???

Although the optics of the broadcast may have looked like Okoflex had them in continually, the Irish underage international was handed them by a member of the backroom staff in order to hear instructions from manager Neil Lennon, who was forced to stay at home and self-isolate.

This was confirmed by coach Gavin Strachan, who took charge of the side in Lennon's absence.

Speaking to Sky Sports, Strachan said that Lennon was speaking to Armstrong Okoflex in order to get "some messages to him before he came on the pitch."

"Everyone uses every bit of technology available to them. We used it, it's good for a young player to hear the manager's voice before he goes on the pitch."

Celtic's inexperienced charges were deadlocked with Hibernian until the 81st minute when David Turnbull curled a marvellous free-kick into the net to put the Hoops 1-0 up.

However, they couldn't hold onto the advantage, as Kevin Nisbett popped up in additional time to give Hibernian a share of the spoils. 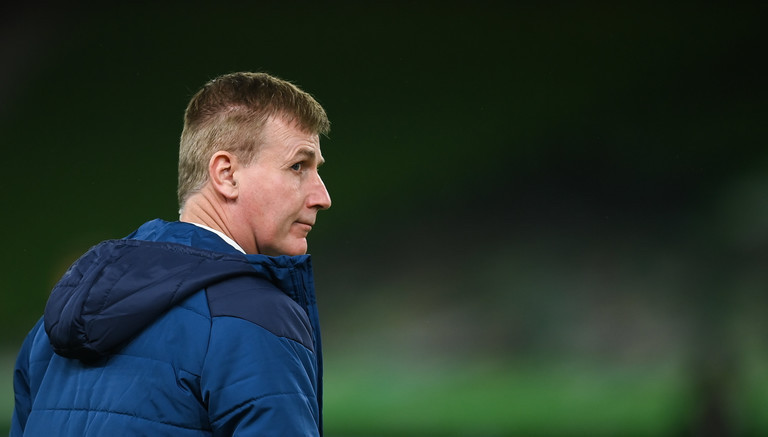 Football
2 weeks ago
By Gary Connaughton
Could West Ham Starlet Be The Next Irish Player To Burst Onto The Scene?
Football
5 months ago
By Andrew Dempsey
West Ham's Irish Trio Score 5 Goals In U23s Hammering Of Arsenal
Football
2 years ago
By Maurice Brosnan
Irish Players In Middle Of International Tug Of War In Ever-Changing Landscape
Previous Next

Football
2 weeks ago
By Gary Connaughton
Could West Ham Starlet Be The Next Irish Player To Burst Onto The Scene?
Football
5 months ago
By Andrew Dempsey
West Ham's Irish Trio Score 5 Goals In U23s Hammering Of Arsenal
Football
2 years ago
By Maurice Brosnan
Irish Players In Middle Of International Tug Of War In Ever-Changing Landscape
Popular on Balls
Basketball
22 hours ago
By Eoin Harrington
Kieran Donaghy And Tralee Warriors Claim National Basketball Cup Title In Tallaght
Football
1 day ago
By Gary Connaughton
Carragher Reveals Unhappy Instagram Message From Lionel Messi After MNF Comments
The Rewind
1 day ago
By Gary Connaughton
Quiz: From Which Irish County Did This Company/Product Originate?
Football
2 days ago
By Jonathan Byrne
Women Footballers Call Out 'Embarrassing' Sun 'Exclusive'