*This article was originally published in June 2030*

When the 2030 World Cup rolls into town, we better be prepared.

Our joint bid with England, Wales, Scotland and Northern Ireland was given the green light in 2023, with the promise that six suitable venues needed to be found in the Republic.

With Croke Park, the Aviva Stadium and Pairc Ui Chaoimh already in situ, three stadiums needed to be build.

Thankfully, Galway's Supermacs Superdome, Ireland's first multi-purpose domed stadium, was completed in 2029, with Galway United, Connacht Rugby and the Salthill Sabres of the NFL's European division all playing in the arena.

Plans to build a scale replica of the Nou Camp on top of the National Children's Hospital in Dublin 8 were scrapped as authorities couldn't guarantee the hospital's completion by 2030.

The final stadium was built in Dundalk, with Louth County Council collaborating with Dundalk FC to give them a home for the future on the grounds adjacent to Dundalk IT. However, Louth GAA, who were built a new stadium by the Council just two years previous, took the decision to the High Court.

The High Court ruled in favour of Louth GAA, with Dundalk forced to play in Oriel Park "for all eternity" per the judge's ruling. However, she also ruled that the name of the stadium must remain, with We're Thinking About Taking The Lads Home Park being finished in 2028.

However, you know the process of how we got here. We're here to discuss the team that should play in Ireland's first match against the Republic of Transnistria. 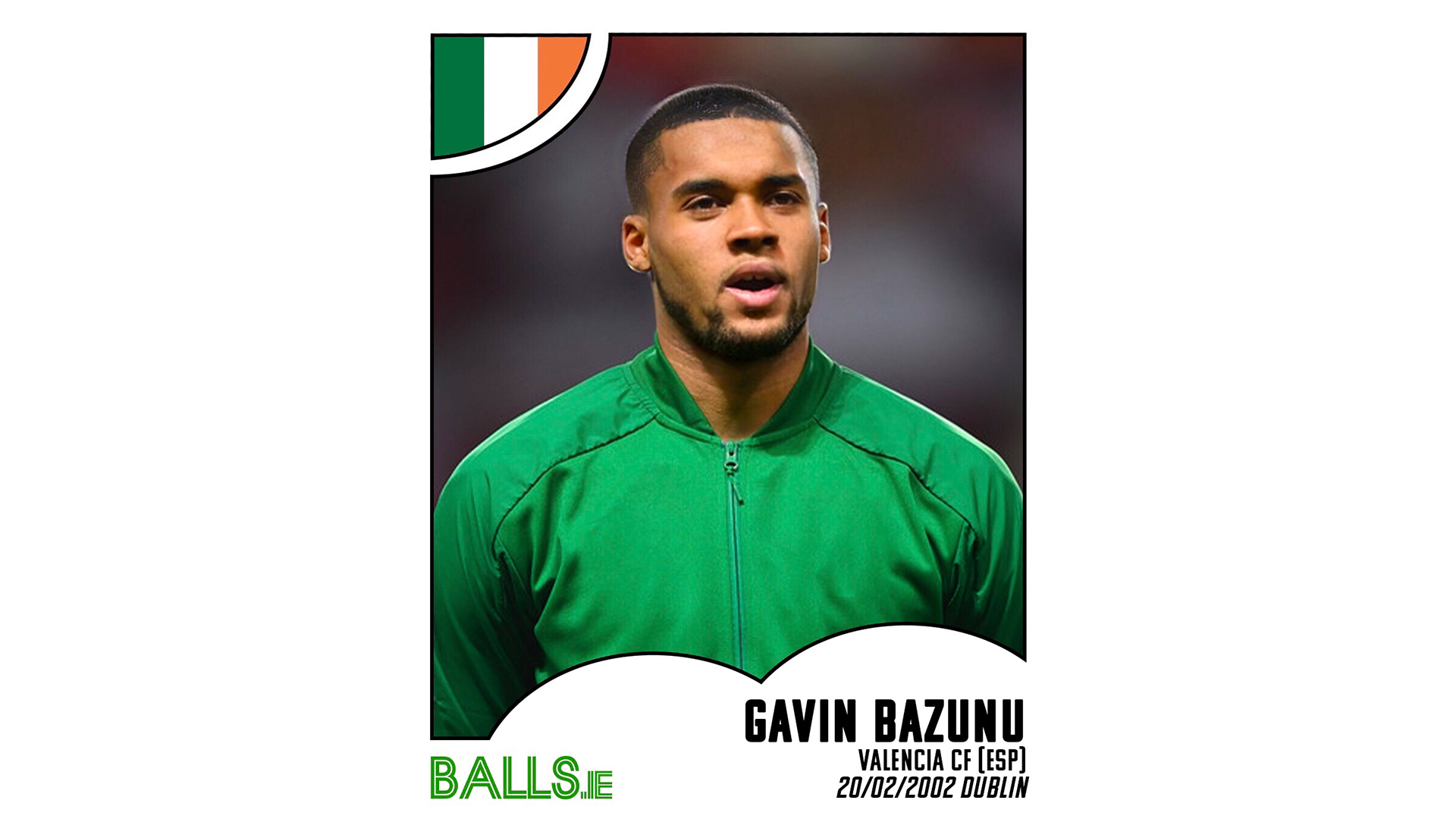 The former Shamrock Rovers man has been an ever present for Valencia this season as they seek a return to the European Super League.

The Firhouse native has chipped in with five goals this season thanks to Arsene Wenger's suggestion that goalkeepers can catch the ball in the opposition's box, with Bazunu the most profilic goalkeeper in the UEFA Hyper League Conference II. 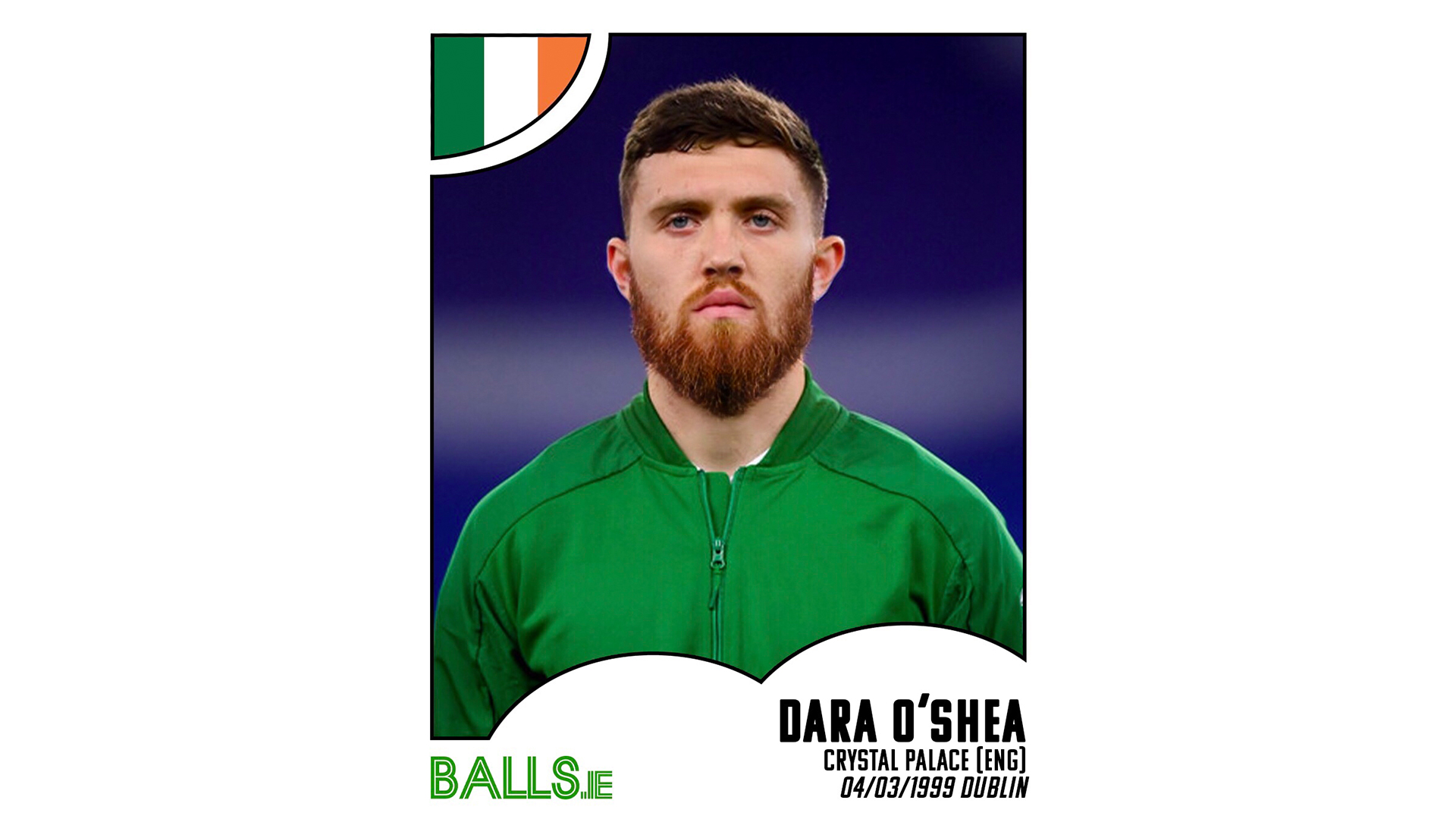 A stalwart in the heart of Ireland's defence since Stephen Kenny's tenure, O'Shea has amassed over 70 caps and assumed the role of Ireland captain on more that 10 occasions.

O'Shea was West Brom captain at 23, but fell out with the Hawthorns hierarchy in 2024 after he handed in a transfer request due to being the only player at the club.

Thankfully, his request was granted and O'Shea moved to Selhurst Park where he is still being managed by Roy Hodgson. 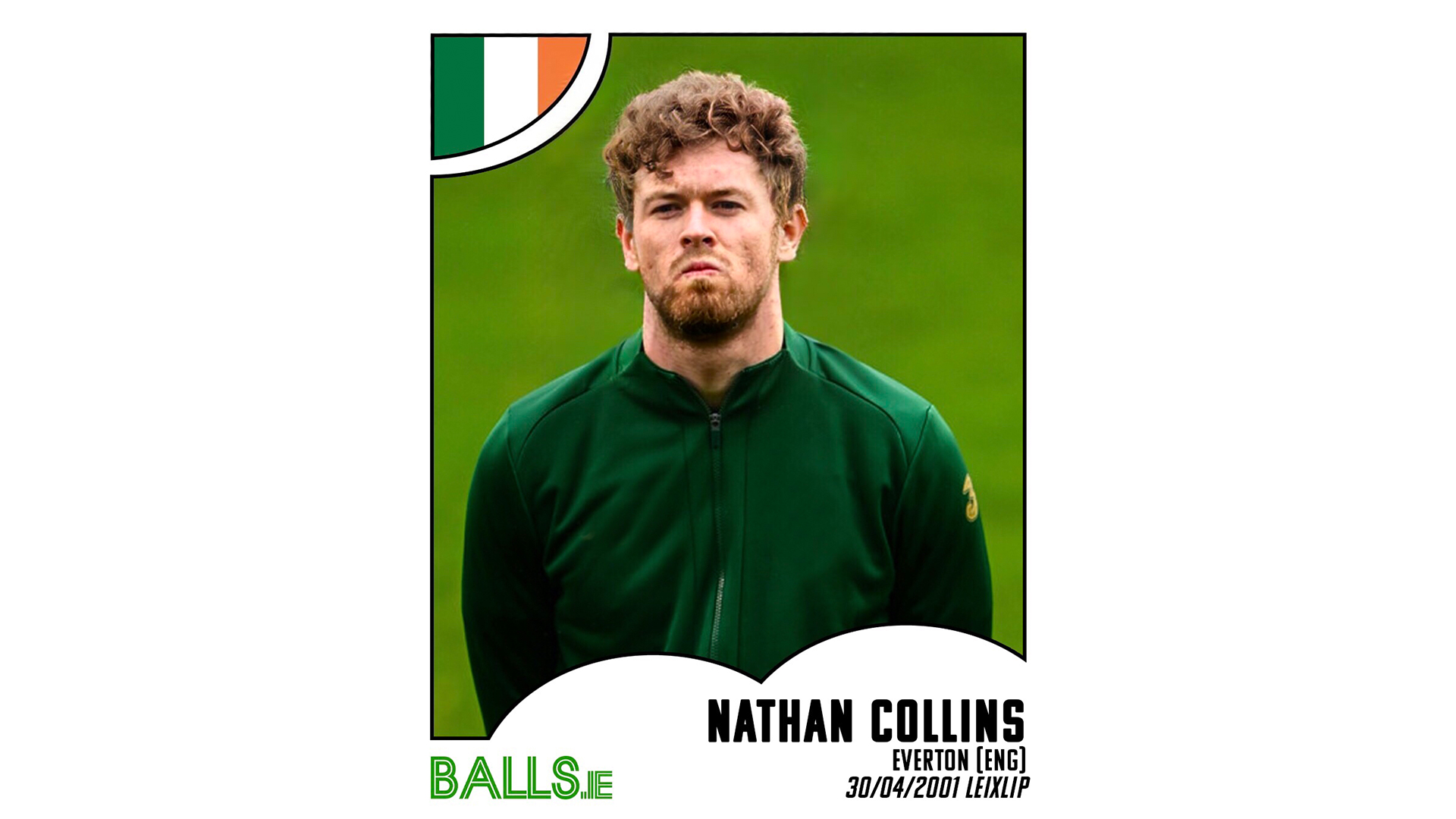 Leixlip man Collins comes from good stock, with father David and uncle Eamonn both professional footballers. His breakthrough at Stoke City led to a number of suitors flocking around the centre-half, with Manchester United eventually beating the competition to sign Collins for a hefty fee.

Collins did score a winner in the Texatrade Petroleum Ginzeng Guzzle League Cup during his time at United, but couldn't nail down a first-team spot at Old Trafford.

So, like all Manchester United rejects, he wound up at Everton, where he's currently enjoying a sustained period of success. 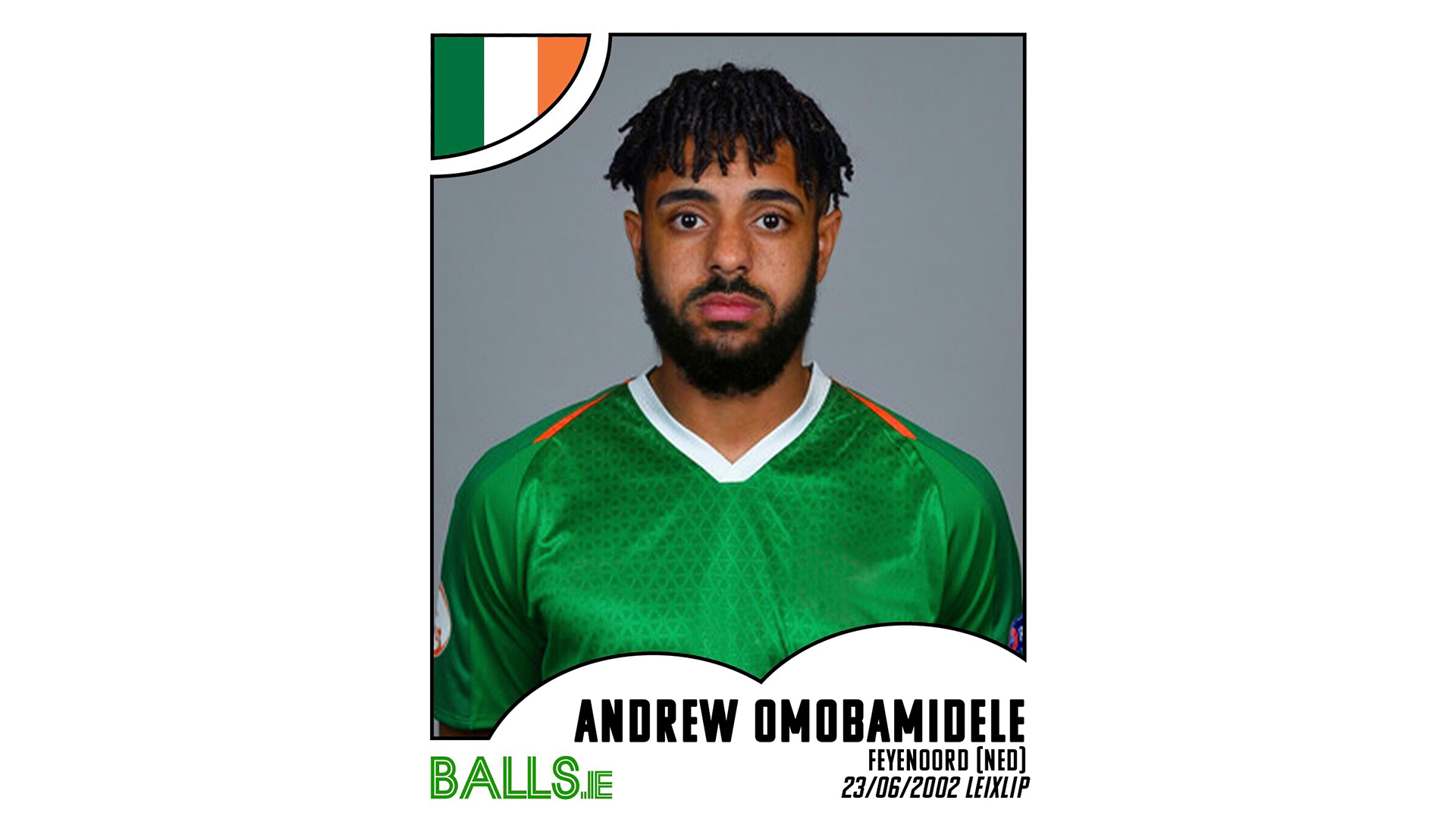 Another Leixlip native, Andrew Omobamidele burst onto the scene at Norwich City where his assured performances at the tender age of 18 led to transfer speculation abound.

However, he stayed loyal to Norwich but when manger Daniel Farke left Carrow Road to join Bayer Leverkusen, he brought Omobamidele along with him.

After three seasons in the Bundesliga, the centre-half left Germany to sign for Dutch giants Feyenoord, where he plays alongside compatriots Jeff Hendrick, Robbie Brady and, for some reason, Anthony Pilkington. 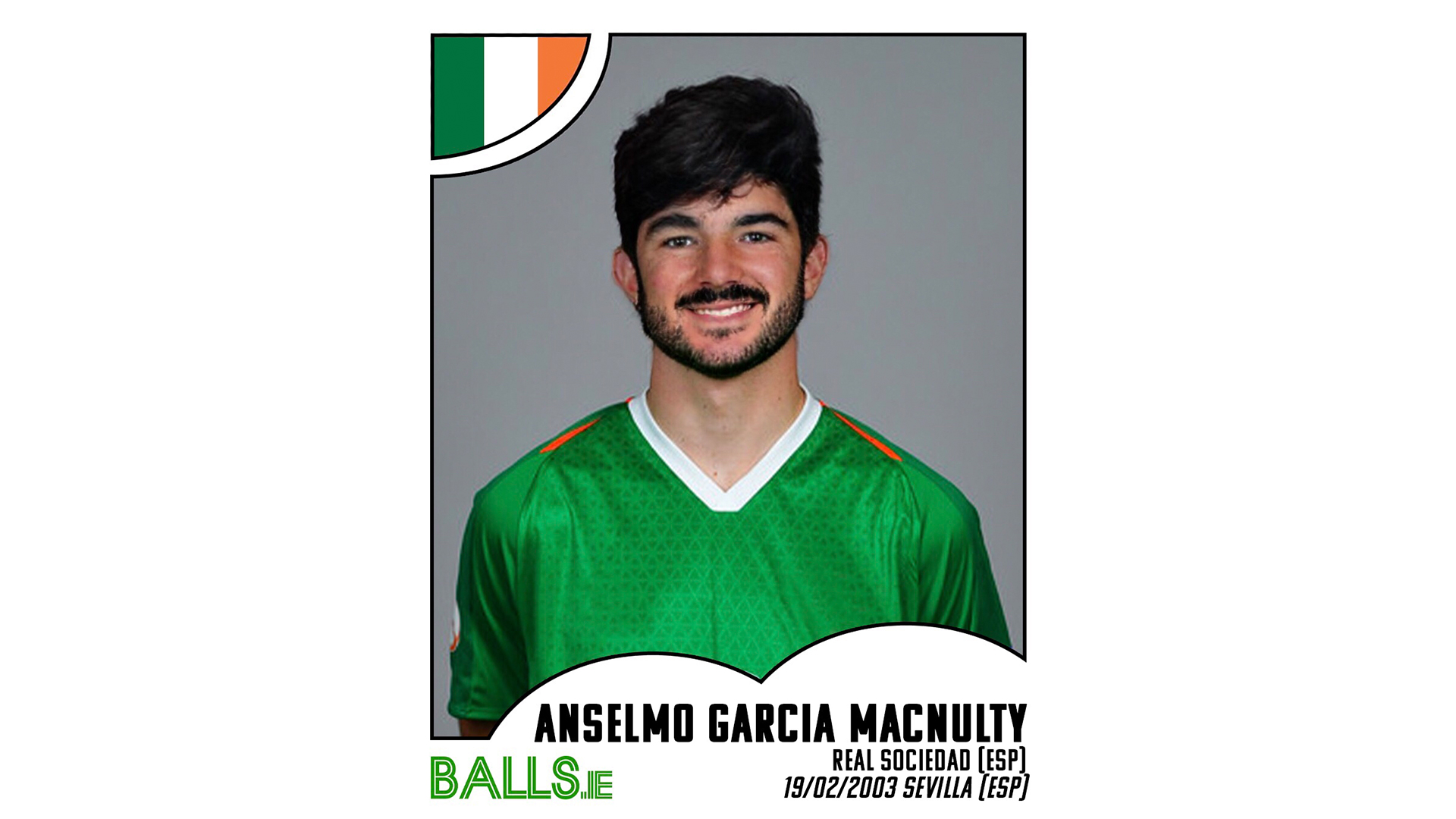 Born in Spain, Garcia MacNulty's footballing education took him from Seville to Wolfsburg, and at the German side, he captained the academy side to a UEFA Youth League crown.

However, first-team appearances weren't on the cards, with MacNulty spending loan spells in Greece and Poland before signing for Portuguese side Vitoria Setubal on a permanent basis. This move sparked MacNulty's career into life, and within a year, he was signing for Benfica.

Two seasons in the Portuguese capital was enough for Real Sociedad to splash the cash on bringing MacNulty to the Basque Country, which is currently amidst another separatist movement. Sociedad, however, still play in La Liga. 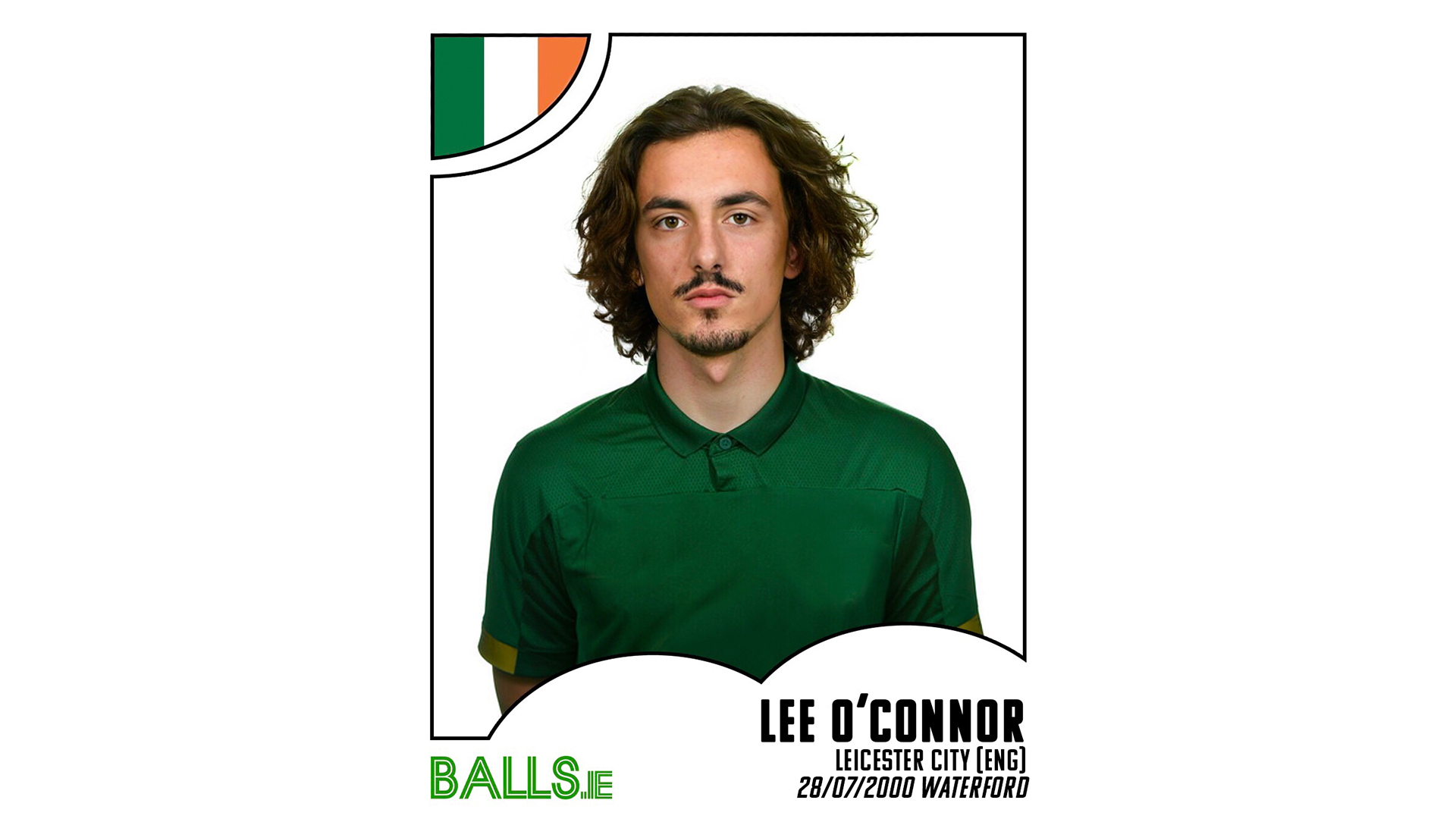 Waterford's Lee O'Connor has had a career. Starting at Manchester United, he moved to Celtic in 2019 and went on a record 20 loan spells.

From Patrick Thistle to Tranmere Rovers to Oldham Athletic to Ipswich Town to Hibernian to Leeds United to Angers to Union Berlin to Helsingborgs to Brondby to Osasuna to Udinese to PAOK back to Leeds United to FC Twente to Braga to Shanghai Shenua to CSKA Moscow to Aberdeen and finally to Brighton and Hove Albion.

Following his Brighton loan spell, O'Connor's Celtic contract expired and he moved on a free to Leicester City. 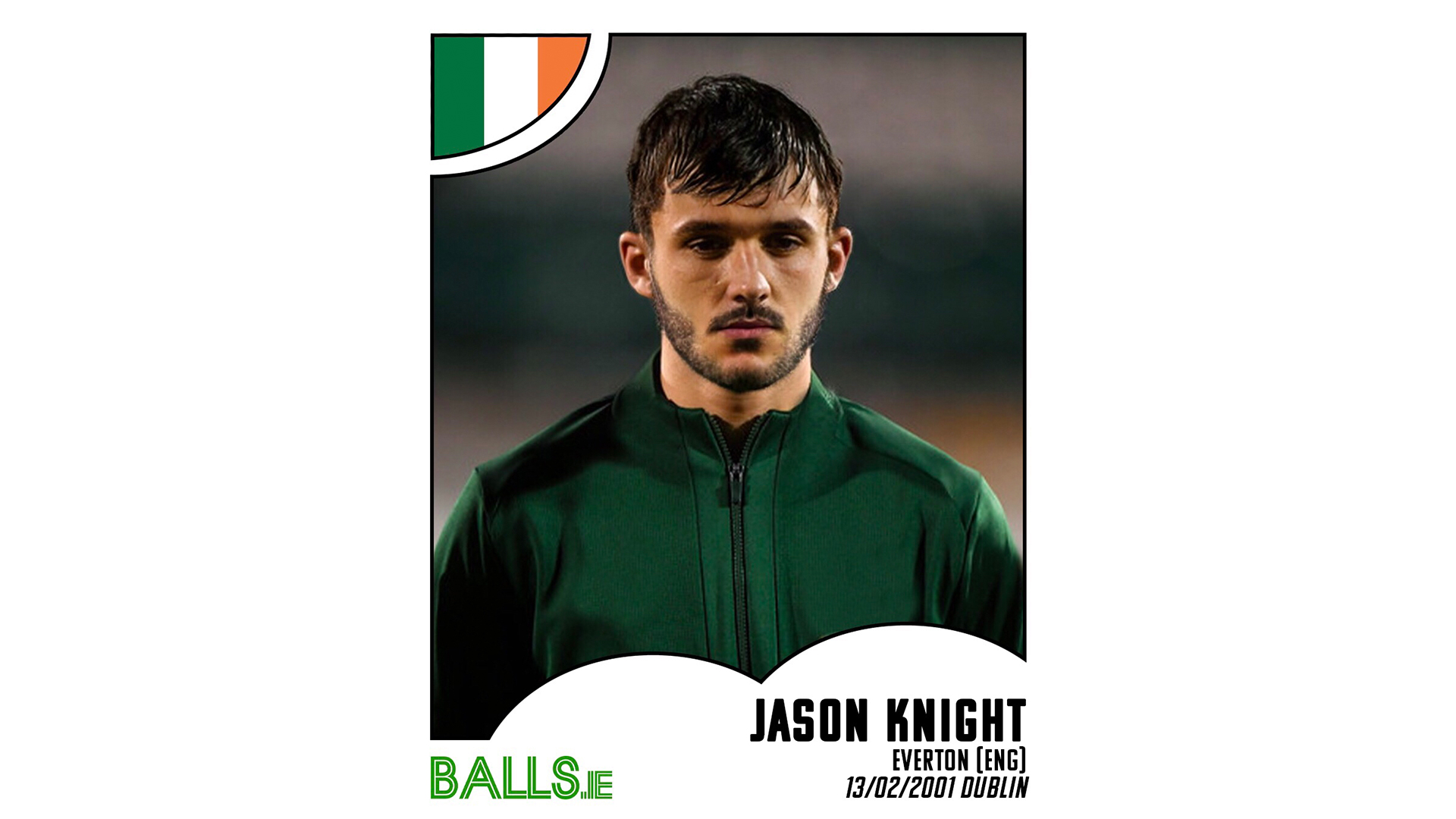 By the time Jason Knight left Derby County in 2025, the Dubliner had played over 400 times for the Pride Park outfit. However, he left the club in controversial circumstances to sign for Everton.

Knight had returned home to play as a banger for Cabinteely in a League of Ireland First Division playoff match against Bohemians. Knight scored four goals in the match, which was being televised on RTE.

Upon his return to England, Knight was suspended and sold in the January window to Everton, where he was reunited with his old manager, Wayne Rooney. 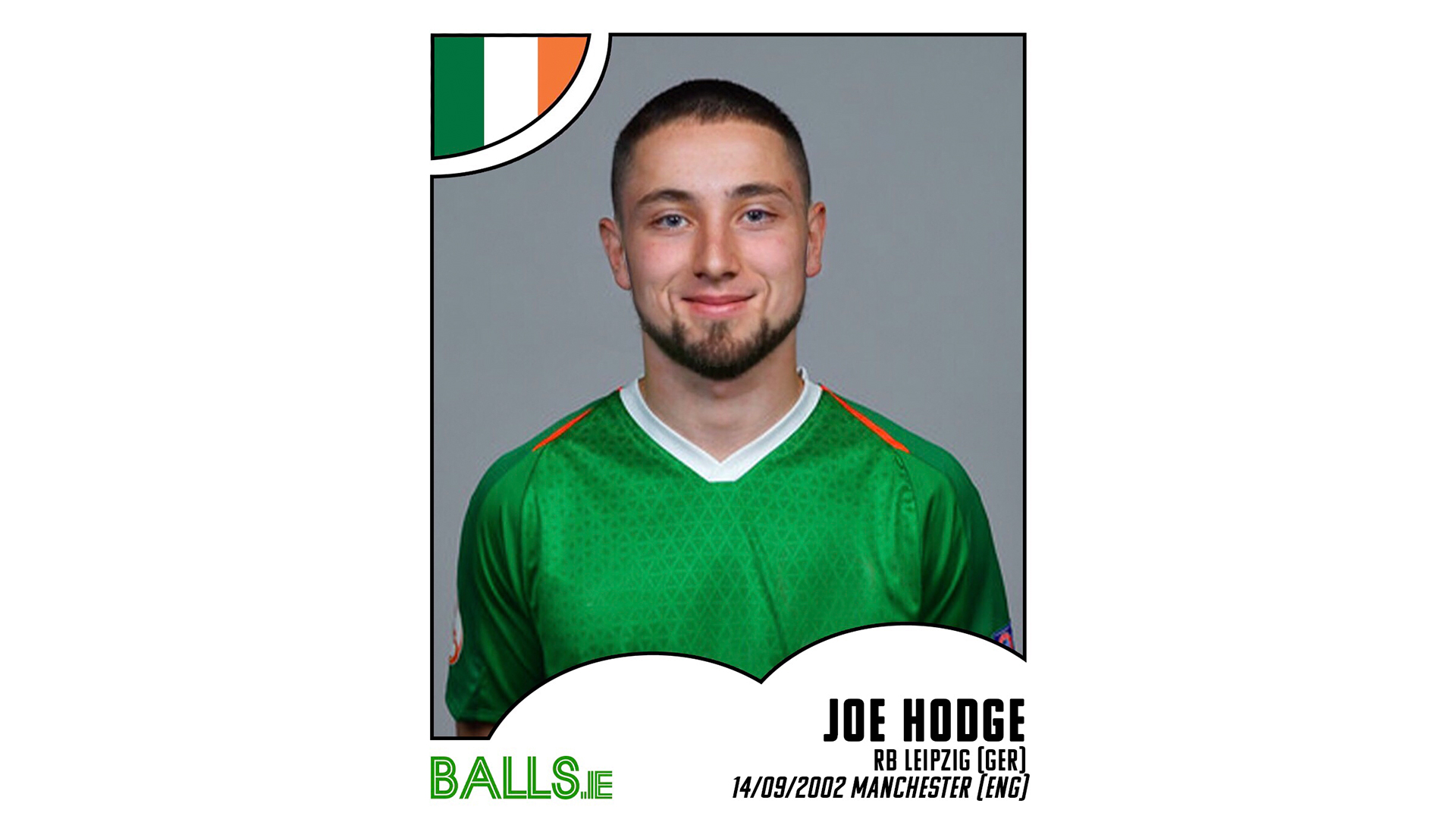 Former Manchester City scholar of the year Joe Hodge had a similar tenure at the Citizens as compatriot Bazunu.

The midfielder, after a loan move to Melbourne City, decided to leave the Etihad and try his hand in Europe, firstly with Rapid Wien.

He stayed in Austria with Red Bull Salzburg before joining their sister club in Germany, RB Leipzig. Hodge was once accidentally sent on loan to Leinster Senior League side Bluebell United. 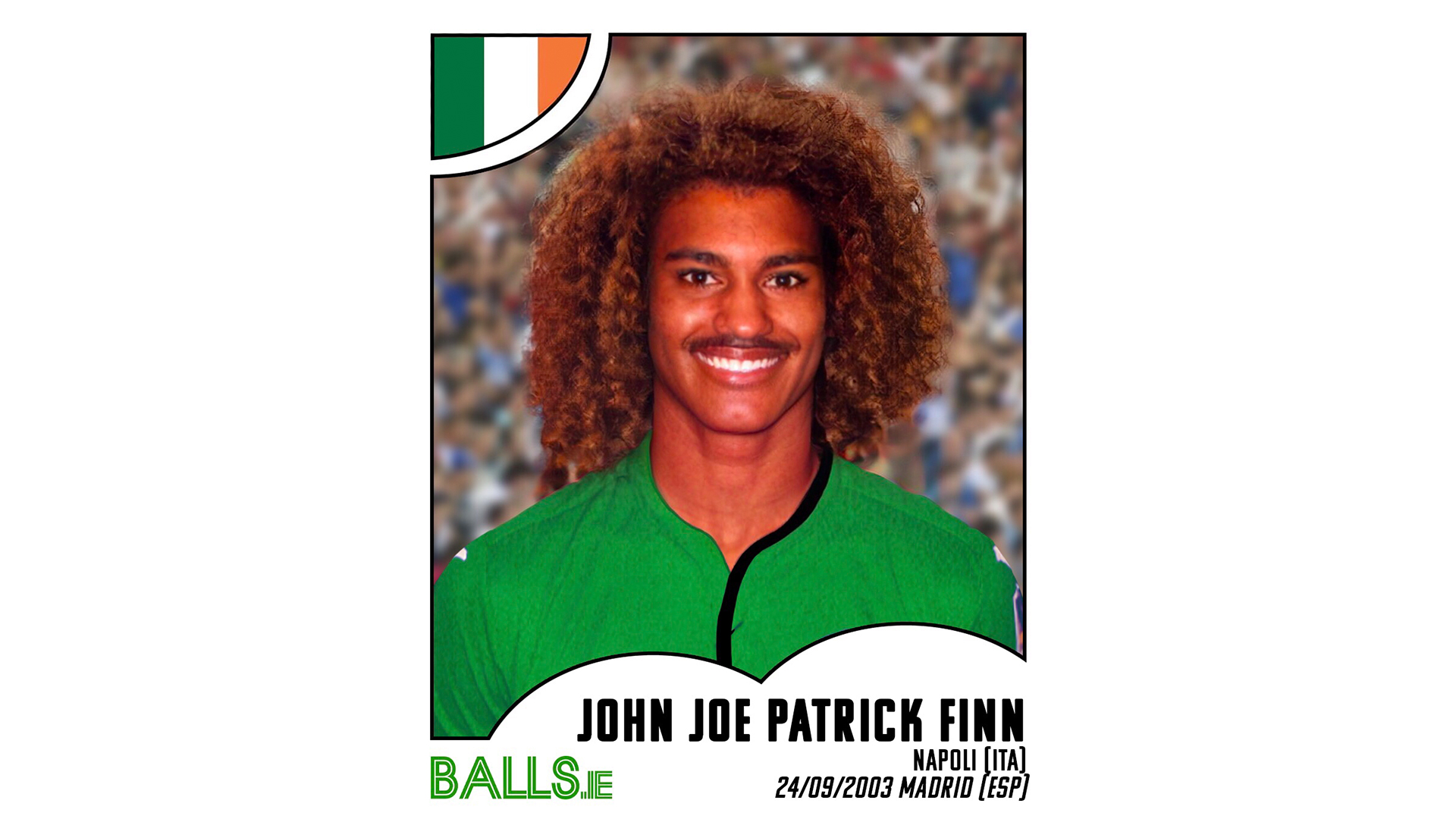 Another Spanish-born player in Ireland's starting XI, John Patrick started in Real Madrid's academy before signing for Getafe whilst still a teen.

Able to play in midfielder or attack, Patrick left Getafe in 2024 after firing the club in to the Europa League knockout rounds. However, his move to Marseille soured after he was told that he was signed in error, with French club thinking they were signing an Ivorian. Marseille vowed to never sign another Irish player after Tony Cascarino left the Velodrome a Messiah.

Thus, Patrick moved to Napoli, linking up with Fabian and the memory of Marek Hamsik in the centre of the park. 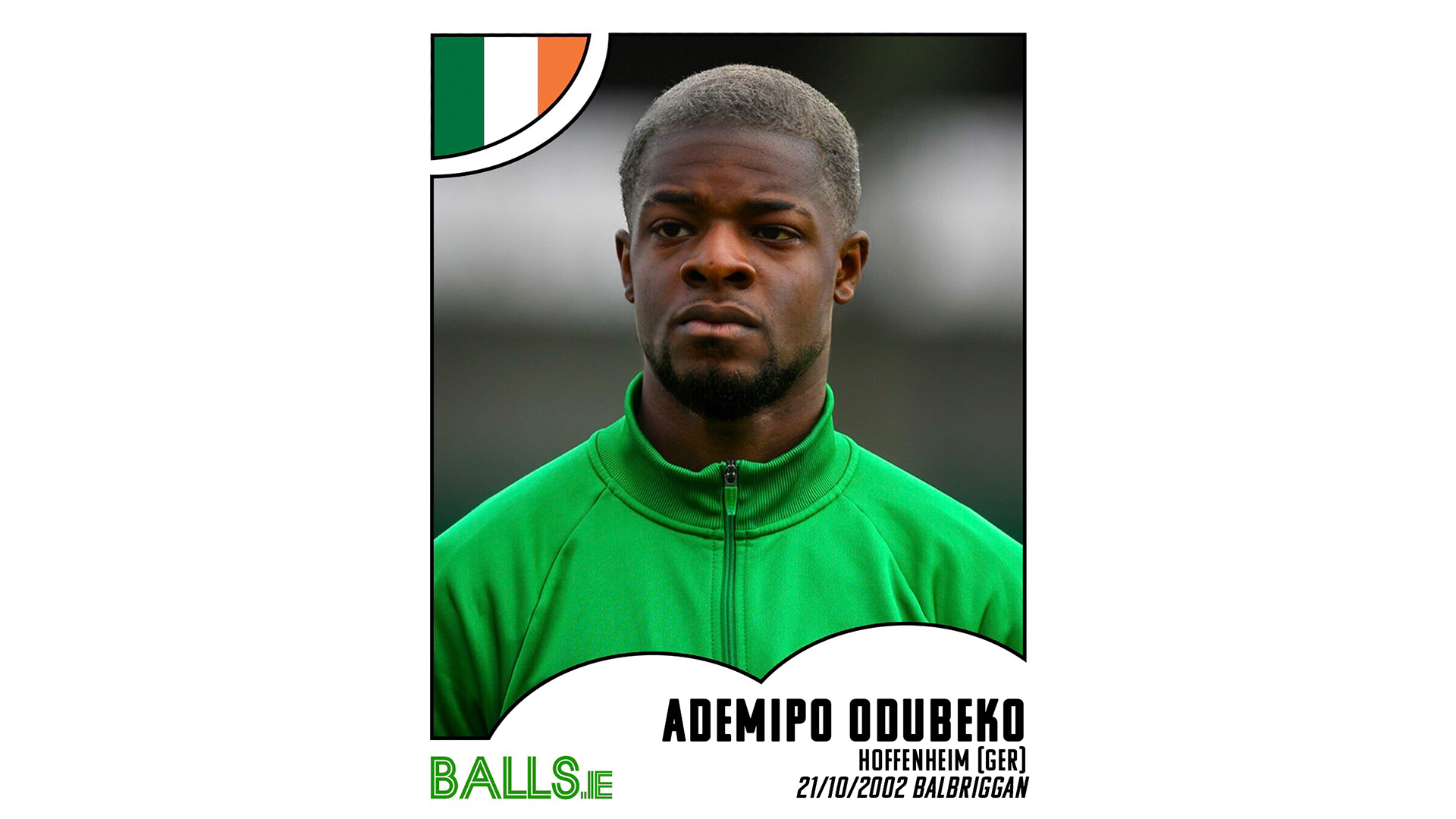 A man who terrorised defences in youth football both at home and abroad, Mipo Odubeko finally made his first-team bow for West Ham in 2021.

He was a peripheral figure as West Ham reached the semi-finals of the Champions League in 2022, but his cameos for the Hammers were enough to convince Hoffenheim to take a punt on the striker.

Loan spells to Al-Ahli and Dynamo Kyiv produced a truck full of goals, and upon his return to Hoffenheim in 2025, Odubeko became one of the Bundesliga's most prolific strikers. 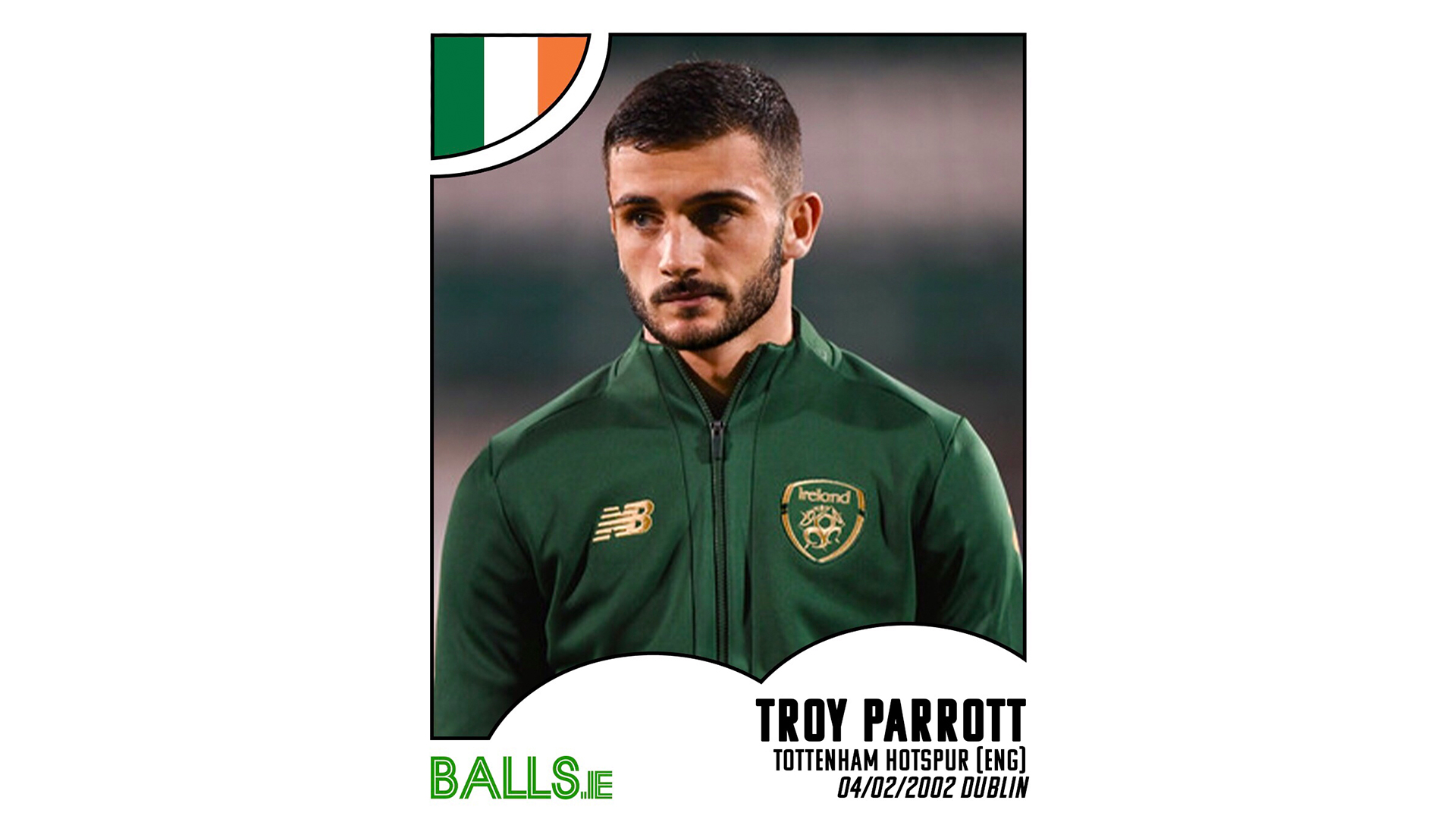 Troy Parrott's story is one of redemption. Earmarked as the next best thing in his teens, Parrott lost his way at Spurs under Jose Mourinho.

Parrott eventually left the London club in 2024, signing for Granada in La Liga. Two prolific seasons later, and all of Europe's elite clubs were after him.

Parrott snubbed the advances of all of them to return to Spurs, who are now being managed by Tim Sherwood. Since his return, Parrott's been on fire. 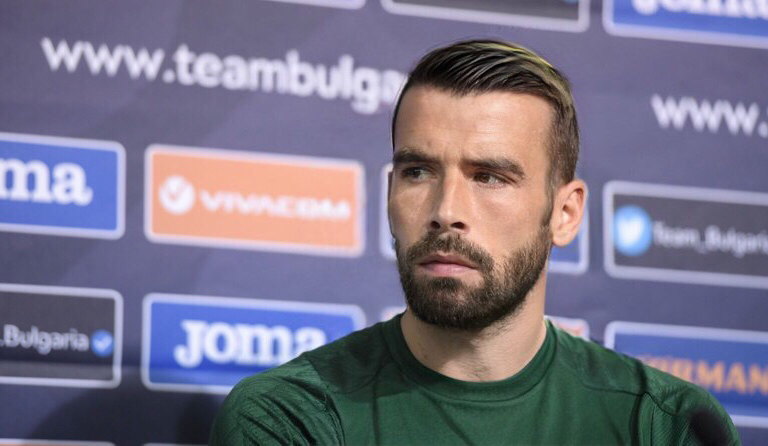 Ireland legend Seamus Coleman took over the reins of the Ireland job in 2028 following a disastrous campaign to qualify for the Euros.

Stephen Kenny had left Ireland in 2026 to pursue his dream of conducting the Orient Express. In his stead, the FAI appointed Joe Kinnear as the board "thought it'd be a bit of a laugh". One point from a possible 30 and an international incident with the people of Latvia led to his dismissal.

Coleman had hung up his boots in 2025 having already completed his UEFA Pro License. He spent a year as Oumar Niasse's assistant at Levante before taking over the mangerial spot at old side Blackpool.

Back-to-back promotions led to Ireland calling their former captain in 2028, with Coleman signing a deal until the 2036 Euros. 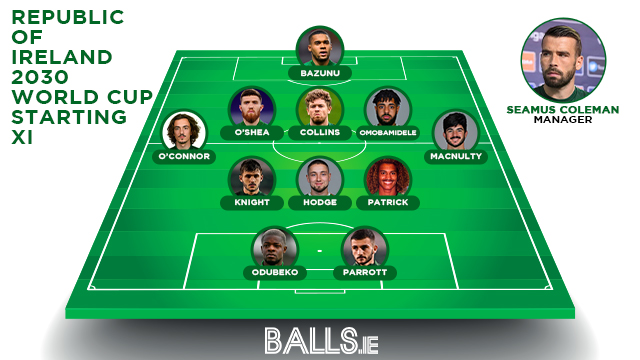 With FIFA introducing 11 substitutions per game in 2028, hopefully we can see a few players make their World Cup bows from the bench.

The likes of Adam Idah, Deji Sotona, Jayson Molumby and Anthony Scully should give Seamus Coleman plenty of options off the bench. 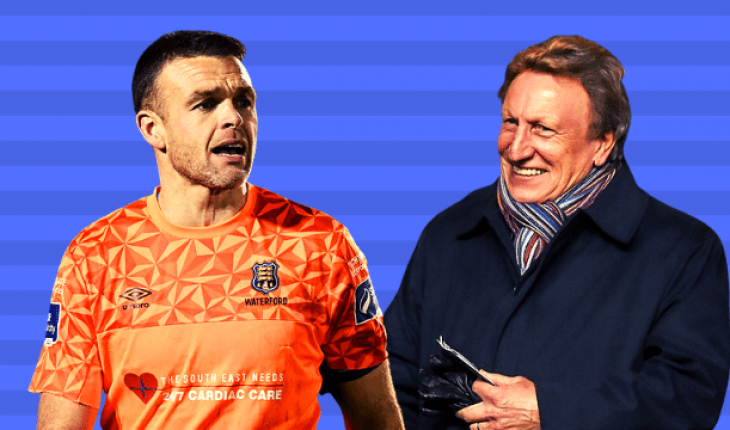 Football
3 days ago
By Balls Team
Here's The Last Irish Football International From Every County In The Country
Football
1 week ago
By Donny Mahoney
Shortsleeved Keepers And Surf: Watching Euro 2004 Drunk In Lahinch
Previous Next