Here's Who Dundalk Can Get In Today's Europa League Draw

What a few weeks it's been for Dundalk. Just over a month ago, the club's American owners sacked manager Vinny Perth when the club were knocked out of the Champions League by Slovenian side Celje. With Shamrock Rovers racing ahead in the domestic league and the Louth club struggling, it looked as though a glorious era was coming to an end at Oriel Park.

Since 2014, Dundalk have won five of the last six League of Ireland titles, including two doubles. They've also played in the last five FAI Cup finals, and were denied a third double last year by a penalty shootout defeat to Rovers. Their biggest glory came in Europe when in 2016, they qualified for the playoff round of the Champions League. After defeat to Legia Warsaw, they went into the group stages of the Europa League, only the second Irish club to do so, and performed admirably in a group with AZ Alkmaar, Zenit St Petersburg and Maccabi Tel Aviv, picking up four points from their six games, including a famous win over the Israeli side.

This season, after their meek performance against Celje and various other issues, the glory days looked over. Unknown manager Filippo Giovagnoli was appointed manager to much derision, but the result has been another epic Eurooean run. A penalty shootout with against FC Sherrif in Moldova set up last night, when they casually put away the challege of KI of the Faroe Islands with a 3-1 win.

It's another great pay day for the club, but the fans and the players will be more interested in the bigger opportunities that await them on the field. The group stages of the tournament will be a star studded affair and while Dundalk will undoubtedly want to get a draw that favours their chances, a couple of big name opponents certainly wouldn't be the worst thing in the world.

If this is to be one last hoorah for Dundalk, what a hoorah it will be. And who knows, it will certainly provide the funds for challenges to come.

So who can they get?

The draw, which takes place early this afternoon, works like this.

The 48 teams will be divided into 12 groups of four, and will be divided from four pots, based on UEFA coefficient. Dundalk, naturally, will be in Pot 4 (though are ranked above seven of the 12 clubs in Pot 4).

Teams for the same country can't be drawn together, nor can teams from Russia and Ukraine. There are other considerations based on paired clubs, eg. Tottenham and Arsenal, Celtic and Ragers, that would affect the placing of certain teams based on kick-off times, which will become apparent as the draw plays out.

Here are the teams in each pot:

Here’s a look at the pots ahead of tomorrow’s Europa League group stage draw 👀 pic.twitter.com/iAXyOyUmmf

Dundalk fans, what would be your ideal group?

There's an argument that the best group for Dundalk includes a superstar team from Pot 1 that wins all the games, along with possible targets for points in the other pots. This could be Napoli, along with Standard Liege and Hapel Beer-Sheva?

Whoever they get, the six matches will be played on Thursday nights between 22nd October and the 10th December. 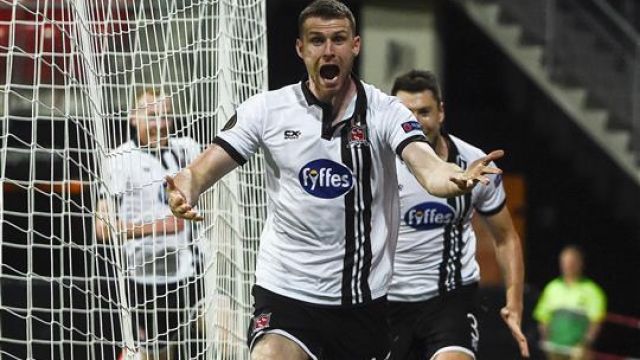