How Brexit Could Have Huge Implications For Premier League Football

The Premier League have made their first comments on how today's Brexit vote might impact English football and it seems, much like everyone else, they have yet to fully grasp exactly what implications the 'Leave' vote might have. A spokesperson said:

The Premier League is a hugely successful sporting competition that has strong domestic and global appeal. This will continue to be the case regardless of the referendum result.

Given the uncertain nature of what the political and regulatory landscape might be following the 'Leave' vote, there is little point second guessing the implications until there is greater clarity.

Clearly, we will continue to work with the government and other bodies whatever the outcome of any process.

Given that we've always been quite contrarian here at Balls.ie, what follows is us disobeying the Premier League and second guessing what the implications might be.

The United Kingdom’s hugely controversial decision to leave the EU will have wide-ranging implications for public life, not least for fans of the Premier League.

All twenty clubs in England’s top flight had lent their support to the Remain campaign, due to fears that the UK’s decision to distance itself from the European Union could send the English domestic game into turmoil.

So was that a load of hot air or could things really be about to change?

The first thing that must be said is that none of this will happen overnight. There's likely to be as much as a two year timeframe for the UK to make Brexit a reality. As such, much of this is open to change, but there's no doubt that there's plenty of cause for worry at the top of the English football tree as the country takes a step off the cliff with no guarantee of a soft landing.

While it is expected that the hundreds of EU players who play in United Kingdom won’t lose the right to play, and will likely be able to reapply for visas should it come to that, the real effects will be on the future transfer policies of clubs across the Irish Sea.

While it is true that players whose transfer value is higher than £10 million are often granted work permits without much trouble, players whose value is deemed to be below that (or have an insufficient number of international caps) may not be granted a visa under the new rules.

N’Golo Kante, for example, so important to Leicester City’s historic title win, could be ineligible to move to England under the prospective new status quo. In the past, players like Paulo Di Canio and Eric Cantona wouldn’t have been eligible to play in England had these rules been in place when they moved to England. 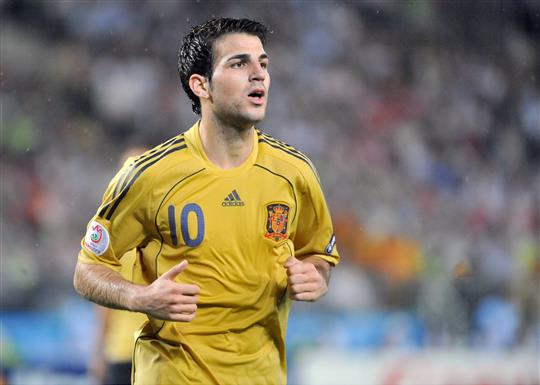 While Brexit voters would easily contend that the transfer regulations could easily be sorted out to ensure there's no real effect in that regard, the issue of youth players heading to the UK is not quite so dismissible.

The cherry-picking of the likes of Cesc Fabregas and Adnan Januzaj has been very profitable for English clubs in recent years. They've been able to do that thanks to the fact that players moving within the EU can move at 16 rather than the 18 year old mark that FIFA stipulates for players in the rest of the world.

One potential positive for English football will be that far more English youngsters will fill the ranks in the academies of England's top clubs and pro-Brexit campaigners maintain that this will have a positive impact on the English national team though, with a far shallower pool of young talent to pick from, it's certainly possible that English Premier League teams would suffer in the long run.

It's not just English football who could feel the effects of Brexit. Not one of the 53 non-British EU players in the Scottish Premier League would meet the new requirements either.

This won’t just be felt by fans of the Premier League. Once the new system is in place, Gareth Bale will become a non-EU player (unless he is granted Spanish citizenship) which will put Real Madrid above their quota of players from outside the EU, meaning that one of James, Casemiro, Danilo, or Bale himself, would have to be sold.

The UK is also waking up this morning to the news that Sterling is now at the lowest value it has been for more than three decades and this will have severe implications on the transfer budgets of Premier League clubs, as the Euro is in a far stronger position against the Pound. In theory, a player who might cost Manchester City £50 million last season could potentially cost £60-65 million if the initial dip in currency value is maintained over a lengthy period of time. This, coupled with the same principle applied to wage bills, might lead to huge Financial Fair Play penalties for England’s big spenders.

Other football markets, such as the Chinese Premier League for example, will be able to offer financial packages which far outstrip those of teams in England and could make Asia a much more attractive destination to the world’s top footballers.

The exchange rate plummeting will also make it cheaper for teams outside of the UK to buy players from the Premier League, which means that some of the Premier League's top players could be more within the grasp of Europe's big clubs than ever before.

The reality of the situation is that it is very difficult to predict exactly how this will impact the sporting world. The FA, and the larger footballing governing bodies, may campaign to allow for special dispensations to maintain the current football system as is possible but it’s very difficult to see the Premier League, and the other football leagues in the UK, not being affected by Brexit.

And spare a thought for the Football Manager developers, this will be a nightmare to program into their next game too.

Football
11 months ago
By Evan Coughlan
Watch: Big Sam Laid Into Just About Everyone Over The Weekend
Football
1 year ago
By Eoin Lyons
Gary Lineker Steps In It With Poorly Worded Brexit Tweet
Football
1 year ago
By Maurice Brosnan
Report: Brexit To Have Monumental Impact On Premier League Squads
Popular on Balls
Football
3 hours ago
By Gary Connaughton
Gerrard Blasts Officials After Strange Excuse For Not Awarding Penalty
1