Saturday night and I like the way you move. Divock Origi.

So much so that he's gone and earned his own chant - despite only receiving sparing minutes in recent months.

The 94th-minute winner against Wolves was business as usual for the Belgian as it's a set of circumstances most have become accustomed to.

Origi has had a frustrating season but he revealed the advice that Klopp gave him just before replacing Jordan Henderson today.

‘[He said] Be Divock. Try and contribute and in the end help the team’,” Origi told Sky Sports after the match.

And who is Divock if not 'Mr. Saturday Night' in Liverpool?

But where did it all start?

Saturday night and I like the way you move...DIVOCK ORIGI!!🎶 pic.twitter.com/kFkgDjzU4T

WOW! Unreal feeling. Was a scrap but that’s why we always fight to the end 🙌
P.s. I’ll take my grandkids to visit the Divock Origi statue one day WHAT A MAN ❤️ #YNWA pic.twitter.com/FYkUq7Yq61

Origi's first Premier League goal was aptly a last-minute equaliser against West Brom in December 2015. But it was a goal in the Merseyside Derby two years later that started it all off.

Liverpool were 2-1 up at Anfield when Origi fired home a first-time shot from a Philippe Coutinho through ball to smash the ball into the back of the net.

Everton keeper Joel Robles had no chance and it sent Liverpool fans into a frenzy in the stands. Origi had the game well and truly sealed - of a Saturday night.

Divock Origi is some man for Merseyside Derbies while we are on the topic. In December of 2018 - he was a late substitute96th-minute and came on to rescue a 0-0 stalemate.

The Belgian brought with him a killer instinct to capitalise on a Jordan Pickford mistake and score with his head in the 96th minute.

"This place has gone berserk!" 😱

When Divock Origi scores a 96th minute winner against #EFC...

Watch one of the most bizarre Merseyside derby winners in history here: https://t.co/rJ54Gzv6sy pic.twitter.com/h4nLqQeFDl

Origi proved to be a huge asset for Liverpool in the 2018/2019 Champions League campaign - in particular during the latter stages of the competition.

Barcelona and Lionel Messi handed the Reds a 3-0 drubbing at Camp Nou in the first of two semi-final legs. Liverpool needed a miracle in the return fixture.

A miracle it was. Despite being 3-0 up and tied on aggregate - Liverpool needed a fourth to mark their return to the Champions League final.

That's when we got the infamous commentary line from Steve Hunter on LFCTV. "Corner taken quickly... Origiiiii!!!"

Trent Alexander-Arnold had a stroke of genius in taking a fast corner and Divock Origi was one of the only players in tune with the move. 4-0 Liverpool.

Then there's the small feat of Divock scoring Liverpool's second in their 2-0 Champions League final victory against Tottenham. A good goal too.

Origi's Champions League heroics in particular earned him the chant to Whigfield's 'Saturday Night' and there's plenty of videos floating about of it.

It hasn't been a bad few seasons for Divock Origi at Anfield. He'll probably be looking on at the likes of Salah, Mane, Jota and Firmino from the bench.

But he'll still be brought on in the important moments and still score those all-important goals. Fair play to him. (From an Everton fan) 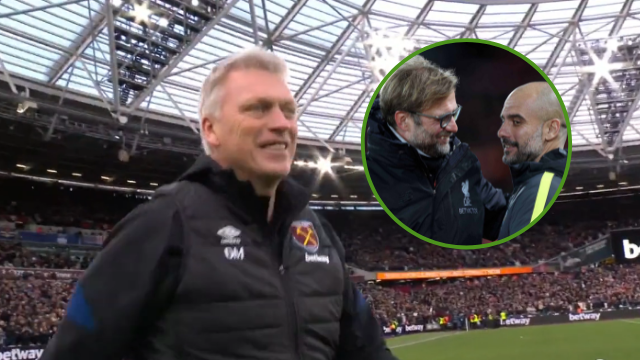