Football as the beautiful game is about more than how it looks. The game's true beauty lies in how it makes you feel. No one understood that more than Jack Charlton.

There has been a remarkable outpouring of emotion at the news that the former England player and Ireland manager, who had been diagnosed with lymphoma, died on Friday aged 85. This is to be expected when you consider the fact that so much of Charlton's brilliance was his ability to stir up emotion in people that sorely needed it. 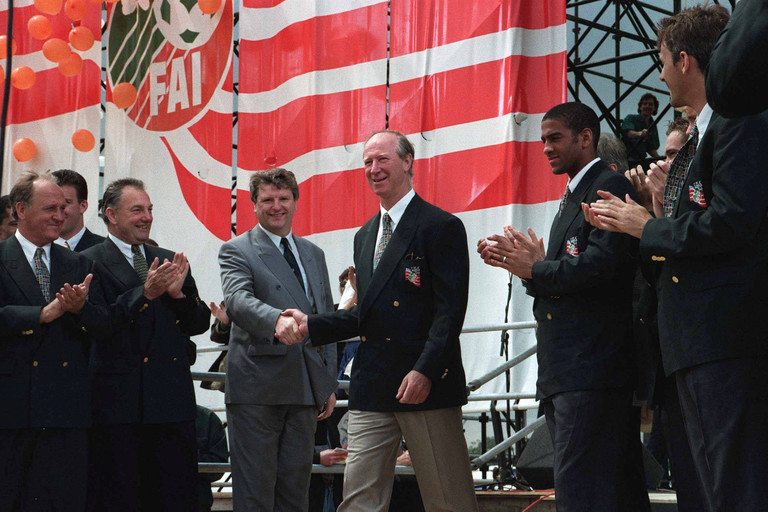 "I don't go anywhere for anybody, nobody," declared Leeds United legend Billy Bremner during his appearance at an RTE tribute show for Charlton in 1996. "There is only one person I would go for, that is the big man."

"I think Jackie was outstanding. There are certain players who can play for you. They don't have to play particularly well every week but as long as they are there, their influence is there."

While wrapped in colour and charisma, Charlton's career was fundamentally legendary. He broke new ground as a player, manager and pundit. What is all the more remarkable is that so often he did it precisely when it was required.

That is his legacy. The great uncorking of national joy enjoyed on this isle was a feature of his career across the board. When the neglected needed a lift, he delivered it again and again.

It started when a 15-year old Charlton walked into Leeds United to join their ground staff and went to play a defining role in their most successful era ever. He was there when they won promotion from the Second Division and saw the club to the very top with a First Division Trophy and FA Cup to follow.

He did not receive an England cap until he was almost 30 yet went on to play in every match for Alf Ramsey's side during the 1966 World Cup. This was a state in a great transition. It was only two decades since the end of World War Two. They needed a cause to rally behind and in a team rightly portrayed as authentic working-class heroes they had it. 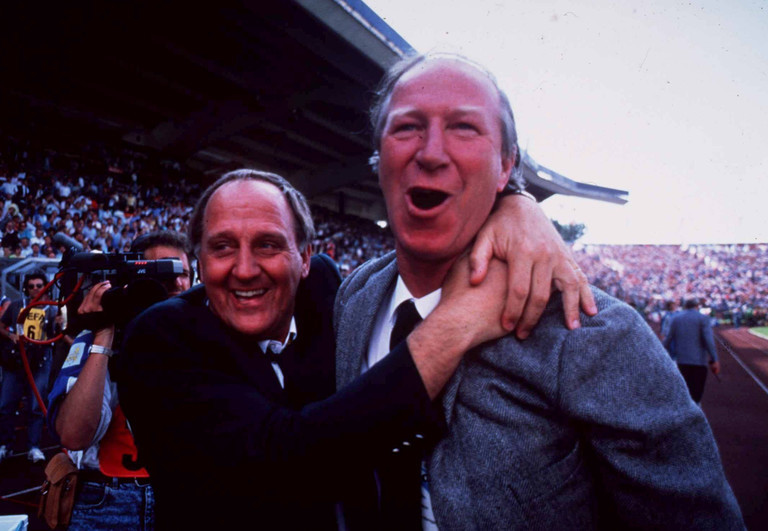 After retiring, Charlton was appointed manager of Middlesbrough in his Native North East. He took a reduced salary and didn't want a contract. The year was 1973 and he had just turned 38 but had all the experience necessary. At the top of his to-do list was the repainting of Ayresome Park.  His background ensured he understood the pride local people had in their football club.

"People in the North-East have a passionate interest in and great knowledge of football," Charlton explained in his 1996 autobiography. "You either worked in the pit, or if you were lucky, you went away to play football. My father worked six days a week down a mine all his life. So, later, did my two younger brothers - and so, nearly, did I."

"The talk turned to football three of four hundred feet underground. Football was always a great topic of conversation among miners."

At Middlesborough, he was an immediate success. They won promotion to the First Division before he left for Sheffield Wednesday. In 1977, he applied for that job after the local fans asked him to help.

"Industry was getting a knock at that time," Charlton later explained. "There was a lot of factories closing down. People becoming unemployed. The football wasn't giving people a lift. It was a depressed area as far as support was concerned. The crowds were down to 10,000. It was sad really."

?️ On Big Jack's birthday, we've dug out this old footage for you to watch..

"I think we have a lot to say thank you to Jack Charlton for.."

They went from the bottom of the old Third Division to promotion and an FA Cup semi-final. Yet the crowning glory of his managerial career was still to come.

Charlton was appointed Ireland manager in 1986. What followed has been widely discussed and rightly celebrated. A nation with countless reasons to be dejected, with unemployment and emigration and the desolation of the troubles, finally had reason to be happy.

The songs and the stories. The parties and the pride. Big Jack brought it all. And as he explained in his book, he did it for us.

I'd achieved enough for any man. I didn't need the affection of a people I had known only as our neighbours across the water. But when it came, it was warm and it was generous. And I prized it as much as anything in my life.

The FAI might, for whatever reason, want me to go. The media might turn turtle, but the doomsday scenario for me was when ordinary Irish men and women would turn their heads the other way as I walked up the street. That, for me, would be the wages of failure.

What he achieved was the furthest thing from failure. Today those same people celebrate him as the sporting hero. A nation will forever be in his debt.

Football
3 months ago
By Balls Team
Where Are They Now? - The Ireland Fans At The Walkinstown Roundabout In 1990
Previous Next

Football
3 weeks ago
By Mick McCarthy
Mick McCarthy: Big Jack Illuminated Ireland For Almost 10 Years
Football
3 months ago
By Gary Connaughton
Jack Charlton's Pope Quip After World Cup Exit Has Become The Stuff Of Legends
Football
3 months ago
By Balls Team
Where Are They Now? - The Ireland Fans At The Walkinstown Roundabout In 1990
Popular on Balls
The Rewind
3 minutes ago
By Donny Mahoney
Six Inspired Irish Lockdown Gift Ideas For The Man In Your Life
Premier League
16 minutes ago
By Balls Team
Wijnaldum Slams Everton For Going 'Too Far' In Merseyside Derbies
The News
2 hours ago
By Balls Team
20x20 Movement Has Impact But Long Road Still Ahead For Irish Women's Sport
17

Golf
2 hours ago
By Balls Team
Report: All Irish Golf Courses To Close From Midnight For Six Weeks