Assessing How To Use Aaron Connolly In Saturday's Crucial Qualifier

The steep ascension of Aaron Connolly into the public's consciousness was so pronounced last weekend that, only 24 hours after putting two goals past Tottenham on only his first Premier League start, he was joining up with national senior side. In the current circumstances, it cannot be said that it isn't deserved.

There hasn't been this much buzz surrounding the call-up of a player since James McCarthy in 2011, though there were a number of additional reasons for the fanfare on that occasion, the battle for his allegiance with Scotland being the source of months of uncertainty.

Before that you would probably have to go back to the debuts of Robbie Keane and Damien Duff in order to find similar levels of excitement surrounding a call-up, the comparison with Keane being of particular significance since the Galway teenager became the youngest player since Robbie Keane in 1999 to score a brace of Premier League goals last weekend.

Clearly the Brighton youngster is quite the prospect, but the obvious versatility and maturity he exudes has opened up the debate: Where exactly will Mick McCarthy deploy him.

Ahead of Saturday's game in Tbilisi, Balls assesses his options.

Evidently, playing as a striker is the 19-year-old's favourite position. And while it is still early in his career, last Saturday's performance suggested it's the role he is most at home in.

Mick McCarthy's comments on his performance in that game during the first press conference this week were of particular interest and may provide a clue as to how he believes the Galway teenager should be used. As impressive as the solo effort for Connolly's second goal was, the Irish manager was taken aback by his first goal, particularly the instinct and alertness he conveyed to poke the ball in at the second attempt.

With David McGoldrick looking like he is going to miss out on this weekend's game, and Shane Long not even named in the squad, Connolly presents a possible alternative up front. Moreover, the Galwegian's industry lends itself to the way McCarthy sets his teams up. The side needs a striker that can run all day and it's clear the youngster doesn't shrug off such work.

That he held his own against Tottenham on Saturday, up against one of the best defensive partnerships in the world in Toby Alderweireld and Jan Vertonghen, is a major plus for his starting prospects, though it must be added that the London club have slumped over recent weeks. Therefore, that sole performance may not be sufficient evidence, in McCarthy's eyes, for his immediate inclusion to the solitary position. 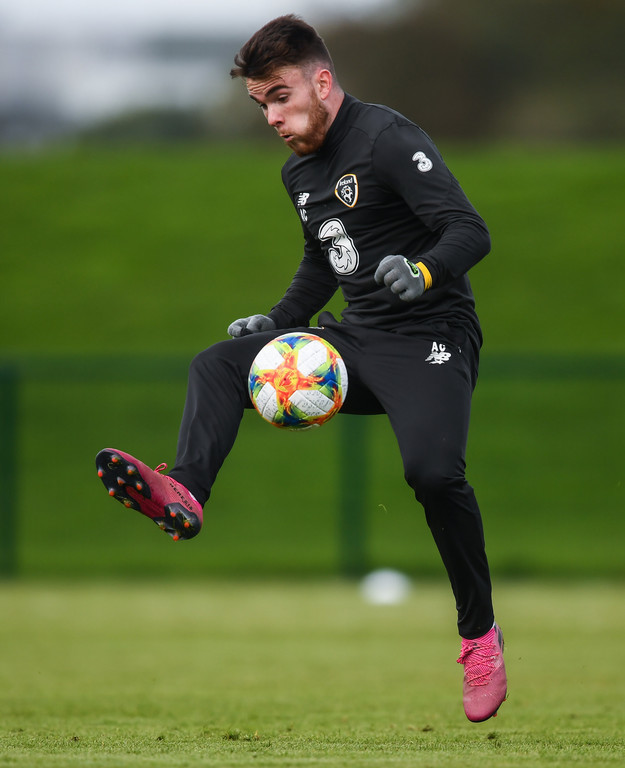 With the riches afforded to Stephen Kenny in attack at under-21 level, Connolly has often been deployed on the wing. There, he has fitted in seamlessly, his willingness to put defenders on the back foot and his eagerness to take them on making him well suited to the position.

In McCarthy's system fitting in on the wing is possibly easier than doing so up front after only a single week in camp to adjust. His injection of pace, and his ability either to cut-in or go-around opponents, make him dangerous for even the most experienced defenders as Alderweireld discovered last weekend for the youngster's second goal.

The paucity of out-and-out wingers in the squad also makes him a possible candidate for the position. Clearly leading the line brings a certain amount of pressure with it and the fact that the Irish side only beat Georgia via a Conor Hourihane free-kick in Dublin is sure to be preying on Irish minds this week. That the game is in Tbilisi adds another dynamic to the game. The stadium is a fortress for the Georgians - they may have lost 5-1 to Denmark in Copenhagen, but they played out a scoreless draw with the Danes last month back on home soil.

The wing may ultimately prove to be a less pressurised environment for the Galway man, though it's one in which he can certainly deliver.

Off all the likely scenarios, playing behind the front man is probably the least likely for the Brighton player. But, nevertheless, there's little evidence to suggest Connolly couldn't perform the duties the role entails.

McCarthy, all the same, may see value in handing the teenager the role, without fully entrusting him with the pressures of being a sole striker or a creative winger. It would be essentially handing him a license to do as he pleases in a roaming attacking midfield role. It would also be one of the 60-year-old's more ambitious moves since returning to the job and, given the seriousness of the upcoming fixtures, it remains highly unlikely.

The player's high-octane, energetic style, however, could pose a different threat and the Irish manager may just decide to surprise us all, Georgia included, by going with a ultra-attacking formation. Wishful thinking.

Such an approach would require Jeff Hendrick and Conor Hourihane, considered as two guaranteed starters, to sit deeper than usual or, alternatively, it would require Hendrick to go out on the wing which is hardly inconceivable. The unorthodox role then afforded to Connolly would see him covering the width of the pitch, pressing what can expected to be a disciplined and organised system. 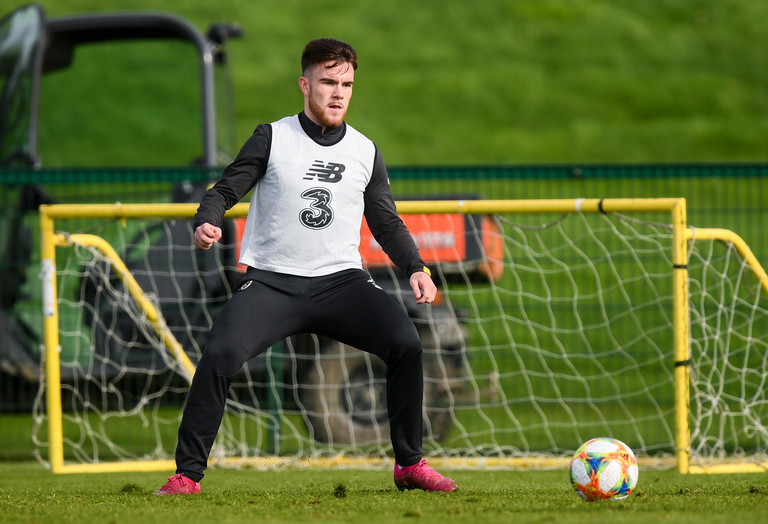 Springing from the bench in the second half remains the most likely possibility for Connolly, especially in light of comments made by the Irish manager last week. That came prior to the weekend's call-up in place of the injured Ronan Curtis.

Speaking in relation to the upcoming Georgia game in a press conference before the call-up, the manager said: "It’s not a place for debuts but you guys (journalists) would be asking the same question...before they’ve even played in the Premier League."

Then again, he also said he wouldn't take a player off Stephen Kenny if he didn't intend on using him. Interestingly, Duff and Keane, whom Connolly has been compared with, both made their debuts on the same night under McCarthy back in 1998, with the former starting and the latter coming off the bench against Czech Republic. 21 years on, McCarthy could opt for either approach again.

But with pressure mounting and with the obvious energy Connolly can inject into a game, the young Galway star will probably have to remain satisfied with a spot on the bench until late in the game.