How To Watch Lionel Messi's PSG Debut In Ireland

The biggest transfer of recent years has been completed, as Paris Saint-Germain have completed the sensational signing of Lionel Messi as a free agent after his departure from Barcelona. Now, eyes turn to his first appearance in the French capital - and we have the info you need on how to watch Lionel Messi's debut for PSG in Ireland.

When will Lionel Messi make his PSG debut?

Leo Messi played a crucial role in Argentina's Copa America triumph in July, and hadn't returned to training before his unveiling in Paris on Tuesday evening.

As he's been out of training, it's unlikely Messi will see any game time in PSG's opener against Strasbourg on Saturday evening, though he is reported to be keen on at least travelling with the squad to the game. French radio station RMC are reporting that Messi has asked to be included in the matchday squad, but that certainly seems unlikely.

That means attention will shift to PSG's later games. On Friday 20 August, they travel to Brest for their second game in Ligue 1, before another trip to Reims on Sunday 29 August. We can expect Messi to appear, at least off the bench, in one of those games.

If not, he'll likely make his debut against Clermont on the weekend of September 12th, just before the beginning of the Champions League group stages.

How to watch Lionel Messi's debut for PSG?

BT Sport hold the exclusive Irish and British broadcasting rights for Ligue 1, as well as the  rights for every Champions League game, meaning they will show Messi's debut regardless of when it comes.

How will PSG line up this season?

The prospect of PSG's lineup for the 2021-22 is a frankly terrifying one. The combination of not only Messi, Kylian Mbappé, and Neymar up front, but also their frightening newfound defensive depth, means they will be a force to reckon with this season.

Messi is unlikely to start on his PSG debut, meaning someone like Julian Draxler or Mauro Icardi is likely to get a chance in the starting XI for at least the first few games of the season.

SEE ALSO: With Messi On Board, PSG's Starting Eleven Next Season Is Absolutely Absurd 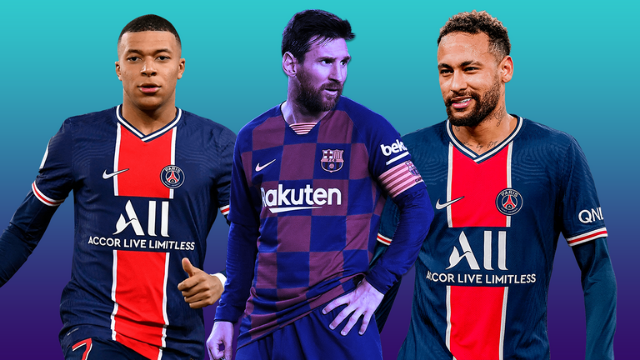