While you never want to see anyone go too far beyond the line, a bit of gamesmanship is always required at the highest level in football. Even the most naturally gifted players have a bit of that in them, especially when it comes to attaining some sort of advantage for their team.

Picking up intentional yellow cards is one example.

There have been numerous examples of players picking up cautions on purpose in the past, often when they are one booking away from suspension and time it so that they will miss a less important fixture.

There was one such example in La Liga on Sunday, although you would do well to think of another example of where another player employed quicker thinking than on this occasion.

Iago Aspas was in the Celta Vigo team for their fixture against Valencia, scoring in the 11th minute to give his side the lead.

However, with the striker having injured himself in the process of scoring the goal and being only one booking away from a suspension, he took off his shirt presumably with the intent of receiving a yellow card and being ruled out of a fixture that he would already be missing due to injury.

Iago Aspas was a yellow card away from a one match suspension.

After injuring himself while scoring, he appeared to take off his shirt so he could serve his punishment while recovering 🧠 pic.twitter.com/ONKvGkuFvJ

Aspas was substituted a few minutes later, with Celta Vigo going on to lose 2-1. He will now miss Friday's trip to Mallorca through suspension, although he was unlikely to be fit in any case.

The 34-year old is perhaps best known in this part of the world for his short-lived stint at Liverpool, although he has gone on to carve a very successful career since returning to Spain. He has scored at least 14 goals in each of the last six La Liga campaigns and also earned 18 caps at international level.

Despite this, he will continue to be associated with perhaps the most infamous corner in Liverpool history. 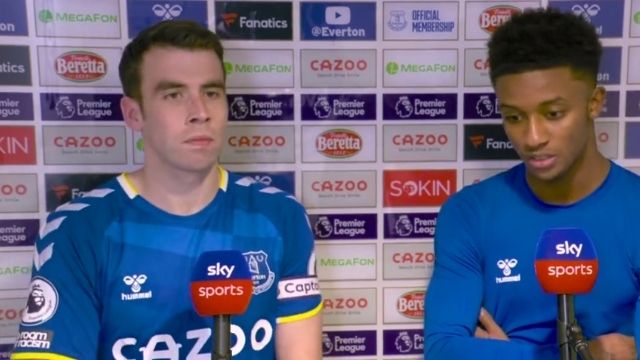