While 'Project Big Picture' has been shelved for now, it's clear that English football is still heavily weighted in favour of the biggest clubs.

It's obvious this is the case at first team level, but it also extends to the the academy system as well. The top clubs in the country have the pick of the most talented youngster, often poaching them from lesser clubs who receive very little in return.

It can be difficult for a 14 or 15-year old to turn away the advances of the Premier League elite, with their current clubs often left on the outside looking in when it comes to making those decisions.

Many of them are getting tired of it, including Grimsby Town manager Ian Holloway.

Louis Boyd and Ben Girst, two 15-year olds who have already appeared for the Grimsby first team this season, are currently being courted by Liverpool and Chelsea.

They would essentially be free to join the clubs if they wish, something Ian Holloway told Grimsby Live that he is 'fuming' about.

These big wigs who want to take over football on the sly, they've already got rules passed that they're category A clubs, and they can steal those lads off us very, very cheaply, because it suits them again doesn't it?

Those rules were passed by who? The academy setup is run by people who have got enough money to have all those things in place to get a tick in the box for category A.

I want to play them when they're 15 because they're good enough, and when will they ever play for them? I'm going to have to wait and see.

I knew it would be a risk, but I don't really care, because I care about those boys and I want to get them in my team, and I'll teach them as good as any one of those clubs will, if not better in my opinion.

That's what I'll be telling their parents. Whether they listen to me I don't know, but I can prove one thing. If you're good enough, you're old enough.

Clubs who have 'Category A' academies are entitled to sign players from sides further down the pyramid for a fairly low compensation fee.

We imagine Holloway wouldn't bee too happy if either of these players were to move on.

SEE ALSO: The Rule That Meant Pickford Couldn't Be Sent Off For Van Dijk Horror Tackle 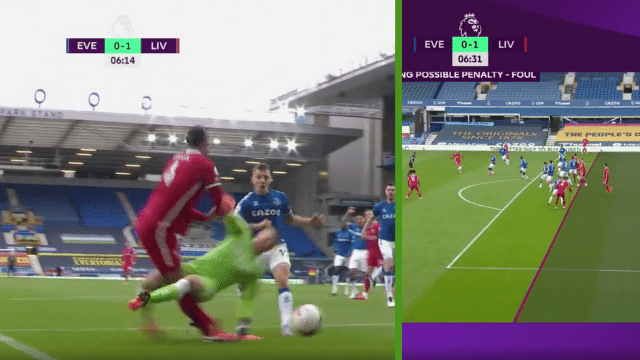 Football
5 days ago
By Sean Meehan
Report: Abramovich Mulling Over Move To Bring Avram Grant Back To Chelsea
Previous Next

Football
23 hours ago
By Emmet Bradshaw
Spanish Media Sharpening Their Knives For Struggling Eden Hazard
Football
1 day ago
By Emmet Bradshaw
Andy Robertson v Thiago Silva's Wife Is The Social Media Beef We Need In 2021
Football
5 days ago
By Sean Meehan
Report: Abramovich Mulling Over Move To Bring Avram Grant Back To Chelsea
Popular on Balls
Rugby
2 hours ago
By Gary Connaughton
O'Sullivan Worried About Future Of Rugby If Six Nations Goes Behind Pay Wall
Football
3 hours ago
By PJ Browne
Karl Sheppard Forced To Call Time On Career At Just 29
2

Football
4 hours ago
By PJ Browne
'He Deserved To Wear The Armband Today. Jason Is A Fantastic Player'
3