Despite ridding themselves of Ole Gunnar Solskjaer, things haven't exactly improved at Manchester United since the arrival of Ralf Rangnick.

While the results hadn't been that bad in the first few weeks under the German, their level of performance has left a lot to be desired. They had picked up some points, but it was worth noting that their fixtures had largely come against sides battling relegation.

When they faced a decent opposition for the first time last night in the form of Wolves, they were found wanting. Bruno Lage's side would ultimately emerge as deserved 1-0 winners from their clash at Old Trafford.

United do not seem to have solved the issues that plagued them under Solskjaer. While it is still very early days in the reign of Ralf Rangnick, he does not seem to have instilled any of the ferocious pressing or hard work that were the trademarks of his teams in Germany.

Some of the decisions he made during last night's game, most notably taking off Mason Greenwood when he looked like the team's biggest attacking threat, also left supporters scratching their heads.

Speaking after the game, Rangnick hinted it was Greenwood's lack of experience that saw him substituted, while also admitting he did not feel it was appropriate to take off either of his two holding midfielders despite his team chasing a goal and a possible three points at that stage.

🗣️ "We didn't play well at all. Neither individually, nor collectively."

Ralf Rangnick reacts to a first defeat for him as interim manager at #MUFC pic.twitter.com/SV7JTyeN1t

Those comments have not been well received by some.

Speaking on the Premier League's world feed, both Ian Wright and Andy Cole questioned a number of tactical decisions the United boss made throughout the game.

Wright: I'm quite disappointed with Ralf there about his admission with Cavani or Greenwood. In this game, Greenwood was giving more. To take him off simply because Cavani is more experienced and the stature of the player, it says to me that 'I don't trust him'.

Cole: When you're half chasing a game and trying to get a goal, he said he wasn't prepared to take off one of his 6s. Why not? You're the home team, you can take one off and Bruno can come in there and do his little bit of magic.

You're trying to win the game at Old Trafford. you don't take off an individual who can score goals or create a goal and leave a less creative player on. That doesn't make sense either.

Wright: Even with the press, I feel like they way United are playing, and I know he said they've only been together two or three weeks, I'm trying to instil in that team a press against a Wolves side where if you can win the ball further up the pitch you don't have to worry too much about what's going on at the back.

If the press is good enough, with the players United have got you will punish them if you win the ball further up the pitch. With what I'm seeing with United, the deeper they are the more difficult it is for them to create something.

Cole: I thought that as well. United were retreating into their own half, everyone was getting back and they would try and do it from there.

When it comes to pressing the football and winning it back, as players you've got the intelligence to do it, saying go and win it for me. Once you see that, everybody goes. I don't need somebody to tell me 'go and do this'. You've got to have footballing intelligence as to when you're going to press.

Manchester United certainly don't seem to be any more adept at pressing under Rangnick, with the lack of intensity a major issue for the team both in and out of possession.

Perhaps that is down to the personnel at the club, although players of that level should be able to adapt to any demands from their manager.

Ian Wright also criticised the decision to select both Scott McTominay and Nemanja Matic in midfield, believing it was an overly cautious move for a home game against Wolves.

"You're not gonna control a game with McTominay and Matic in midfield."@IanWright0 doesn't hold back on Manchester United's shortcomings. pic.twitter.com/8rJunaHjMz

It's a game where I don't know why Bruno Fernandes didn't start, you saw the impact he had when he came on. Man United at Old Trafford should be controlling the game, why they need two holding midfielders of the same ilk is confusing for me.

Surely with United at Old Trafford, you've got to be progressing the ball to get it to Ronaldo, Cavani, Greenwoord, or Sancho and put pressure on these teams.

Ralf Rangnick certainly has a huge amount of work to do.

With the likes of Arsenal and Spurs improving in recent weeks, he may have to accelerate that process if United are to finish in the top four this season. 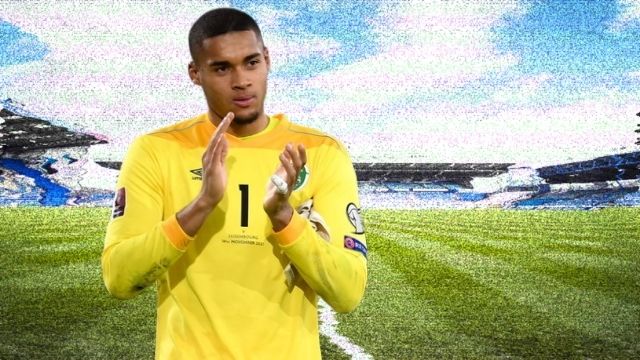