Ian Wright is certain on three points regarding the tug of war between Ireland and England over Declan Rice.

The first: there needs to be a rule change.

Rice has three caps for the Republic of Ireland. As none of those came in competitive internationals, he is eligible to switch allegiance.

"That's something that they are going to have to sort out," Wright said at a Cadbury event Sunday.

"He's played three friendlies. Once it's not schoolboy level - like we had Ryan Giggs, he played for England Schoolboys - if we're not talking about that level, then I think if you put the shirt on, then the choice is made.

"He's got a massive decision to make, it's unfortunate that a young player like himself who is trying to forge his way in the Premier League - which is tough enough as it is - is now in this tug of war, which is a situation that ideally you don't want him to be in.

"The fact is he can be beneficial to both countries. You've got an England side who are progressing under a new young manager who's all about progressing youth and you've got the Republic of Ireland who need to get all the quality players in there team to start helping them get back to a level of football and playing where we know we can be.

"This is the decision Declan Rice has got to make: Do I pick Ireland to help build them or do I pick England because they're progressing?" 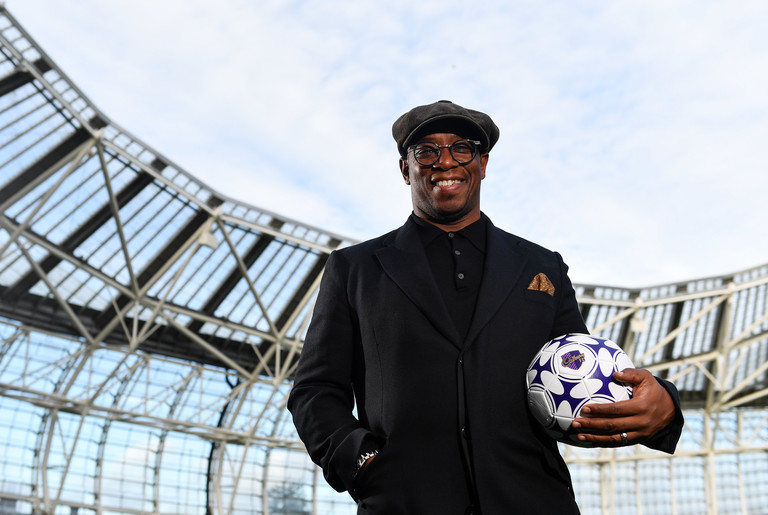 The second point of which Wright is sure: playing international football for England rather than Ireland would not make a major financial difference to Rice's future.

If you're playing in the Premier League and you're doing what you're doing, you're going to be able to earn money. It's not like a player at West Ham is not earning a fortune in itself.

If he can continue to progress as he has, he's going to continue to probably earn good money and probably attract bigger clubs. It wouldn't make any difference who he plays for. It's all about his progression in the Premier League and what he does with respects to improving as a player.

It's got nothing to do with him playing for England and then his value goes up. I think his value goes up if he plays well for West Ham because he's in a league that's very, very tough and is very demanding. If he can show that he's got the capability to play at that level, he's going to earn a lot of money anyway.

The former Arsenal man also knows that no matter who Rice chooses, he's going to get abuse. If he picks England, then it will come from Irish fans (he'll probably get it from Irish fans even if he does choose Ireland). Also, if he opts for England, there will be those who wonder why he pulled on the Ireland jersey first.

"What you find, especially with social media, you find that you're going to get a lot of stick whatever happens.

"Whoever he chooses, he's going to get stick."

Former Premier League player Ian Wright was in Dublin today to attend an exclusive event hosted by Cadbury, ‘Official Snack Partner’ to the Premier League. Hosted in the Aviva Stadium in Dublin, Ian was joined by Tesco competition winners from all over the country as they enjoyed a meet and greet with the football legend. The 2018/19 season marks the second year of Cadbury’s three-year partnership.

Football
2 weeks ago
By Conor Breslin
Bonucci Says Declan Rice Comments Gave Italy Extra Inspiration
Gaming
3 weeks ago
By Jonathan Byrne
Rice And Grealish Ignore The Awkward Reality Of Their Old FIFA Cards
Football
1 month ago
By Eoin Harrington
Roy Keane Thinks Declan Rice Is The Answer To Man United's Problems
Popular on Balls
Football
17 hours ago
By Gary Connaughton
Solskjaer Bites Back At Jamie Carragher Criticism Ahead Of Atalanta Game
GAA
21 hours ago
By PJ Browne
All-Star Keeper Manages Scotstown To Monaghan U15 Title
Football
14 hours ago
By Gary Connaughton
Didi Hamann Hammers Naby Keita For Atletico Madrid Performance
GAA
22 hours ago
By PJ Browne
'He Held The Room For 7 or 8 Minutes, There Wasn’t An Eyeball Off Him'