Granit Xhaka has a difficult relationship with Arsenal supporters.

His signing was viewed as a potentially game changing arrival by some at the club, but it is fair to say that he has not lived up to expectations.

The Swiss midfielder has played well in spells during his five-year spell in North London, even being promoted to captain at one stage.

Despite this, his relationship with the fans has been difficult. The fact that he shouted abuse at them after being booed during a substitution in 2019 probably didn't help matters.

Xhaka would be stripped of the captaincy as a result.

The 28-year old has been heavily linked with a move away from the club this summer, with Roma the most likely destination.

His performances at Euro 2020 have probably caught the attentions of a few more interested suitors, with Xhaka putting in an incredible man-of-the-match performance as his team knocked favourites France out of the competition.

However, Ian Wright believes that that game shows that Arsenal would be foolish to let the player leave.

Speaking on ITV's Football Show Podcast, Wright questioned why Arsenal have not been able to get similar performances out of the player in recent seasons.

That is the best I’ve ever seen him [Xhaka] play.

I feel for him because he’s someone I’ve been very critical of in the past and when you see a performance like, do you blame him or the coaches for not getting those performances out of him in the past?

I have never seen him used to that effect. There’s no way Arsenal should be selling a player that can play like that, at that level.

So unfortunately for us it looks like he is going but I’m delighted for him because he’s answered a lot of critics. He was magnificent.

Xhaka is far from the only player to fall short of the mark at Arsenal.

It would be interesting to see how he fared at a different club. 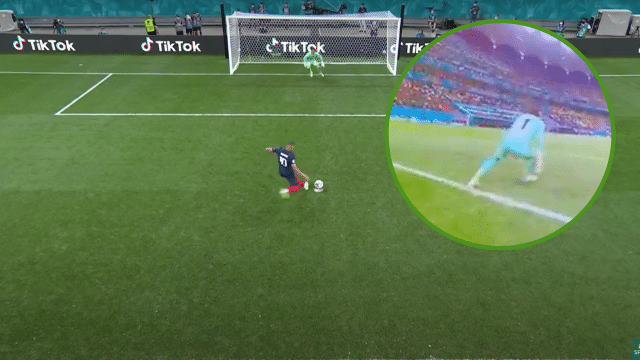 Football
1 month ago
By PJ Browne
Mick McCarthy Snaps Up Ireland U21 International From Arsenal
Football
3 months ago
By Gary Connaughton
Report: Liverpool Interested In Signing Former Arsenal Forward
Football
3 months ago
By Michael McCarthy
The Statements The Six English Super League Clubs Have Made Since Pathetic Capitulation
Popular on Balls
Olympics
17 hours ago
By Eoin Harrington
Team Australia In Hot Water After 'Unacceptable Behaviour' On Flight Back From Olympics
168