Former Arsenal man Ian Wright was on punditry duty for ITV ahead of the FA Cup meeting of Rochdale and Plymouth Argyle.

The second round tie also featured Mark Pougatch and Grant Holt. Wright has been a mainstay on BBC's Match of the Day as well.

Things were routine for the pundits until tragedy hit. Ian's mother Nesta passed seconds before the coverage of the game went on-air.

Wright learnt of his mother's passing during the first half and ITV announced at half-time that he had left to be with family members.

"Ian, I'm afraid is not (here)," Pougatch said. "A family bereavement, so he has gone to where he is most needed - with his family."

Thoughts, love and prayers out to Ian Wright and his family, following the sad news about his mother. RIP 🙏♥️😢 pic.twitter.com/fYp4kbiW2O

Nesta Wright will be remembered by her three kids, with Ian the youngest of three brothers. They grew up in the Brockley and Crofton Park areas of London.

It was a tough upbringing for Ian and his brothers as he was the victim of abuse from his stepfather from a young age. His biological father was absent.

He spoke poignantly about the abuse in the BBC film 'Ian Wright: Home Truths' and talked about the crippling anxiety he felt as a kid.

“We can’t ignore it, we need to talk.”
In this powerful new documentary, @IanWright0 investigates the effect that growing up in a violent home has on children in the UK.

He was born from parents with Jamaican heritage and has been a strong voice in providing counsel for racial issues in football over the years.

Wright had an unconventional route to football and wasn't signed professionally until the age of 21. He was spotted by Crystal Palace scouts playing semi-professionally.

The former England international went on to become Arsenal's second-highest goalscorer of all-time behind Thierry Henry.

Wright adopted sons Bradley and Shaun in the 1980s who went on to become footballers too. Bradley Wright-Phillips still plays in the MLS. 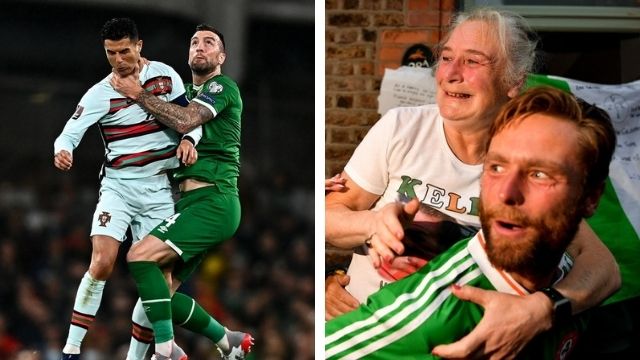