In a league as unpredictable as the Premier League, at least we can take some comfort in the fact that we know Arsenal will always provide a laugh or two.

Few expected them to get anything out of their game against Manchester City this afternoon, but even the most pessimistic predictions did not expect things to be as bad as they were.

Mikel Arteta's side would end the first half 3-0 down and with ten men, with Granit Xhaka being sent off late on for a wild challenge.

It was a truly embarrassing 45 minutes of football for Arsenal fans, with Ian Wright a broken man on punditry duties.

Shaun Wright-Phillips could only give his dad a hug after he was forced to sit through that half from Arsenal 🤣 #MCIARSpic.twitter.com/sI0wFchwtv

Speaking at halftime, the former Arsenal star said this was an embarrassing day for everybody associated with the club.

I don't know what [Arteta's] game plan is. I'm looking at the defence and it is a disaster class. Between Cedric [Soares], [Sead] Kolasinac, they are all over the place.

The pressing at the start, funnily enough, was pretty good. But apart from that, the organisation is absolutely abysmal...

Cedric is meant to be an experienced player, he just got a brilliant deal from us, a four year deal. He has been an absolute joke in this game.

You look at him, Kolasinac, and [Granit] Xhaka gets sent off. Our experienced players have really let us down in this game...

You look at someone like [William] Saliba, and he's not in the team because they say he's not ready, and then that is the standard? It's embarrassing...

It's crazy (Xhaka's tackle). You don't need to tackle like that against anybody, it's a terrible challenge. When you're 2-0 down against City you need somebody like Xhaka, who is an experienced player, to be calm because this could be anything Manchester City it to be.

That is a dangerous challenge, he had to go. I think they said he has been sent off 11 times now, I'm not sure what it is. I'm not sure how Mikel [Arteta] is trying to justify that.

It has all gone to pot. From an organisational point of view, even before they went down to ten men and 2-0, there was no plan...

This for me is a crux point for Mikel Arteta. Arsenal fans around the world must be absolutely devastated.

We couldn't have summed it up any better.

This is going to be a very long season for Arsenal, although you'd imagine Mikel Arteta may not be part of it for too much longer if the team stay on their current trajectory.

SEE ALSO: Darren Randolph Clears Up Ireland Future After Being Left Out Of Squad 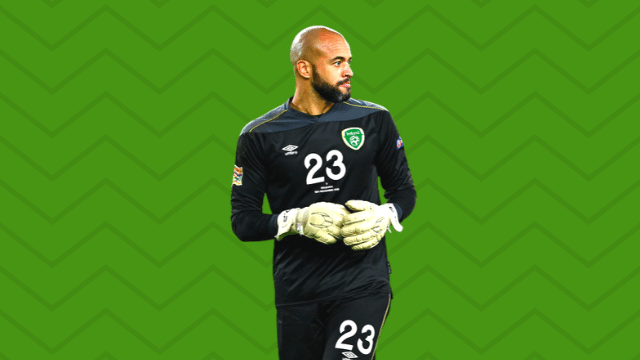