The Manchester derby will have a distinctly different feel to it when the two sides of the city face each other on Saturday.

Both sides have new managers with a long-standing rivalry and both have spent hugely in the transfer market. In fact, the Manchester clubs combined have spent £313m, almost a third of the total outlay in the Premier League this season.

Zlatan Ibrahimovic is not one to shy away from a big occasion and the Manchester derby is no different. With the derby just three days away, the Swede has decided now is a good time to troll City new boy Claudio Bravo.

Guardiola recruited Bravo from his former club Barcelona for a reported £17m and the keeper is expected to make his debut on Saturday. Chances are he's probably nervous enough already filling the boots of a fan favourite in Joe Hart. 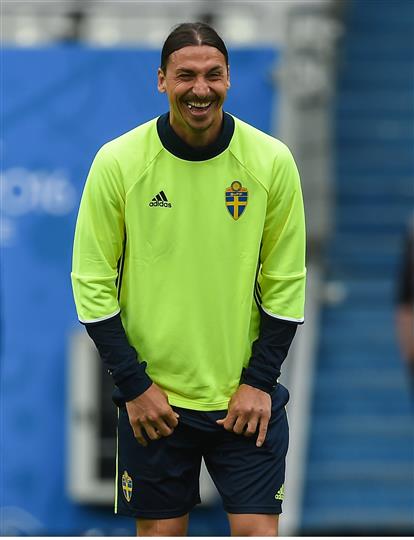 The 34-year-old uploaded a video of himself packing training gear into a box on his Instagram account this morning. Seems fairly innocuous.

But experts would probably determine that shots had been fired. With the scoring record Zlatan has amassed and three goals from three league appearances already in a United shirt, it's fair to say that Claudio Bravo is probably sweating right now.

Here's the full video if you can handle the squeakiness of that pen he's using.

Ibra signs off the post with "Welcome to Manchester! Here’s some training gear, you’re gonna need it. See you Saturday." Let's hope Bravo has some steely mental fortitude, you don't want Ibrahimovic in your head with the form he's currently in.

Football
14 minutes ago
By Balls Team
The Ireland FIFA World Rankings Hall Of Fame: When We Were Kings
Football
54 minutes ago
By Balls Team
Medals Stolen From Reece James’ Home While He Was Playing For Chelsea
Football
1 hour ago
By Andrew Dempsey
Rangers Refuse Neil Lennon And Chris Sutton Access To Ibrox For Work, Due To 'Security Risk'
Popular on Balls
GAA
23 hours ago
By PJ Browne
Meyler And Morgan Open Up About Tyrone Covid-19 Troubles
GAA
10 hours ago
By PJ Browne
Patrice Evra And Jamie Redknapp Visit Kerry For 'League Of Their Own'