"Oh, Trapattoni! Used to be Italian but he's Irish now!" Imagine walking into a patent office looking to trademark that chant. You'd want some neck. Well apparently trademarking chants is more commonplace in Iceland, as one Icelandic cartoonist found out.

One of the most enduring images of Euro 2016 in France were the Icelandic fans and their thunderous, primal chant of "HÚH".

Hugleikur Dagsson had been selling t-shirts with the popular chant on them only to find out that another party had apparently trademarked the word 'HÚH'. 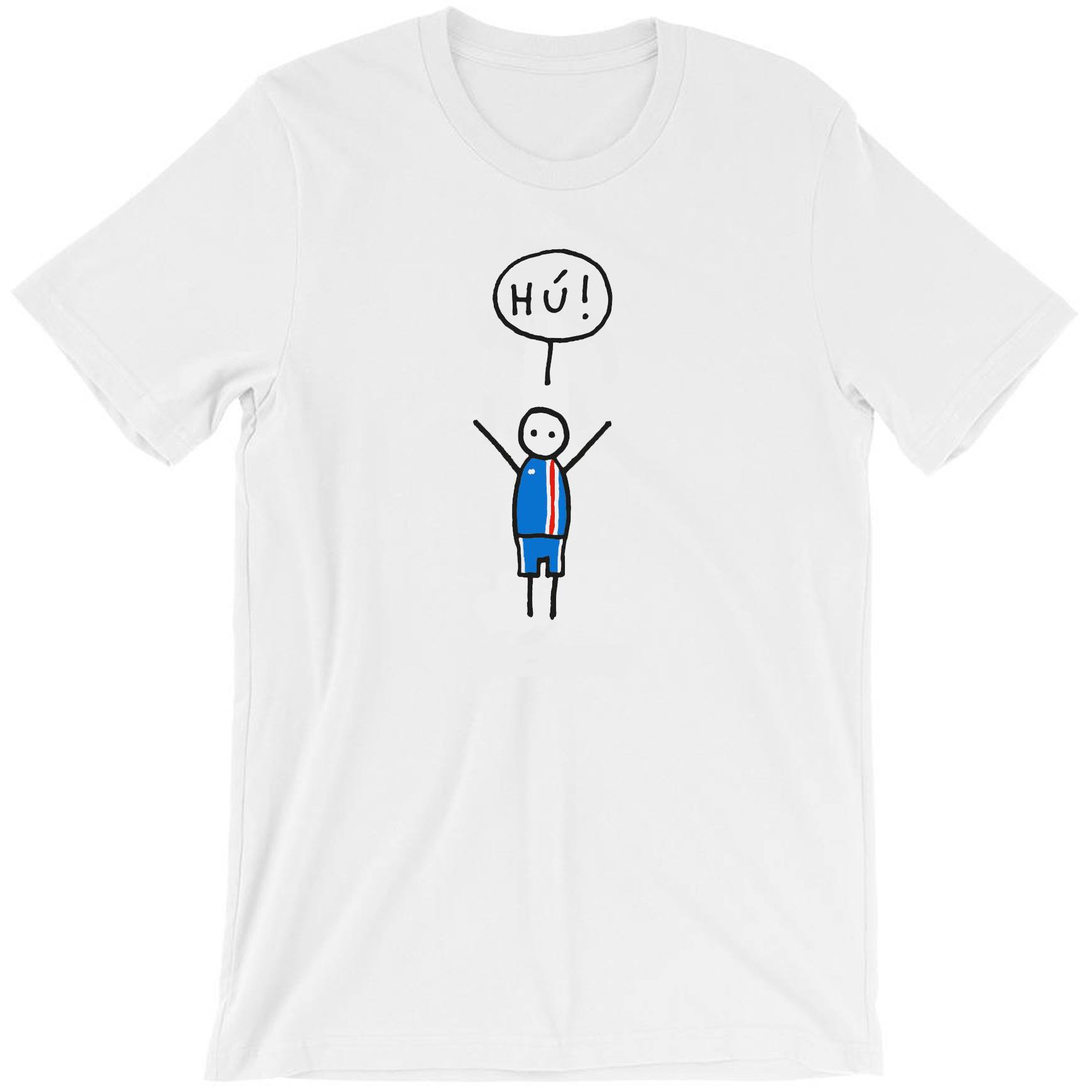 First of all, we didn’t know that it was possible to own this sound effect. “Second, I thought we had stolen the Viking clap from Scotland, just like a regular Viking. Third, the T-shirt doesn’t say HÚH! but actually HÚ! Which to my mind is more of an Icelandic spelling than HÚH!”

I don’t understand the problem. My HÚ! doesn’t need to bother his HÚH! We can all HÚ! together. Isn’t that what HÚ(H) is all about?”

Dagsson said that he will continue to sell the t-shirt despite pressure from the trademark holder, and told the Reykjavik Grapevine that he will give half of the profits from sales of the t-shirt to the Icelandic Cancer Society.

Well, the ball is his court. He told us that we would either have to stop printing these shirts or pay him a part of the profit. So we decided to tell Facebook about this and see what happens.

If you want to stand with Dagsson against this frankly depressing state of affairs, you can buy his t-shirt here.

Football
2 weeks ago
By Emmet Bradshaw
8 Times When Football Commentators Got Lost In The Moment
Football
2 years ago
By Ste McGovern
The Tastiest World Cup Fixtures You Need To Arrange Your Life Around In The Group Stage
Football
3 years ago
By Daniel Kelly
Iceland Become The Smallest-Ever Country To Qualify For The World Cup
Popular on Balls
Football
21 hours ago
By Balls Team
The Irish Unfulfilled Potential XI
Rugby
22 hours ago
By Gary Connaughton
Watch: Craig Casey's Debut Initiation Song Choice Was Sensational
Football
23 hours ago
By Gary Connaughton
Watch: Roy Keane & Jamie Redknapp Get Into Heated Argument Over Spurs Squad