In Pictures: The Joyous And Surreal Scenes When Ireland Qualified For The 2002 World Cup

On November 15th 2001 in Tehran, Ireland faced off against Iran for the chance to qualify for their third World Cup finals.

The week previously Ireland had won the home leg 2-0 with goals from Ian Harte and Robbie Keane. They had also lost the services of their inspirational captain Roy Keane, who injured his knee in the Dublin game.

Before the game in Tehran, manager Mick McCarthy was in a bullish mood as the Iranian press questioned whether Ireland would take a defensive approach to the game.

"Listen, we take care of the team on a collective basis, we're not man marking anybody. Ali Karemi had a couple of chances on Saturday, but we will make them defend by attacking them. No way are we sitting back and defending. Everywhere we've been we've gone to score. We attempt to score in every game."

They continued to throw bait at McCarthy when they implied that without captain Roy Keane available they had the "heart" of the team.

McCarthy responded by saying, "The heart of my team is my whole team, every single one of them. Roy Keane is not important today, he's thousands of miles away. What's important today is who is here. Mark Kinsella and Mattie Holland are two fantastic, driven players."

Despite going into the game as heavy favourites to qualify, it proved trickier than perhaps was first expected, with a plucky Iranian side forcing Shay Given into some wonderful saves, in front of a hostile crowd of 100,000.

Thankfully a late Iranian consolation goal from Yahya Golmohammadi was not enough for the hosts to force extra-time, and what followed were jubilant celebrations from the Irish players and staff.

Here are some pictures to commemorate one of the longest journeys the Irish football team has ever taken, and the last time we qualified for a World Cup.

They're all taken by David Maher of Sportsfile.

Arriving at the Airport 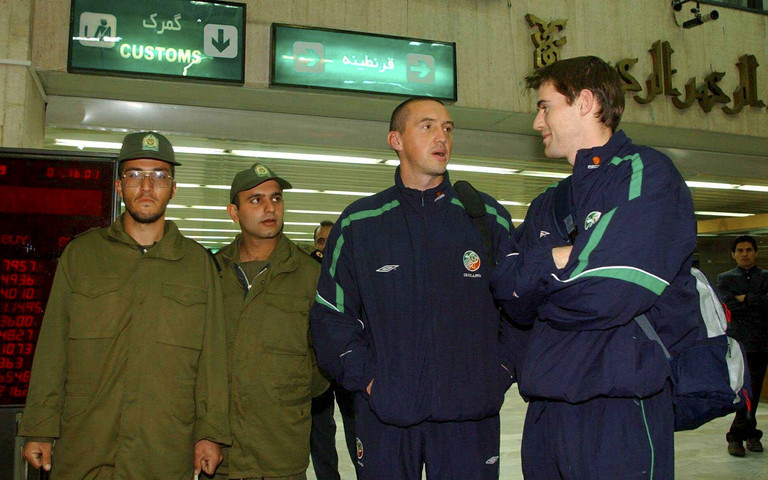 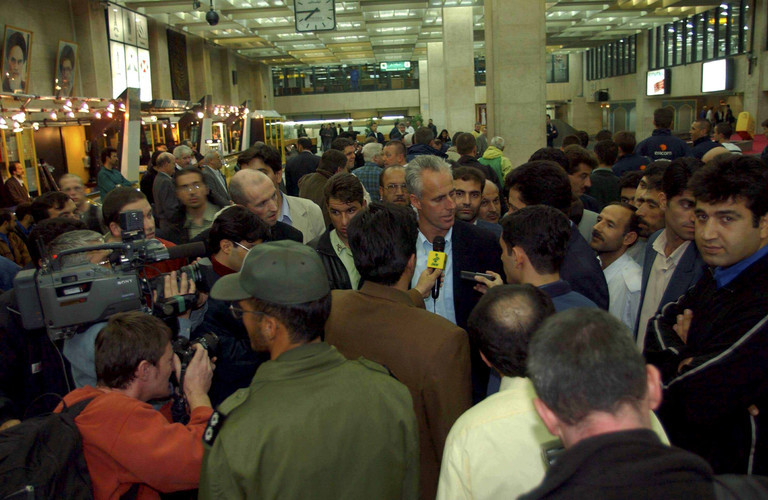 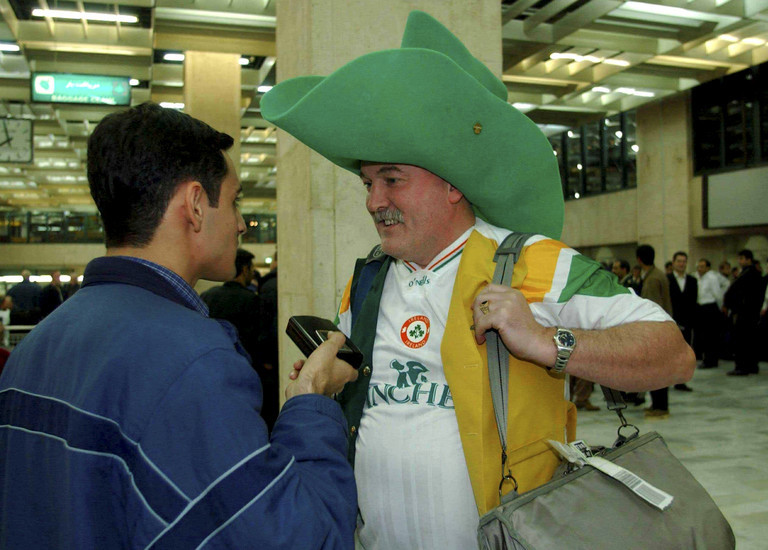 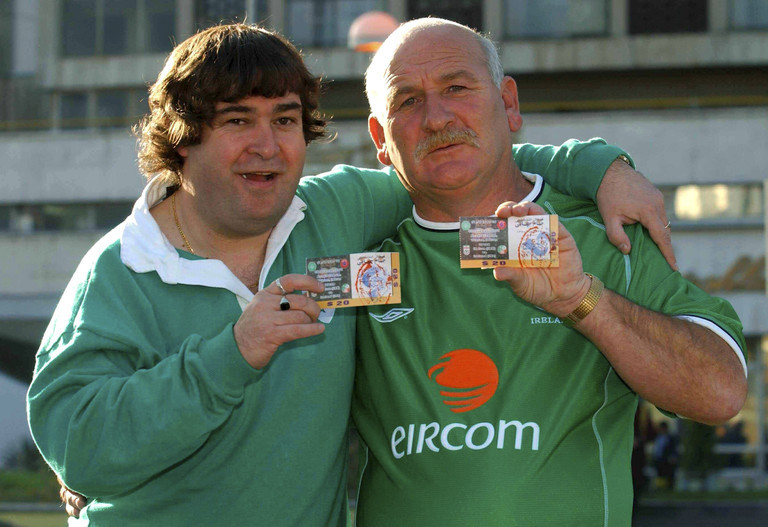 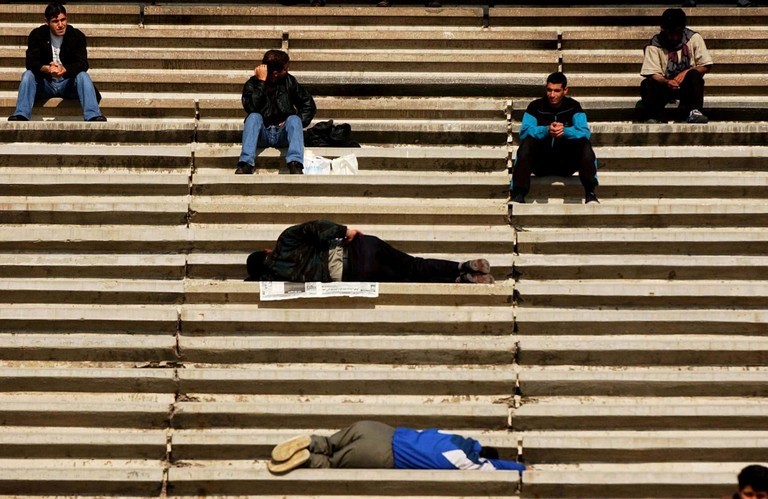 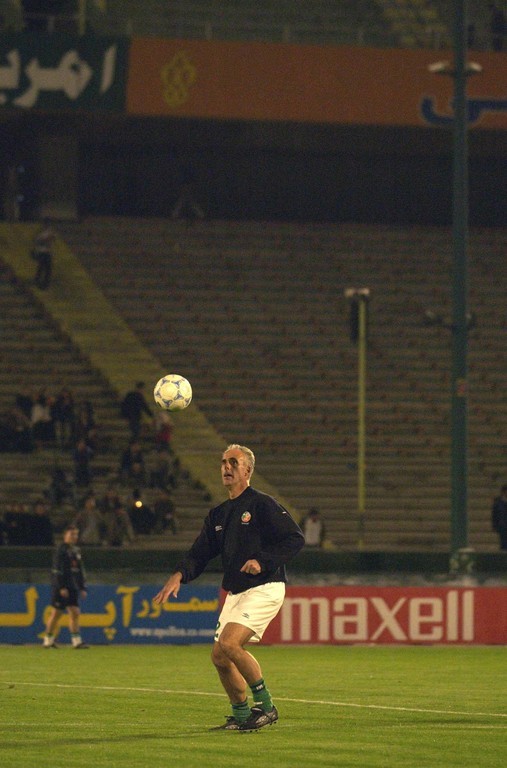 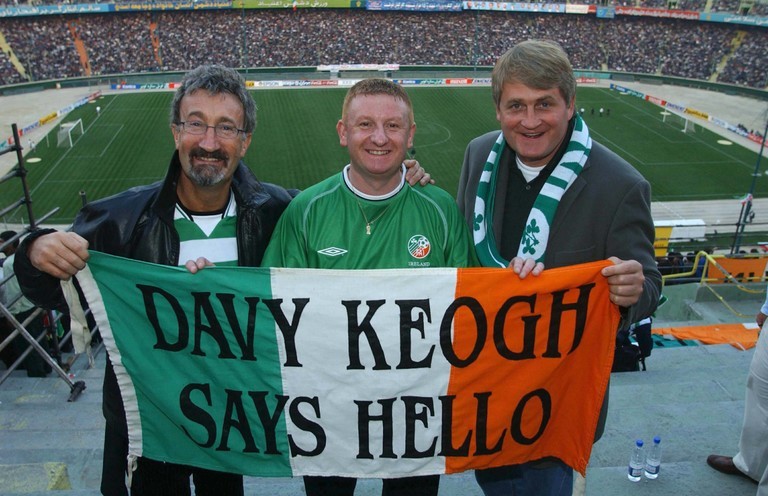 Davy Keogh himself, with Eddie Jordan and Denis O'Brien on either side of him. 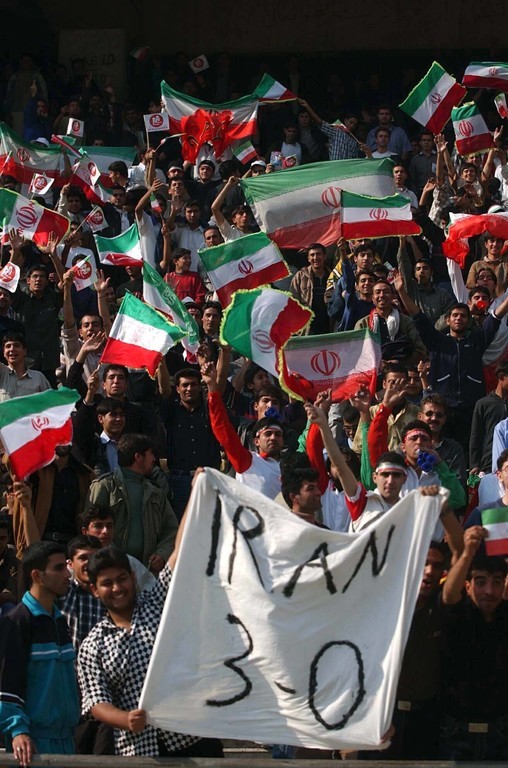 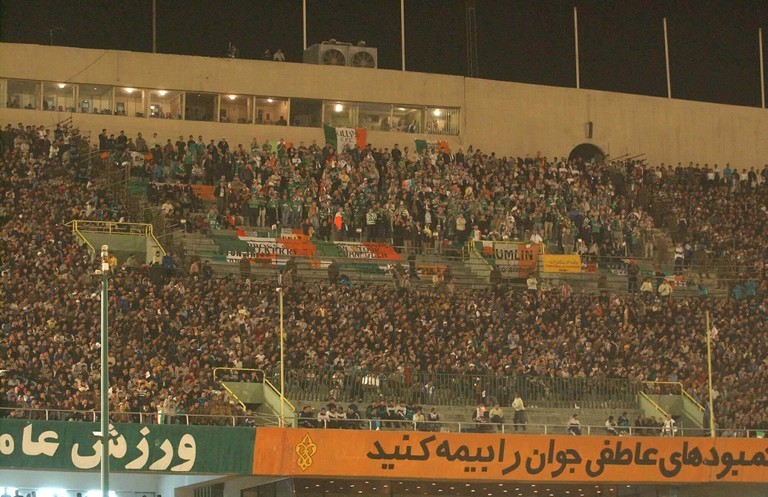 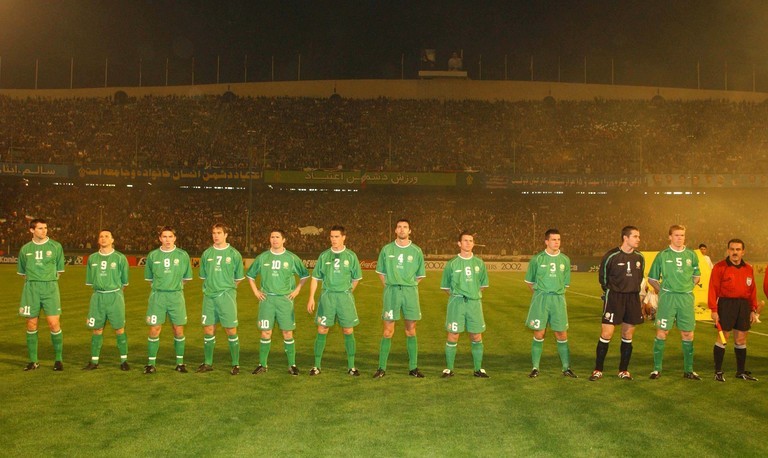 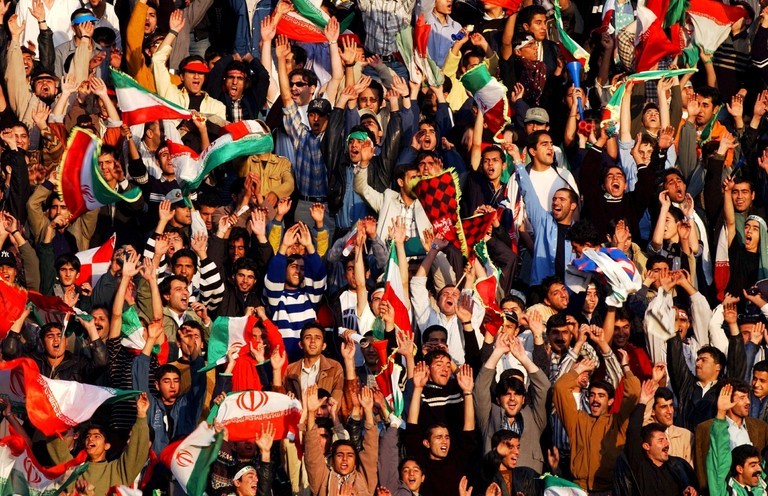 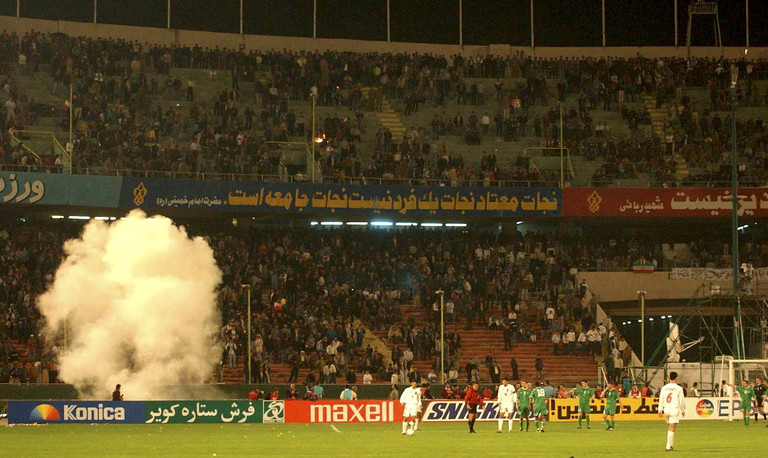 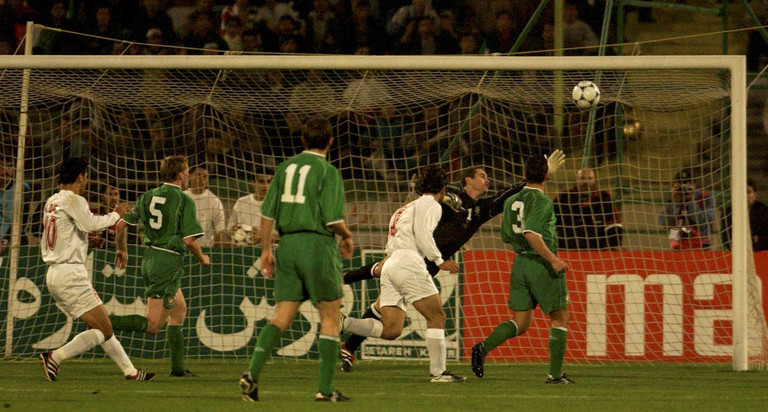 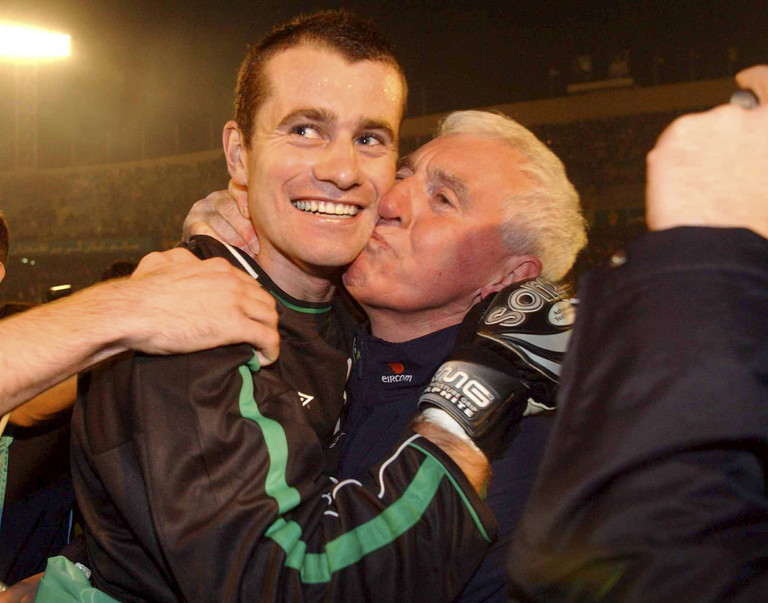 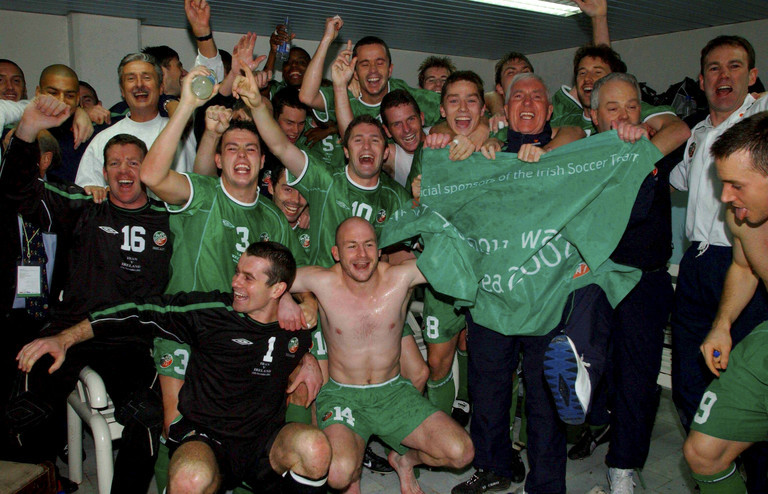 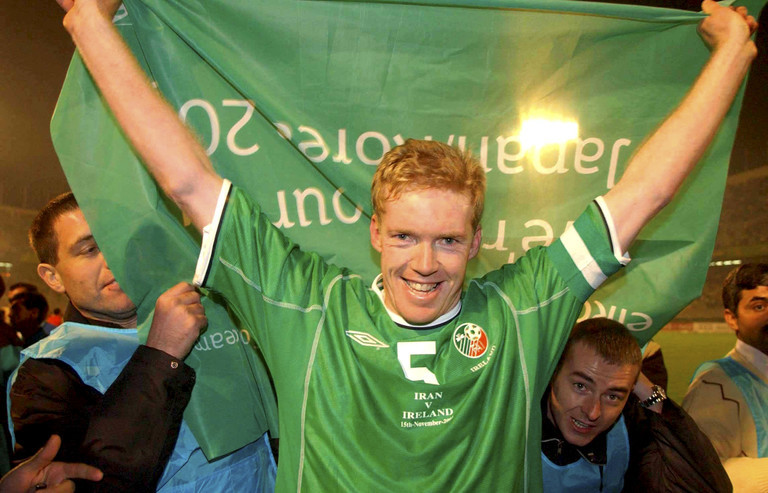 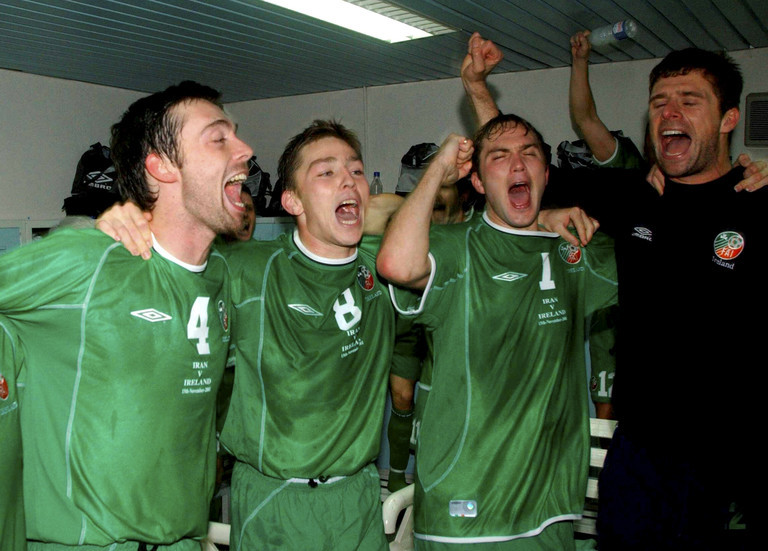 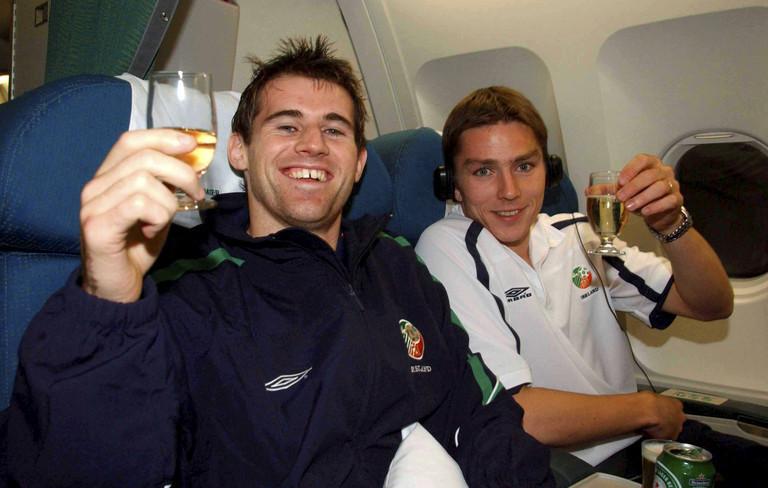 See Also: Balls Remembers: Ireland's Journey To Tehran In 2002, An Away Trip Unlike Any Other

Football
2 weeks ago
By Colman Stanley
Balls Remembers: Ireland's Journey To Tehran In 2002, An Away Trip Unlike Any Other
Football
3 months ago
By Michael McCarthy
Quiz: Name The Ireland And Netherlands Teams From A Glorious Day 20 Years Ago
74

Football
4 months ago
By Gary Connaughton
Balls Remembers: The Greatest Football Advert Ever Made
Previous Next

Football
2 weeks ago
By Colman Stanley
Balls Remembers: Ireland's Journey To Tehran In 2002, An Away Trip Unlike Any Other
Football
3 months ago
By Michael McCarthy
Quiz: Name The Ireland And Netherlands Teams From A Glorious Day 20 Years Ago
Football
4 months ago
By Gary Connaughton
Balls Remembers: The Greatest Football Advert Ever Made
Popular on Balls
Rugby
2 days ago
By PJ Browne
Jackman Explains How Barman Helped Connacht Recruit Mack Hansen
The Rewind
23 hours ago
By Colman Stanley
New On Netflix Ireland: Your Guide To December's New Additions
Football
1 day ago
By PJ Browne
MK Dons Boss Criticises Troy Parrott After Red Card Against Leyton Orient
Football
1 day ago
By Jonathan Browne
Ralf Rangnick's Manchester United Transfer Wishlist Contains Some Massive Talent