It took a while, but the Africa Cup of Nations finally burst into life on Tuesday with an extraordinary game between the Comoros and Ghana.

Minnows Comoros, appearing in AFCON for the first time ever, sensationally triumphed over Ghana after a five-goal thriller in the Cameroonian city of Garoua.

The Comoros, ranked 132nd in the world, were the second lowest ranked team in this year's edition of AFCON at the tournament's outset. They were making their tournament bow and, before Tuesday night's game, had never scored a single goal in an international tournament.

Ghana, by comparison, are four times continental champions, and were infamously a penalty miss away from the 2010 World Cup semi-finals.

This was truly a case of David v Goliath but, just after the hour mark, it appeared the impossible dream was on for Comoros, as they charged into a 2-0 lead.

Ghana had been weakened in the first-half as star man and captain André Ayew was controversially sent off for a lunge at the ball in the Comoros penalty area.

Comoros' two openers were both excellent strikes, but they were wiped out within just 15 minutes, as two corners led to two scrappy goals for Ghana.

Comoros were not to be deterred, however, and sensationally fought back with a tidy finish from Ahmed Mogni sealing the win for the island nation.

The result saw both sides knocked out of the tournament at the group stage but, for Comoros, their first ever major tournament win will be seen as a success. It also saw them finish ahead of Ghana, who ended the campaign bottom of the group.

It has been a tournament where the biggest sides have faltered, with Algeria failing to break down minnows Sierra Leone, and Ivory Coast also struggling to see out their clash with the Leone Stars on Sunday.

That being said, we don't see any results topping Comoros' triumph over Ghana for shock of the tournament.

It will likely go down as one of the great shocks in international tournament history.

SEE ALSO: Who Ireland's Captains And Coaches Voted For In FIFA Best Awards 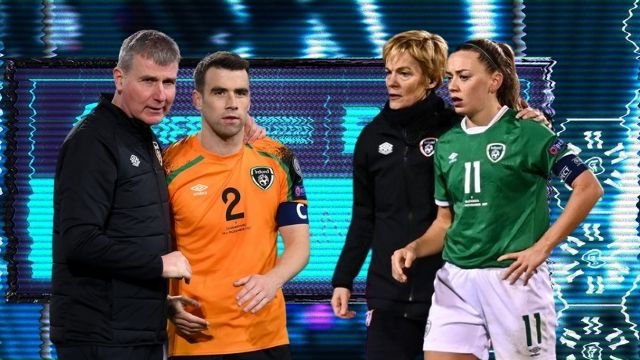