One of French football's greatest tales reached a typically bonkers 2017 conclusion as Amiens earned promotion to Ligue 1 with the very last kick of their season.

In the 95th minute, Amiens were level with Stade de Reims at the Auguste Delaune - a 1-1 scoreline seconds from leaving them in sixth position in Ligue 2.

In the 96th minute, they scored a winner which heralded utterly mental scenes of celebration, and a final whistle from the referee before the game even had a chance to restart. It was their second consecutive promotion having finished third in France's Championnat National last season.

Heading into the final day of the season, three points separated the top six clubs, with Strasbourg, Amiens, Troyes, Lens, Brest, Nimes all facing the possibility of the Ligue 1 title or even a second-placed finish which would propel them to the top flight next season.

Amiens' last-second goal leapfrogged them ahead of all but Strasbourg, who topped the pile, and into Ligue 1 for the first time in the club's history. 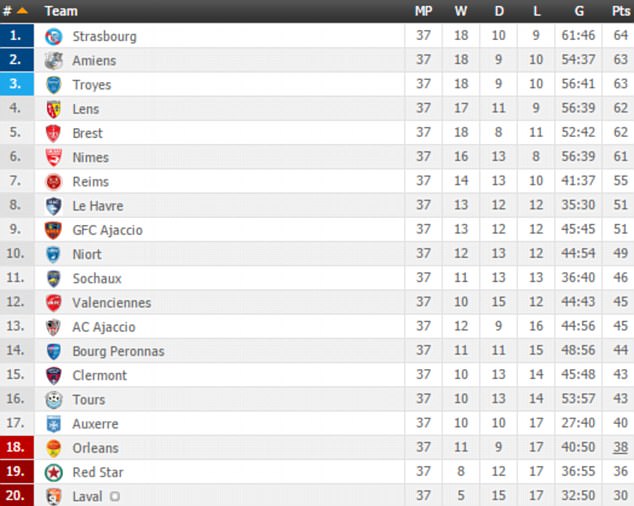 Troyes had almost done enough to secure an immediate return to Ligue 1 but, despite recovering from 2-0 down to win 3-2 at Sochaux, they were made to settle for a play-off with the 18th-placed side in the top flight later this month when Amiens' 29-year-old midfielder Emmanuel Bourgaud sent his side into the stratosphere with a low drive as the referee prepared to blow for full-time.

Football
6 months ago
By Sean Meehan
Transfer Rumours: Umtiti Linked With Man Utd, Serbian Youngster To Celtic
Football
2 years ago
By James Carroll
Ligue 1 Match Abandoned After Part Of The Stadium Collapses
Popular on Balls
Football
13 hours ago
By Mark Farrelly
Beat The 5:15 - Get At Least 4/7 In Our Irish Sports Trivia Quiz
2