Infographic: Comparing Hype Levels Between The Irish Rugby And Irish Football Teams Since 1990

There is a great back-and-forth philosophical struggle in the heart of the Irish sport fan: which national team - football or rugby - speaks for the country? Over the last 25 years, both teams have experienced wild swings in hype and we seem destined for a few more ups-and-downs heading into 2016.

Neil Francis predicted yesterday that the rugby team will fade into the background for the next seven or eight months while the football team hog all the attention. That's incredible when you compare the relative hype around both teams on October 11, when Ireland beat France in rugby and lost to Poland in football hours after. One might point out that there is still the Six Nations next spring but Francis does not hold out much hope for the rugby team.

Rugby and football have been jostling for attention in the hype stakes since the turn of the century. With that in mind, we have created the 'Irish Sports Hype-O-Meter', measuring the levels of hype surrounding the Irish football and rugby teams going back to the glorious summer of 1990. Here's how they compare. 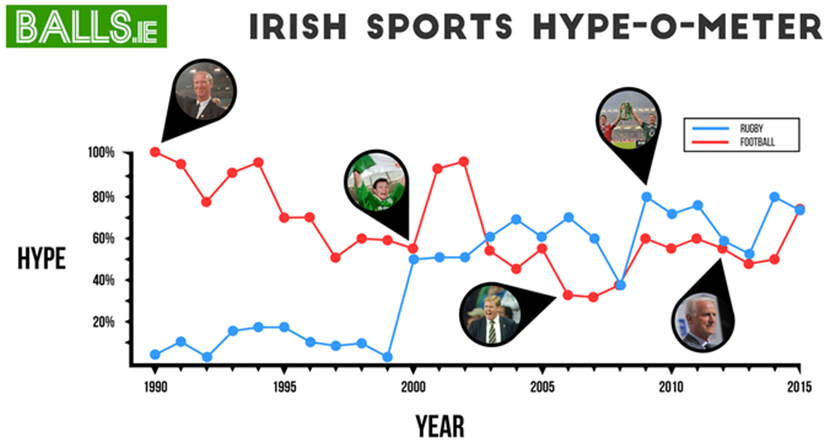 1990: During that famous summer, football sat at 99% in the hype-o-meter. It would be difficult to go any higher. Rugby barely registers, sitting at a miserable 3%

1992: Rugby plumbs new depths, dropping down to 1% hype-o-meter as the national team lose every test match they played that year.

1993: The Irish football team reach their highest ever world ranking during the nerve-wrecking but ultimately successful 1994 World Cup qualification campaign. The Irish rugby team rally with a victory over England in the Five Nations. 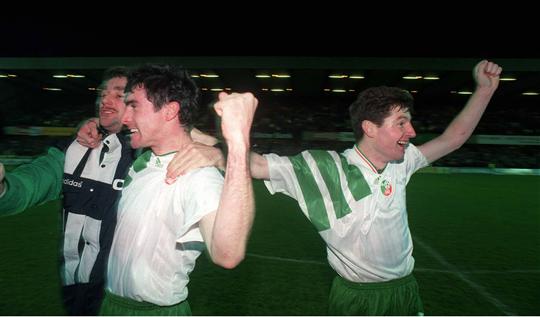 1995: The Irish football team plummet following a harrowing Euro '96 qualification campaign which involved a 0-0 draw with Liechtenstein and failure in the playoff against Holland in Anfield. The Charlton era comes to an end.

1999: The Irish rugby team hit their nadir with defeat to Argentina in Lens. For the first time, Ireland fail to reach the Rugby World Cup quarterfinal. 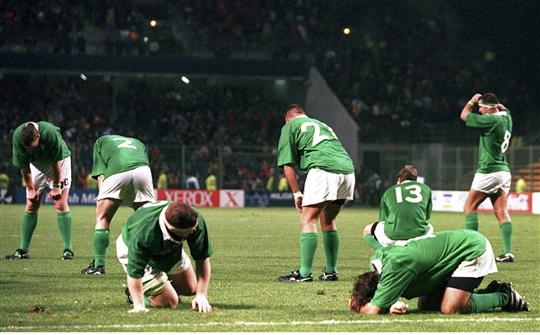 2003: For the first time, the rugby team pass out the football team thanks to four wins out of five in the Six Nations and a good effort in the World Cup. The football team drift into post-Saipan decline and fail to reach Euro 2004.

2006: The Irish rugby team scale new heights after a dramatic Triple Crown win while the football team hit rock bottom with a 5-2 loss in Nicosia. 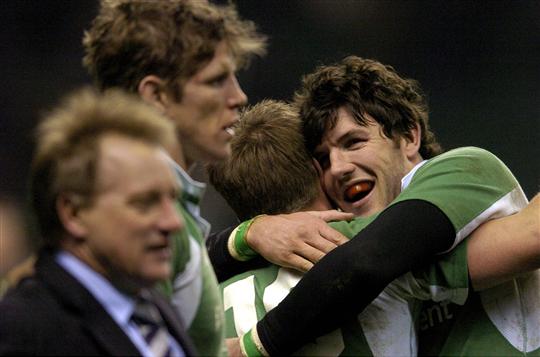 2009: New high for the rugby team as they win the 2009 Grand Slam. Meanwhile, the football team rise in the hype-o-meter after a respectable World Cup campaign which ends in cruel disappointment.

2012: After the nice bump afforded by qualification, the Irish football team end 2012 on a downer after an exceptionally poor showing in the Euros and a 6-1 loss at home to Germany.

2014: After two bleak years, the Irish rugby team shoot up the hype-o-meter once more thanks to another Six Nations title. Brian O'Driscoll says goodbye in Paris.

2015: We arrive at today. The rugby team experience a slight dip after World Cup disappointment. The football team rise dramatically following qualification for Euro 2016. Fascinatingly, we have achieved something like parity. We'll see how that stands 7 months from now.

Read more: The Story Of How A Bunch Of Randomers Ended Up In The Official Ireland USA '94 Team Photo