Look, we all agree that the start to the Stephen Kenny era hasn't been great. While there have been some positives to take away, it's fair to say that an eight game winless run is hardly the ideal start for any manager.

We have every confidence that Kenny will be able to turn things around. He is undertaking a mammoth task, one that will attempt to change the perception of Irish football.

He needs to be given time, but as well know, there are no guarantees in football. It is impossible to know how things will go over the coming years, especially in the upcoming World Cup qualifiers.

Luckily for us, we have the medium of Football Manager to give us a clue.

We have simulated the 2022 World Cup campaign on Football Manager 2021, and it is certainly a lot more entertaining than the last few months have been. Here's how it went.

After that disastrous UEFA Nations League campaign, Kenny clearly felt he needed some immediate reinforcements in the squad. To find some fresh blood, he convinced a number of Irish-eligible players to come into the fold.

The biggest name is Patrick Bamford, with the Leeds United striker finally committing his future to Ireland after a long saga.

Considering the outcomes that were possible, Ireland actually received a favourable draw for the 2022 World Cup qualifiers. As third seeds, they looked to have an excellent chance of finishing in the top two.

Italy were the top seeds, while Romania were a relatively kind inclusion out of pot two. Despite poor form, you would still expect Ireland to do well in fixtures against Belarus and Lithuania.

Overall, Stephen Kenny was no doubt thrilled with the draw.

Ireland's first two fixtures in the group went as you would expect. A goal from Andrea Belotti was the difference as they lost 1-0 at home to Italy in their opener.

However, a brace from new talisman Patrick Bamford gave them a 2-1 win in Lithuania. Here's the team that started that game. 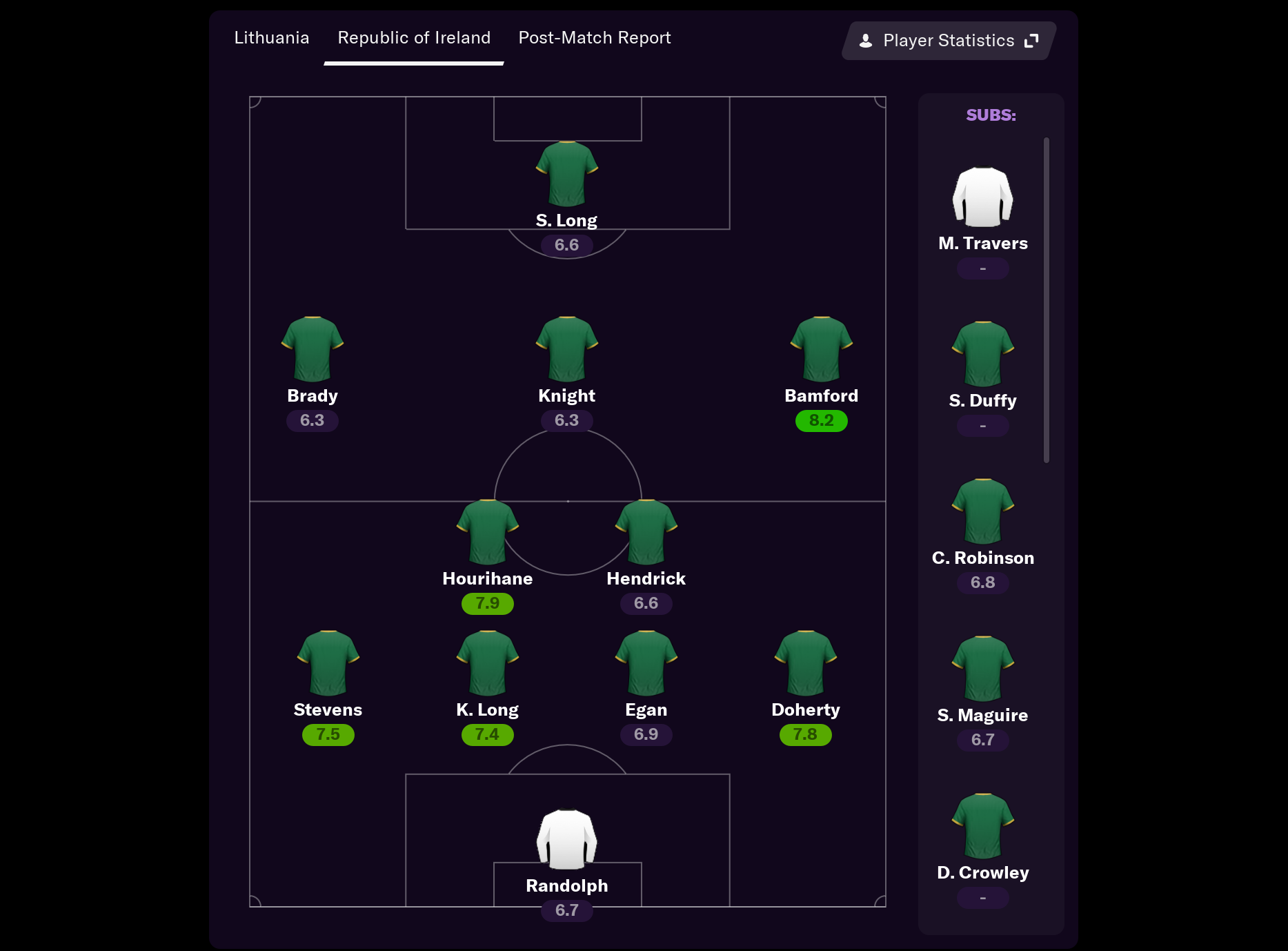 The September international window was the next opportunity to get points on the board with trips to Belarus and Italy scheduled.

Kenny's side got the business done in Minsk, with goals from Callum Robinson and Jason Knight securing a 2-0 victory.

They also got a potentially massive result in Italy. Ireland went two goals up in the opening 20 minutes via Brady and Robinson, and while they would be pegged back in the second half, a draw against the top seeds could be huge in securing second spot.

Here's how the group was shaping up after four games.

Having already played Italy twice, and with two meetings against Romania to come, they were in excellent shape.

October would prove to be a dream month for the Irish. A 3-0 victory over Romania at home left them in a commanding position, following up that result with another 3-0 win over Lithuania.

They headed into the final two games knowing that a draw in Romania would likely be enough to seal second place.

However, a place in the play-offs was plunged into doubt after a 2-0 defeat in Romania in the next game. Ireland would now need to beat Belarus in their final game and hope the Italians could get something in Bucharest.

Ultimately, that would be the case. Goals from Jack Byrne and Jeff Hendrick, coupled with Romania's draw against Italy, secured second spot for Stephen Kenny's side via goal difference.

With a spot in the play-offs secured, it was now down to the draw.

Ireland would enter a four-team mini tournament, needing to win a semi-final and final to reach the tournament in Qatar.

In a typical stroke of luck, they were given the longest possible journey for the semi-final.

Ireland would need to win in Ukraine, followed by victory over Austria or Norway, to qualify for the 2022 World Cup.

Kiev is a notoriously tough place to travel to,  meaning Ireland would have a major challenge ahead.

Stephen Kenny would make some big calls in his starting XI. Troy Parrott would start up front, while Daniel Crowley would play in the attacking midfield role and Gavin Bazunu was in goals.

A debut would also be handed to Spurs defender Dennis Cirkin, who had also been eligible for England and Latvia. 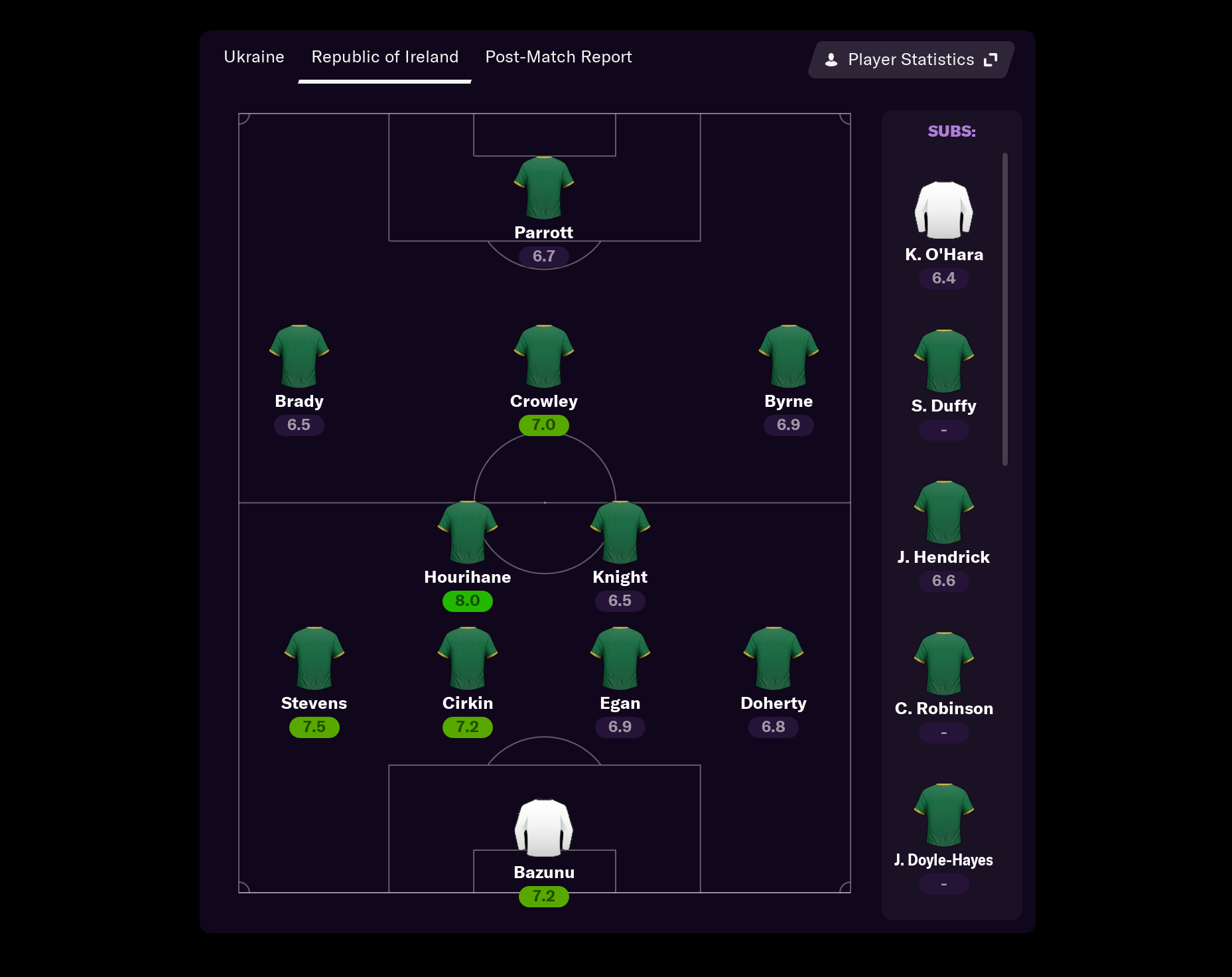 As we have become accustomed to over the years, Ireland would experience play-off heartbreak.

The game would finish 1-1, with Crowley scoring the goal. With the game eventually going to penalties, Sean Maguire and Conor Hourihane would miss as Ireland lost 4-2 in the shoot-out.

And so, the World Cup dream was over.

Despite this, it was an encouraging campaign for Ireland. A number of young players were blooded, with some showing massive promise.

Ireland would score 14 goals in their nine qualifying games. While that is by no means a massive number, it is a step in the right direction. Callum Robinson was the top scorer with four goals, while Bamford, Hendrick, and Brady also netted multiple times.

Robbie Brady and Enda Stevens were the only players to start every game, although the likes of Robinson, Knight, and Hendrick also played a major part.

If this is anything to go by, we should be in for a bit more excitement over the next 18 months or so. Onwards and upwards for the Euro 2024 qualifiers... 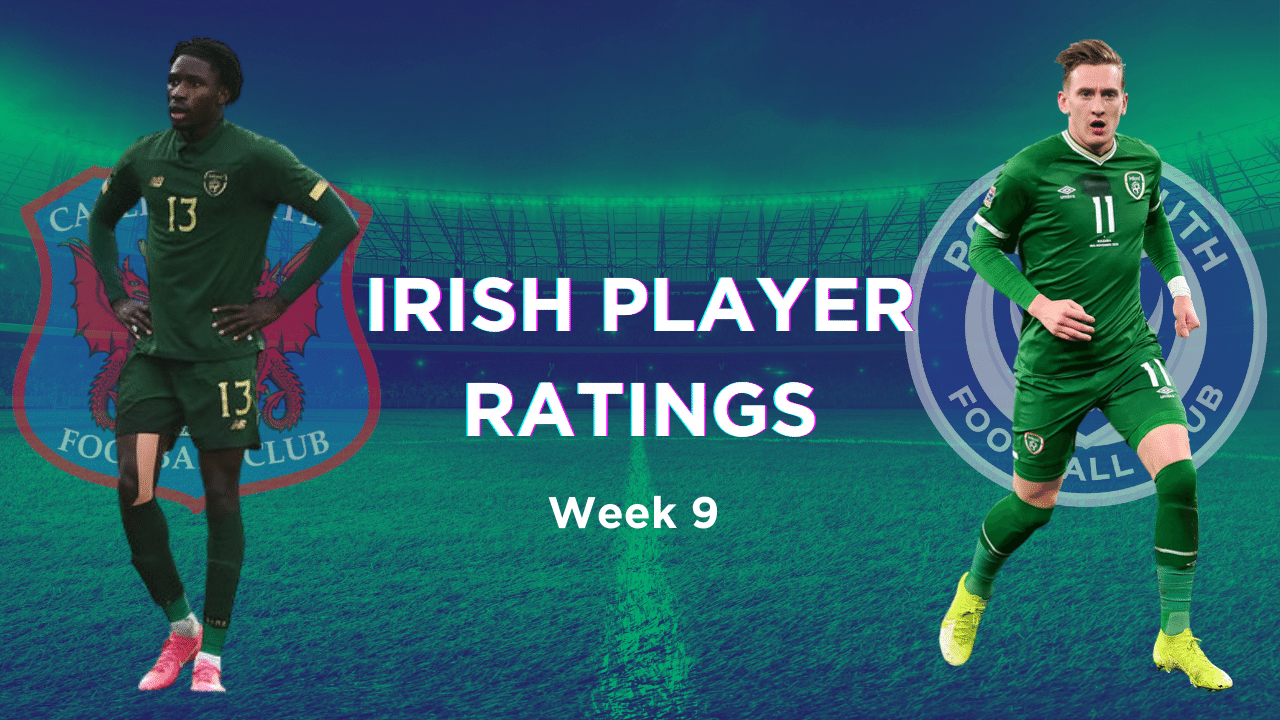