For a tournament that nobody really cares about, it's amazing what the UEFA Nations League can do to damage morale in this country.

It cost Martin O'Neill his job back in 2018, while Stephen Kenny is now coming under pressure from some quarters after Ireland have failed to win any of their opening five games in this year's group. Between that and a Euro 2020 play-off loss to Slovakia, it's been a fairly miserable few months.

Of course, there are bigger prizes ahead. Qualification for the 2022 World Cup in Qatar will get underway in March of next year, with the draw for the qualification groups taking place next month.

The unfortunate thing for Ireland is that our recent poor form could actually have a big impact on our ability to qualify for that tournament.

The seedings for the qualifying draw will be based on the FIFA rankings at the end of this month. The top ten UEFA nations will go into pot one, the next ten into pot two, and so on. In theory, being in the first couple of pots should give you a more favourable draw.

Ireland were in the top 20 European teams for most of this year, but it will not surprise you to learn that this is no longer the case. As things stand, we will be in pot three.

However, we can still nab that final place in pot two.

Here's what needs to happen. Firstly, Ireland have to beat Bulgaria on Wednesday night. That much is a given, and is actually important for more reasons than just potential seedings.

Secondly, we need Russia to lose in Serbia on the same day. That one is something of a six-pointer, with the home side hoping to avoid relegation while the Russians aim for promotion.

Finally, we need a favour from our friends up north. We need Northern Ireland to beat Romania, a team they drew with away from home earlier in the group despite being down to ten men for most of the game.

If all three of those results go our way, Ireland will be in pot two for the World Cup qualifying draw. It is certainly not beyond the realms of possibility, with three home wins hardly unlikely.

It is worth nothing that none of Ireland, Serbia, or Northern Ireland are in the best of form at the minute. Still, we live in hope.

For Ireland to get into pot two, all of this needs to happen:

SEE ALSO: Ireland Now On The Longest Goalscoring Drought In Their History 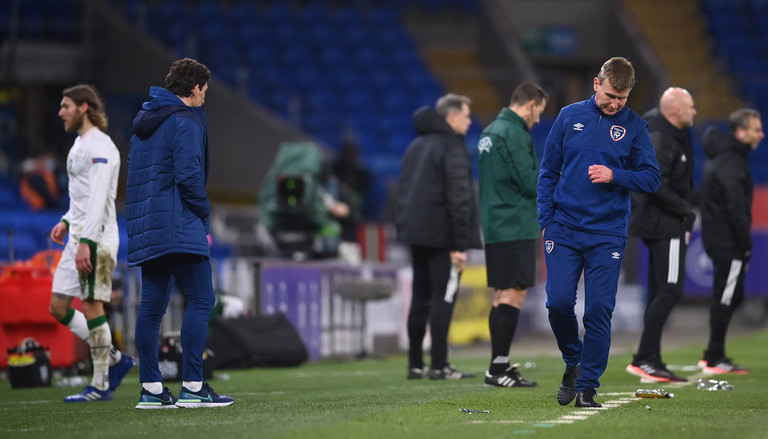