Emotions were high after last night's penalty shootout to Slovakia. While the result was obviously disappointing for Ireland, the performance offers plenty of encouragement moving forward.

Despite this, some used it as an opportunity to have a pop at both playing and coaching staff. This is perhaps unsurprising, with some sections of the Ireland support often too happy to pile on the criticism after a negative result.

Manager Stephen Kenny was the target for much of this undeserved criticism, while midfielder Alan Browne also received quite a bit.

The Cork native played very well after coming on as a substitute last night, injecting plenty of urgency and penetration up front into Ireland's performance. He would have a couple of golden opportunities to score the game's opening goal, with the Slovakian goalkeeper doing well to save one while the other rebounded off the post.

Unfortunately for Browne, he would also have his penalty saved in the shootout. This made him an easy target online, but one Ireland coach has come out to condemn any criticism.

The abuse directed at @Alan__Browne after @FAIreland lost on penalties last night is shocking & disgusting. He is a proud Irishman, who accepted the responsibility of taking a penalty under the most intense pressure, that takes guts, that shows character.

Appreciate it Kells 👊🏼 Have to take the bad with the good

Browne had a big influence on last night's game and on another night could have been the hero. He certainly didn't deserve some of the abuse that had been sent his way.

Hopefully he can put this behind him and be an important player for Ireland moving forward.

SEE ALSO: Jonathan Wilson On Slovakia v Ireland: 'Judge A Revolution Not At Its Beginning But At Its End' 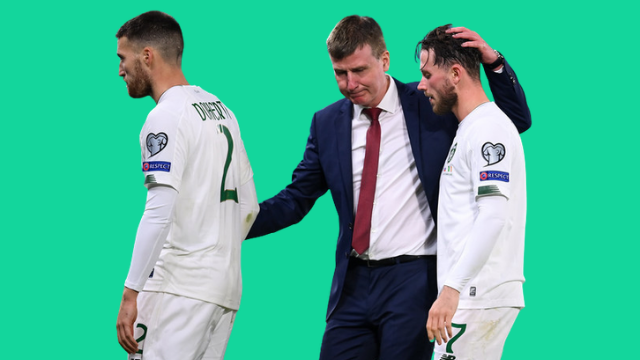