The Ireland FIFA World Rankings Hall Of Fame: When We Were Kings

Ireland leapt a grand total two spots in today's updated World rankings.We are now in 31st place, officially deserving of a place in the World Cup in Russia, we hasten to add.

Ireland have scaled remarkable highs in the World rankings in the past. Here are our glory days. 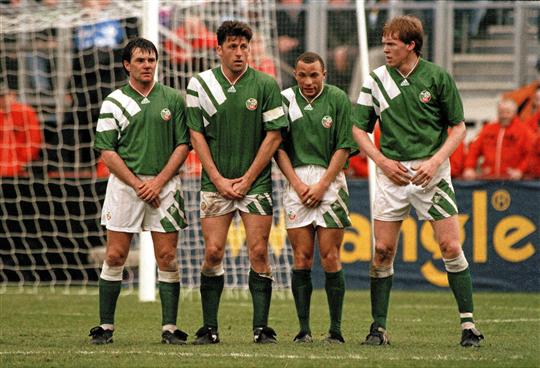 The inaugural FIFA world rankings were put out in August 1993 and Ireland shot straight in at no. 6. They have never been as high since.

Jackie Charlton's Ireland had been a model of consistency for six straight years at that point and the 1994 World Cup qualifying campaign was going swimmingly (it would later get bogged down in difficulties following a 3-1 loss at home to Spain that autumn).

Ireland began positively by drawing in Seville and Copenhagen in the autumn of '92. They spanked Northern Ireland 3-0 in Dublin in early '93, a match which was deemed 'a real statement'. We were polished in away games against Latvia and Lithuania. Our footballing stock had arguably never been higher. The FIFA world rankings that summer reflected this.

Here's the top 10 during that glorious summer. 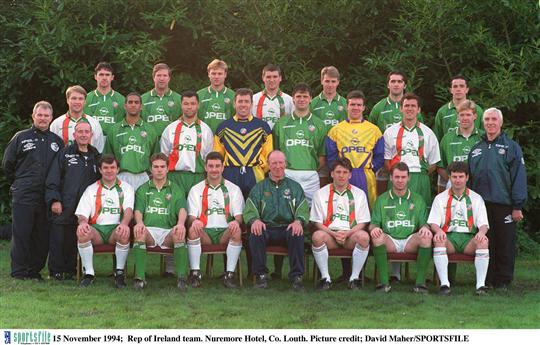 Anyone who began watching Ireland in the first half of 1994 would have struggled to believe their luck growing up in such a powerhouse of a football nation.

In friendlies before USA 94, Ireland beat Holland 1-0 away thanks to a goal from Tommy Coyne and Germany 2-0 in Hanover, thanks to goals from Tony Cascarino and Gary Kelly. And then after a forgettable loss to the Czech Republic, they went and beat Italy in the first game in the World Cup proper.

So, the World Cup went very flat very quickly after that high but still, ninth in the world at the end was not bad. 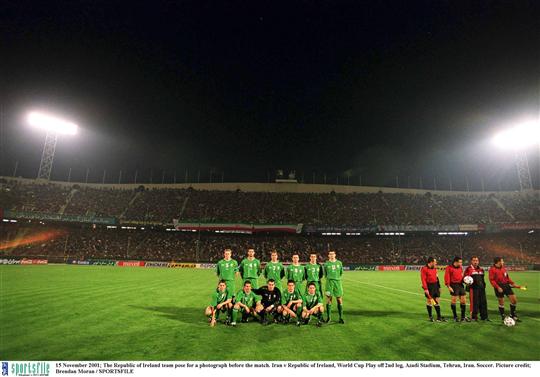 The boys who went to Tehran and defied the bullish predictions of the locals were rewarded with a World Cup place and they lay at no.17 in the world at year's end.

As the game tipped into injury time, the Azadi Stadium resembled Belfast on the 12th as Iran's World Cup hopes went up in flames along with the terracing.

A violent dip in Ireland's world ranking position in the early Mick McCarthy era (principally brought about by an appalling early friendly record) was corrected in the latter half of his reign. 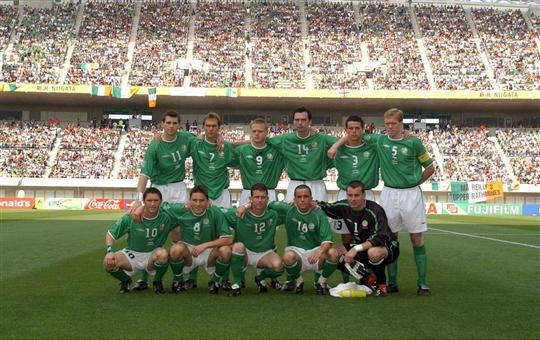 Despite the Saipan shenanigans, Ireland rallied to better their world ranking position by the World Cup's end following the summer of Duffer as it should henceforth be known.

So many other European sides made a hames of the 2002 World Cup, so Ireland, one of the few who did themselves justice, rose to 14th. 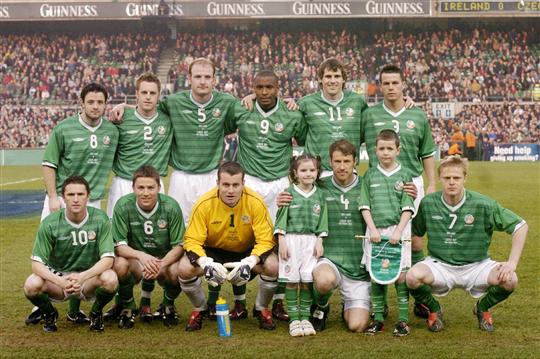 One of the more curious and surprising high points in Irish world ranking history. 2004 was the year we became the unofficial world champions once more after a victory over Czech Republic (see here).

Romania, Portugal, Croatia and Holland (away) were also humbled as Ireland established themselves as kings of the friendly.

Sadly, Brian Kerr's genius for engineering friendly victories didn't quite transfer to competitive fixtures. But even on that front things remained promising during 2004. 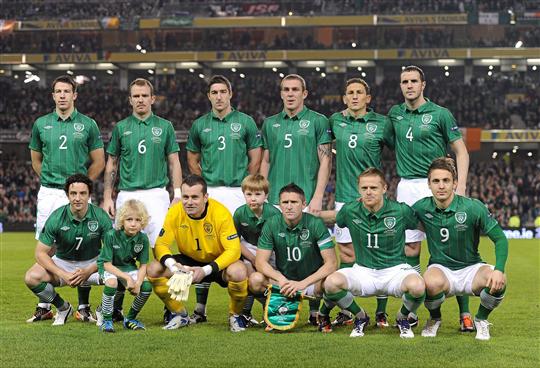 After plumbing the depths in 2006 and 2007, Ireland experienced a renaissance in 2011, aided by the fact that Trap's teams didn't concede goals that year, even when they patently deserved to.

They went eight games without conceding a goal in the middle of 2011 and did enough to ensure qualification for 2012. On the surface all looked well, but it turned out to be a bit of a cod. In retrospective, Ireland benefited from a reasonable qualifying group - in which our main rivals the Slovakians had a shocker - and getting what everyone agreed was 'the jackpot draw' in the playoffs.

The following summer we would drop like a stone.

Following our humiliation in Poland, Ireland effectively wasted two years by leaving Trap in the job for the subsequent qualifying campaign.

Ireland's performances deteriorated, the nadir being a 6-1 loss at home to Germany that autumn. They rallied slightly in the new year with a spirited draw in Sweden but the failure at home to Austria was costly.

Ireland dipped to 59th by the end of the campaign, a fall of over 40 places in two years. The appointment of  Martin O'Neill didn't arrest the slide.

By June of 2014, we were battered 5-1 by Portugal in New York and had dipped to 70th. Irish football had never felt as far away from where it wanted to be. Throughout the next year, we were gazing up at the likes of Equatorial Guinea wondering how could we get up to that level.

Post-Euro 2016, the picture looks rosier. Still, we find ourselves three spots behind our northern neighbours and in 31st place. Underwhelming.

Read more: Great Tales From Ireland Which Could Make Sam Allardyce's England Much Harder To Dislike

Football
1 day ago
By Balls Team
Watch: Padraig Amond Is At It Again With Another Cup Giant-killing
4

Football
2 days ago
By Donny Mahoney
After The Fall Of John Delaney: An Interview With Mark Tighe
Previous Next

Football
13 hours ago
By Mick McCarthy
Mick McCarthy: Big Jack Illuminated Ireland For Almost 10 Years
Football
1 day ago
By Balls Team
Watch: Padraig Amond Is At It Again With Another Cup Giant-killing
Football
2 days ago
By Donny Mahoney
After The Fall Of John Delaney: An Interview With Mark Tighe
Popular on Balls
Football
8 hours ago
By Gary Connaughton
Quiz: Unravel These 20 Anagrams Of Footballers' Names
2