A Tale Of Two Games: How The Aviva Stadium Atmosphere Was Flipped On Its Head

For what first seems like the first time in far too long, there is actually some optimism about the Irish football team today. The 1-0 victory over Georgia last night was hardly the most eye-catching of results, but that was the not the entire story of this game.

In short, this felt like a completely different Ireland team. They played with purpose, displaying the type of intricate passing and attacking intent we have not seen in some time. There were sequences of play in the game which were genuinely a joy to watch, something to get the fans out of their seats.

Even when Georgia started to apply pressure late on, there were no groans or moans of disapproval within the Aviva Stadium, but instead cries of encouragement and genuine excitement at the spectacle that was unfolding.

All of this pales in comparison to Martin O'Neill's final competitive home game in charge. That came in October of last year when Wales rolled into town for a UEFA Nations League clash. It was a campaign that had already been tarnished after the 4-1 hammering in Cardiff, and it felt as though Irish football was at its lowest ebb in quite some time.

On that night, 38,000 disillusioned supporters showed up to watch a fairly strong Ireland team be completely outplayed by a largely second string Welsh side. There was a sense of inevitability in the ground once Harry Wilson's free-kick gave the Welsh the lead in the second period, with very few having any confidence that Ireland would come back into the game. 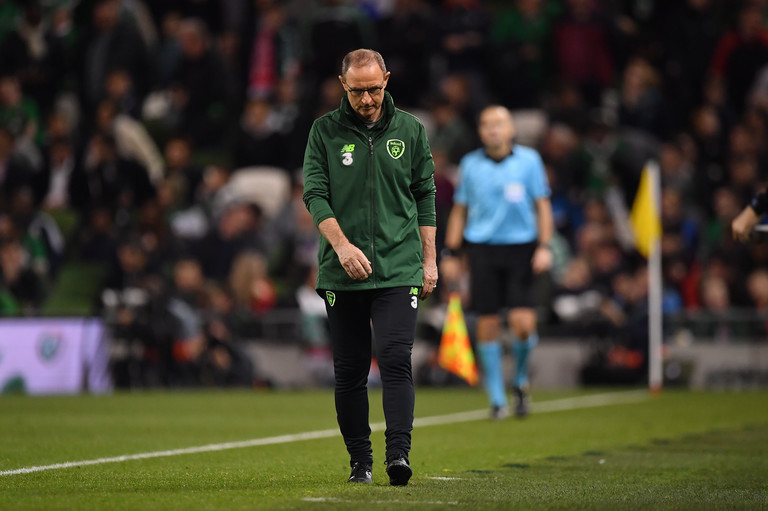 When Callum Robinson (Ireland's brightest spark in a dreadful showing) was substituted as Ireland were chasing the game, a torrent of boos rang throughout the Aviva. That was the loudest contribution from the Irish fans all night, as choruses of 'you're getting sacked in the morning' were directed at Marin O'Neill from the away section.

O'Neill hardly offered any light at the end of tunnel in the aftermath of the result. His side may have been missing a few regulars, but the youngsters who stepped in to fill the void would not have been encouraged by what they heard from their then manager. Here is a selection of his soundbites from after the game:

O'Neill may have been pleased by the effort, but he also essentially said the players just weren't good enough.

Compare all of this to last night. Despite a limp showing in Gibraltar, the atmosphere in the ground was fantastic right from the outset. This was only amplified when it became obvious that Ireland were trying to play attacking football, actually giving their fans something to shout about for a change.

Even when the tennis ball protest brought a halt to the positivity in the stadium for a brief moment, the chants of support had resumed even before the free-kick. Conor Hourihane responded by banging it into the back of the net, and delirium ensued.

Their encouragement lasted for the entire 90 minutes. When the hardworking David McGoldrick was withdrawn late on, he was given the type of standing ovation we have not seen in an Ireland game for some time. The final whistle was met with cheers of joy, an all too rare occurrence in the recent past. 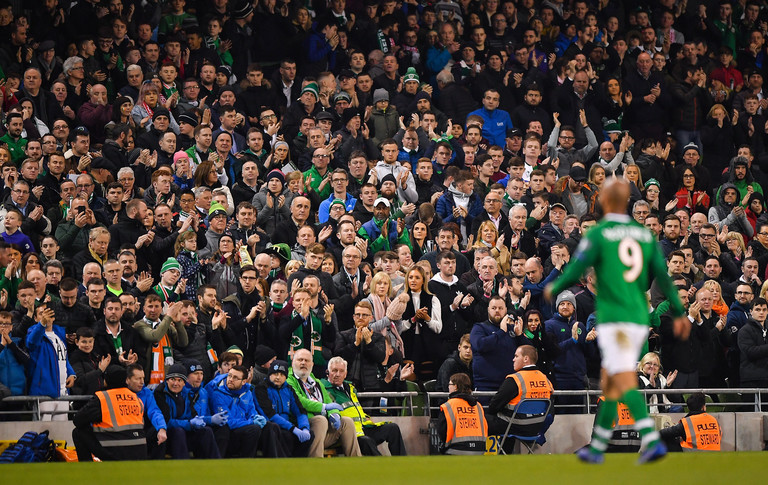 If negativity is infectious, the same can certainly be said about positivity. Mick McCarthy had been nothing but complimentary about his players since he came into the job, a stark contrast to his predecessor. While it is always easier to be positive after a win, his comments after last night's game sum up his attitude in general:

There are some bits that I insist on that we do, starting with positioning and that's from restarts from goal kicks and throw-ins. Their goal kicks, our goal kicks, there's things I insist on and I thought they did that well.

Other than that they have a licence to go and play. The two centre-halves mark the striker and the sitter gets us playing and marks their 10 if he is playing. And the rest can go and play, full-backs high up the pitch and go and attack...

They ran themselves into the ground. At half-time I said to them, whatever we do we don’t back off. We stay as we are. I told them if they give me that for the next 45 minutes, I’ll take it no matter what happens.

Turns out our players can actually play a bit when given the freedom to do so. Who would have thought it? 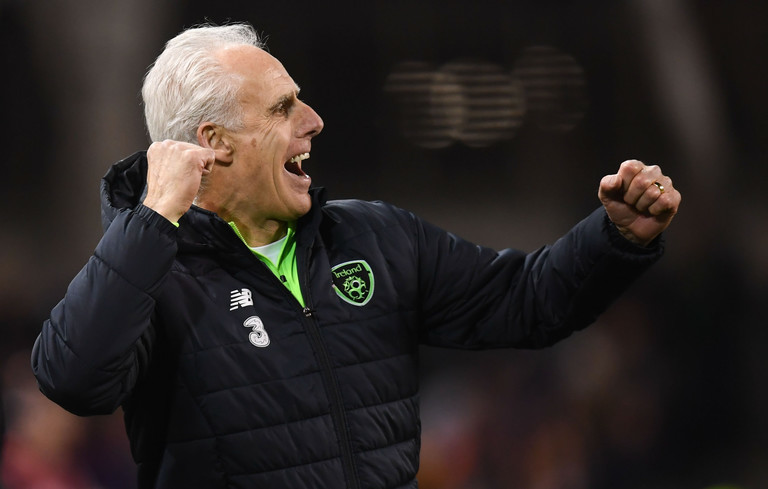 It could be easy to overlook this result, it was only a 1-0 win over Georgia after all. But it was much more than that, the result was secondary to the change in outlook for this Irish team. The players are happy, the manager is positive, and the fans are actually excited again.

We will have a much clearer picture on where we stand when we come up against Switzerland and Denmark, but for now we can look forward to those meetings without the sense of inevitable disappointment hanging over our heads.

Judging by the atmosphere in the Aviva Stadium last night, the hope has most definitely returned amongst Irish football fans. What a difference a few months can make.

SEE ALSO: Glenn Whelan Thought He Was Done But Then Mick McCarthy Pulled Him Back In

Football
2 weeks ago
By Balls Team
What Does The Gear You Wear To 5-A-Side Say About You?
Previous Next

Football
6 days ago
By Michael McCarthy
The Lansdowne Road Riot - Reliving One Of The Most Infamous Nights In Irish Sport
Football
1 week ago
By Maurice Brosnan
Balls Remembers - World Cup Winner Gordon Banks In The League Of Ireland
Football
2 weeks ago
By Balls Team
What Does The Gear You Wear To 5-A-Side Say About You?
Popular on Balls
Football
16 hours ago
By Gary Connaughton
Here's 7 Fantasy Premier League Tips For Gameweek 27
3