Denise O'Sullivan Is Undoubtedly The Brightest Irish Midfielder In The Game

A huge result at Tallaght Stadium. Ireland have given their Euro 2021 qualification hopes a huge boost after a 1-0 win over Greece, putting in a dominant display to secure the three points.

A crowd of 4,511 made their way into the ground to take in the game and they certainly won't have left disappointed with some of the football on show. Ireland played some brilliant stuff at times.

It was a night where Ireland dominated right from the off. They passed the ball around with ease, with the Greeks happy to give up possession in order to hold a deep defensive line. Rianna Jarret had the first chance of the game, with her looping effort dipping just over the crossbar in the eighth minute.

The visitors rarely launched an attack of their own, with Ireland ferocious in the tackle to dispossess them on the rare occasions they did try to play out in the opening half.

Denise O'Sullivan had a glorious opportunity to score in the opening quarter, but her half-volley was well saved at point blank range by Papakonstantitou. 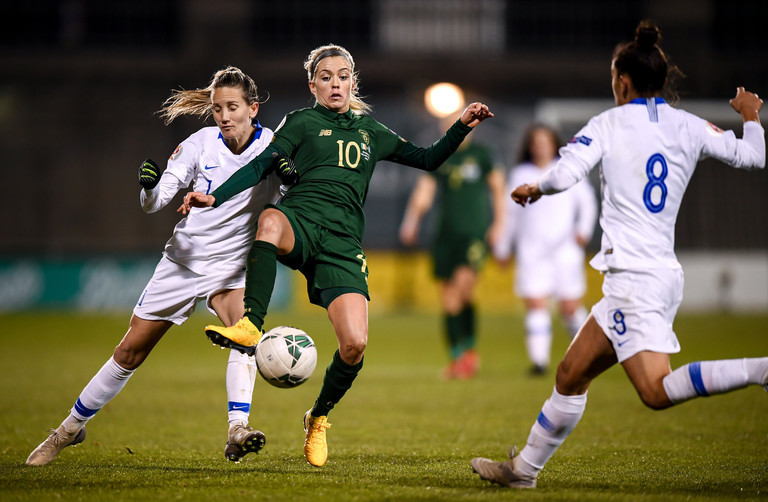 The first 45 minutes very much belonged to O'Sullivan. She was nothing short of breathtaking at times. Her composure on the ball was remarkable to watch, the type of assured display we rarely see from an Irish midfielder at any level.

One moment in particular stood out. In the 20th minute, Greece carved out their only half chance of the opening period. It came from a scramble in the box, but Ireland dealt with it. Instead of hoofing it away as Irish fans would have become so accustomed to over the years, the ball was passed out of the defence to launch the counterattack.

Then O'Sullivan burst into life. She turned one opposition player at the edge of the Irish box, sprinting away into the vast amount of open space in front of her. When another defender tried to haul her down, she skipped by her too. The whole of Tallaght Stadium were on their feet, and while the attack would unfortunately not produce a goal, it was a moment that encapsulated her impact on the game.

Ireland finally took a much deserved lead right on the stroke of halftime. It came from a set-piece, with O'Gorman's dangerous delivery nodded down to the far post for Diane Caldwell to poke home on her 75th cap for her country. It was certainly the least that Ireland deserved. 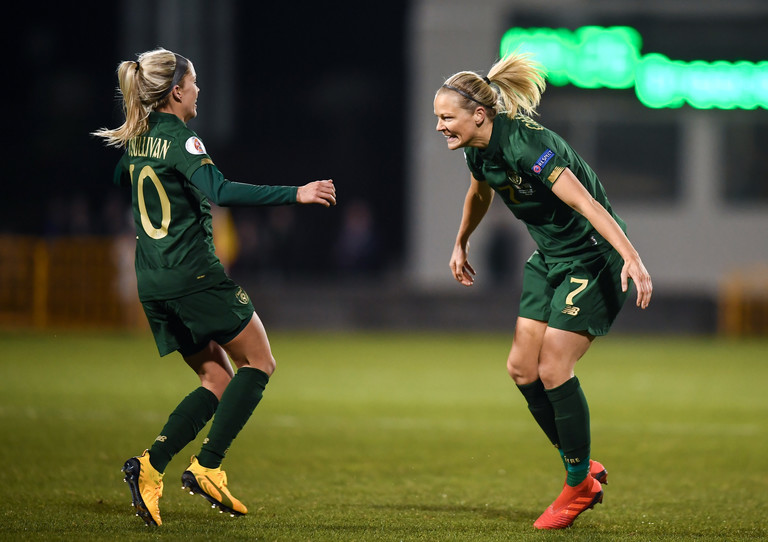 The second half began in much the same fashion. Heather Payne's header almost doubled the lead inside a couple of minutes, but the cross proved to be just a bit too far out of her reach.

Ruesha Littlejohn, who ran the Greek defence absolutely ragged all night, had two bites at the cherry a few moments later. The first effort was well saved, but the attacking midfielder blazed the resulting rebound well wide. She was up there with O'Sullivan as Ireland's best performer on the night, continuing to bounce back despite some very heavy challenges from the Greek defenders.

In the closing stages and the teams only separated by one goal, there were fears that we could see a repeat of what took place in the reverse fixture. That was a game that Ireland dominated, but having entered the final few minutes with the slenderest of leads, the Greeks managed to bundle home an equaliser.

On this occasion, such an outcome never seemed likely.

While the chances dried up somewhat as the half went on, Ireland remained in control. The tandem of O'Sullivan and Littlejohn continued to have a huge say on the game, both on and off the ball. Despite being perhaps the most diminutive player on the pitch, the North Carolina Courage player certainly put herself about. She pressed relentlessly in the closing quarter and put in some big challenges.

Apart from a couple of very brief nervy moments, Ireland comfortably saw out the game.

This was a huge win for Vera Pauw's side. With Germany likely to top the group, Ireland could likely have to win every remaining game, not against the Germans, in order to secure a best runner-up spot and automatic qualification to Euro 2021.

This victory gives them their third from four games, with the draw in Greece the only blot on the copybook. The Dutchwoman would have been hugely pleased with what she saw from her team, and from a couple of players in particular. 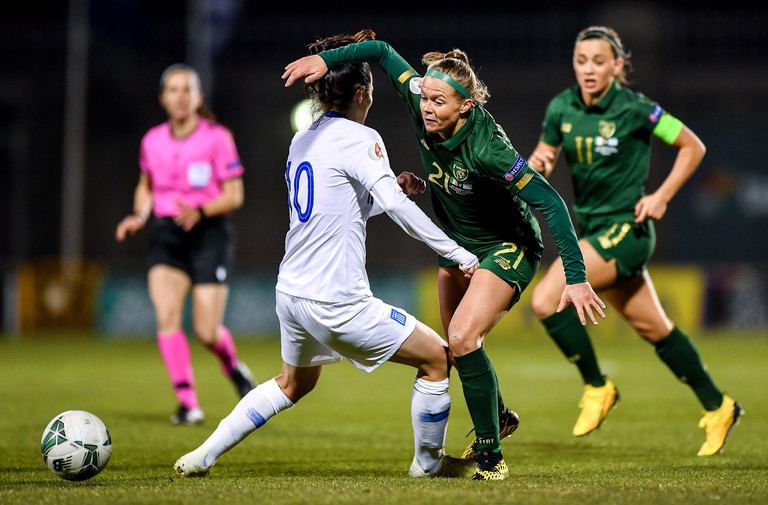 In Denise O'Sullivan and Ruesha Littlejohn, Ireland have two players capable of hurting any level of opposition. Littlejohn's powerful running from deep and ability to beat a player make her a nightmare to deal with.

Then you have O'Sullivan. Rarely, if ever have Ireland produced a midfielder who is capable of doing what she can on the ball. Some of the passes she picked out were impossible to see from the press box, never mind on the pitch itself.

If Ireland are to reach the finals next summer, they will be counting on some more performances such as this one, starting with the trip to Montenegro next week.

Football
5 months ago
By Gary Connaughton
Ireland Women's Team Are Capturing The Nation's Hearts, And It's Not Just Lip Service

Football
5 months ago
By Gary Connaughton
Ireland Women's Team Are Capturing The Nation's Hearts, And It's Not Just Lip Service
Popular on Balls
Football
9 hours ago
By Paul Moore
Bohemians Apologise For Listing Danny Mandroiu As 'Gargled' In Team News Gaffe
9