That was Big Jack's green army at their absolute best for 90 minutes. The heat of New Jersey wasn't enough to stop them. Neither was Roberto Baggio. Ireland scored after 11 minutes, and while some will feel the team needed to hang on for an eternity akin to Ray Houghton's last big goal six years ago, in truth, this was a lot more comfortable, and if anything Ireland looked the more likely to get the game's second goal.

It's sweet revenge for Jack Charlton and Ireland for our last World Cup game four years ago when the Italians sent us home. Given the performances today, it looks like Baggio, Baresi and co. will be on the plane back to Europe a lot sooner than us this time around. One of the favourites for the tournament, Italy were shown up by an Irish team dominant in midfield with five across the middle and dogged in defence.

Charlton's big calls in selection all proved to be masterstrokes. Phil Babb, thrown into a first competitive international in the biggest game of all, was immense alongside Paul McGrath, who extended his own legendary status with a performance for the ages. Tommy Coyne ran all day up front on his own, a role John Aldridge was unlikely to fill at this stage of his career. The biggest call of all though? Last week, nobody expected Ray Houghton to be recalled ahead of the in-form Jason McAteer. But recalled he was. And Ireland are in dreamland!

On to Mexico and Orlando! Ireland will be overwhelming favourites to top the group after this display and then... who knows? 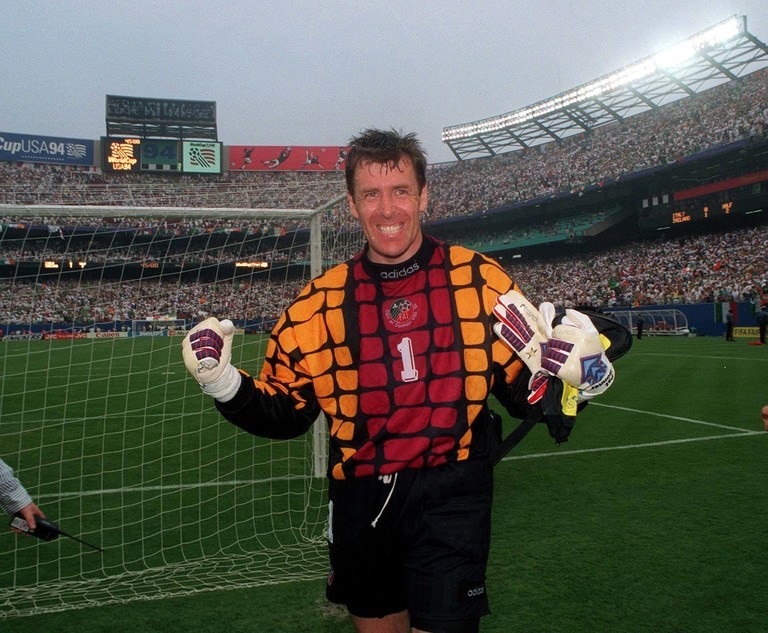 Never looked in too much danger and pulled off a couple of decent saves, especially one from Bepe Signori in the second half.

Looked a little bit suspect from ground kickouts, as he has been for the last couple of years, but can be forgiven the odd mishap given his was kitted out in a lagging jacket in the hot New Jersey summer.

A usual solid display from the Manchester United double winner. Covered very well for his centre-backs throughout and mopped up danger with ease.

Evani was taken off at half-time having had no joy at all against the Cork man. Could have been a little less wasteful with possession going forward at times but options were limited up the pitch.

Apparently suffering from a shoulder injury and required a late fitness test. It's hard to imagine a better defensive performance. McGrath put poor Roberto Baggio so deep in his pocket, the Juventus captain still hasn't crawled his way out. And when he needed to, he took care of Signori too.

A peerless display of timing and determination, McGrath seemed to be constantly in the right place at the right time with his head, foot or body. The Villa centre-half consistently made up for any pace deficiency by reading the game quicker and more accurately than his opponents. 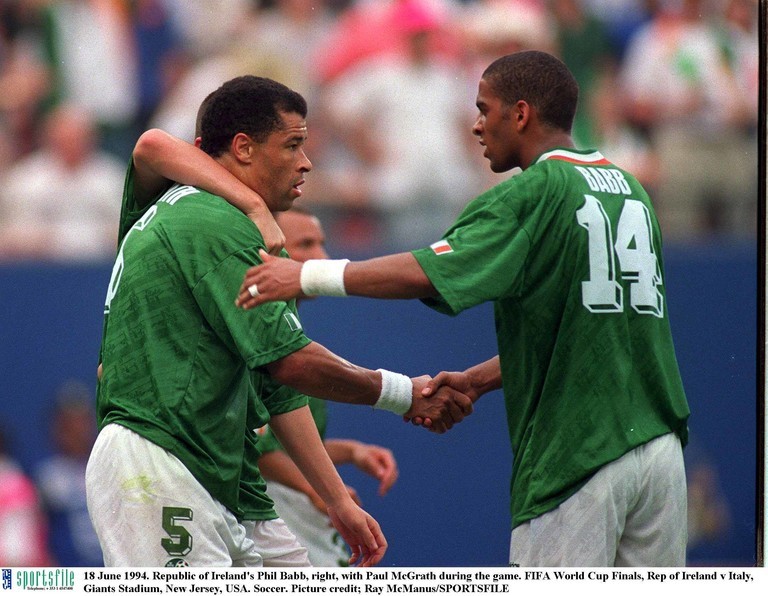 It's hard to believe the Coventry City player has never played in a competitive international before today. He looked assured throughout and was the perfect ying to McGrath's yang. We're looking forward to seeing that partnership develop throughout the rest of the tournament.

Italy had claims for a penalty after a challenge from behind by Babb in the second half but the referee waved them away. The Italians can moan all they like, but in football, the referee's decision is final. Some things will never change.

The only person unlikely to have been overjoyed by Babb's performance was his club manager Phil Neal. You would imagine some big clubs will be sniffing around the Irishman before the summer is out. 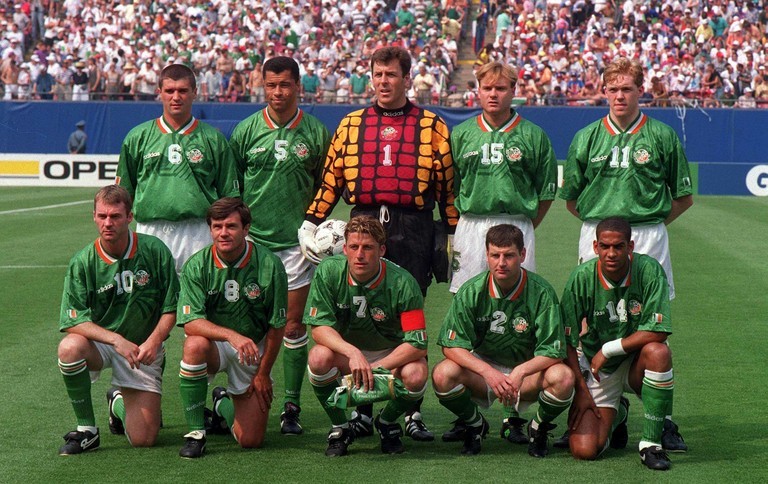 Didn't show up for the team photo for some reason, but Phelan was there when it mattered.

In fact, he was the first one to Houghton after his scored, and had to good grace to not get in the way of the scorer's athletic tumble. 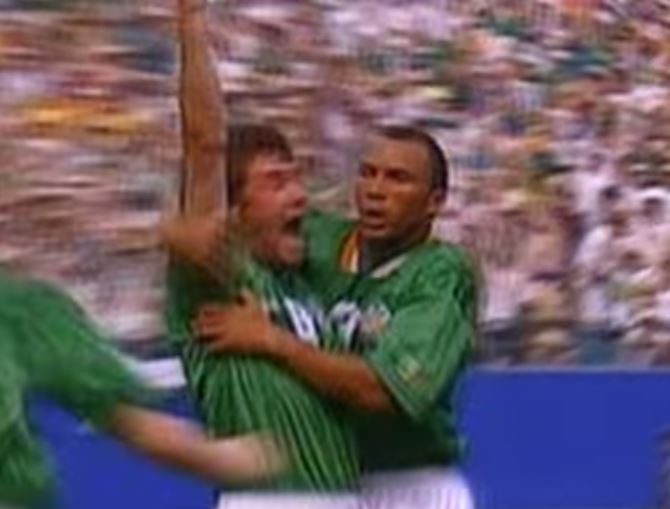 Seemed to be a bit overawed by the crowd at the end, but it didn't show in his solid performance. 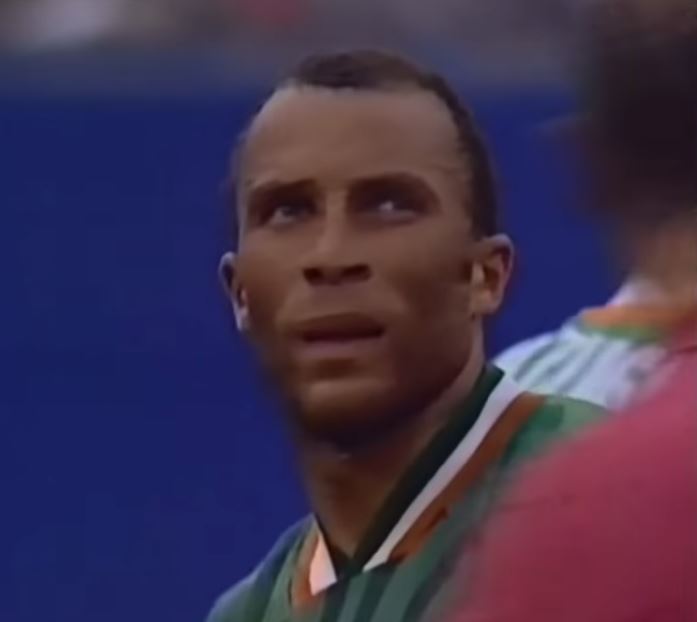 The man for the big occasion, or what? Just like six years ago, Houghton came through, and again, he did it bloody early! Not as heart stopping a wait as Stuttgart, but a long one nonetheless. Only his fourth goal for Ireland, and two of them have been among the biggest we've ever scored.

Jack Charlton was entirely justified in picking the old warhorse against the wishes of seemingly the entire country.

Read the play beautifully to nip in after a poor Baresi header and a cracking left footed finish.

Houghton tired as the game went on but had a good chance to get a second right before he was taken off for Jason McAteer.

Keane's best performance for Ireland. It was a dominant display by the Irish midfield and the Manchester United man was at the heart of it all. His skill to opening up the Italian defence and putting it on a plate for Sheridan should have given us all an easier night but it wasn't to be. 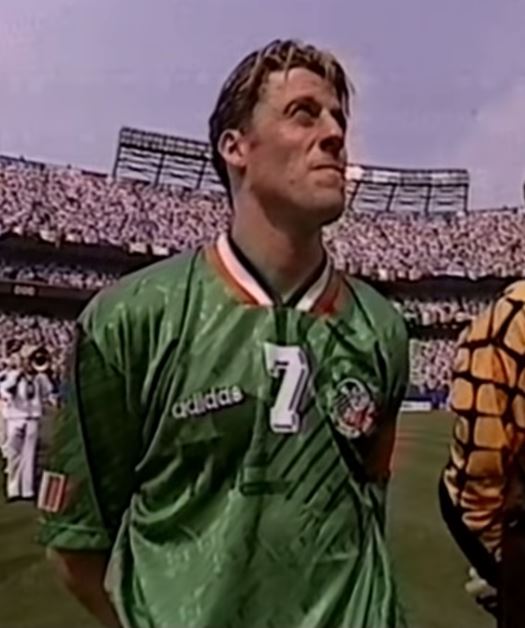 The Ireland captain sported new blond locks for the game. It was probably his only mistake. Dominant in midfield alongside Keane. His tenacity late on as Ireland killed the game summed up his exceptional display. What a leader!

A vital extra presence in midfield as he was during Ireland's warm-up games. Sheridan really should have made history by making it 2-0 in the second half but hit the post when set up beautifully by Keane. 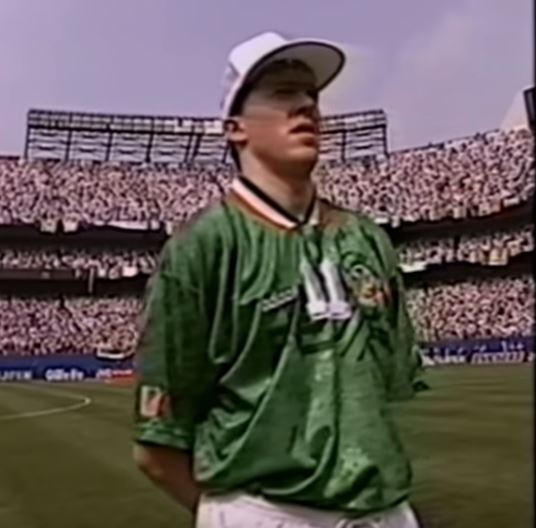 Beleaguered by the heat, Staunton had a wild shot after 11 seconds, and continued to be wasteful at various points in the game. The Villa man ran himself into the ground for the cause for 95 minutes.

Another man to run his socks off. It's not easy being a lone striker in Jack Charlton's team, but Coyne never stopped putting pressure on the AC Milan back four. Had a lovely stepover when Keane crossed for Sheridan but didn't have many other chances to shine in attack.

Didn't get the start but came on and showed great energy around the park at a time Ireland really needed it. Still has a big part to play.

Right lads, we're going out. Are there any pubs open at all? 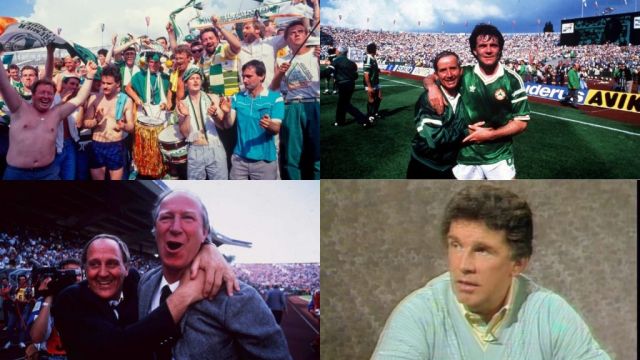 Football
1 month ago
By Gary Connaughton
Jack Charlton's Pope Quip After World Cup Exit Has Become The Stuff Of Legends
Football
2 months ago
By Gary Connaughton
Andy Townsend Recalls How Niall Quinn Cleaned Up By Saving Penalties At Ireland Training
Football
2 years ago
By Mark Farrelly
Andy Townsend's Wonderful Interview Detailing How Much Playing For Ireland Meant To Him
Popular on Balls
Rugby
1 day ago
By Colman Stanley
'If Their 2nd Team Was In The URC They’d Be Top 6': Pundits Heap Praise On Leinster
Football
11 hours ago
By Luke Delaney
Europa League Final: Five Arrests As Frankfurt Supporters Attack Rangers Fans
GAA
1 day ago
By Luke Delaney
Jackie Tyrell Calls For 'Accountability' For Players Who Feign Injury
Football
1 day ago
By Colman Stanley
Wagatha Christie Trial Sheds New Light On England's Euro 2016 Disaster