We've made a balls of it. Coming into this game, qualification was looking likely. After one of the most dire performances in recent memory (and that's saying something), things look a lot more difficult all of a sudden.

Ireland were terrible going forward, with absolutely no attacking threat. Here's how we rated the performance

Didn't have a save to make in the first half. Or the second half. Took a few goal kicks.

Coleman was a willing runner down the right wing, but he seems to lack an understanding with Callum Robinson. His influence waned as the first half went on and never really returned.

Had little to do defensively.

Dealt with the fairly limited Georgian aerial threat in a usually confident manner, he was as solid as ever at the back.

In one of the scrappiest games we have ever seen, he did well. 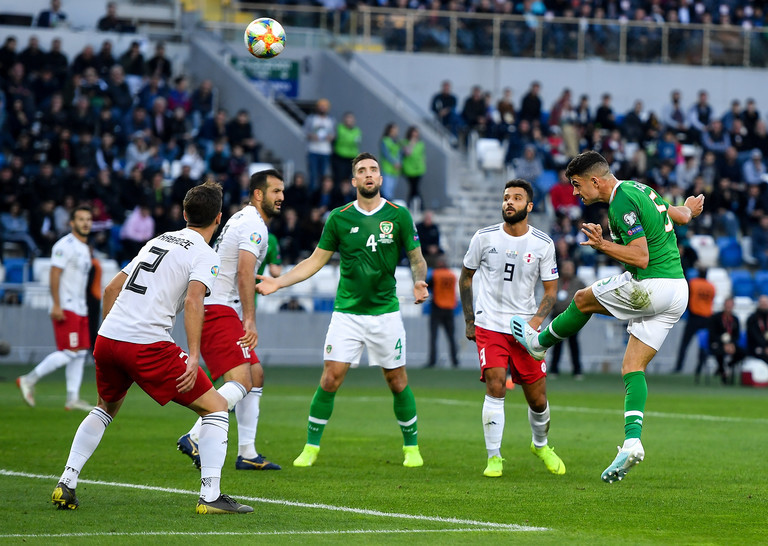 Came incredibly close to opening the scoring after only three minutes, with his header rattling the Georgian bar. Egan was assured in possession throughout, showing exactly why Ireland supporters have been crying out for his inclusion.

Probably our best player in what was a shocking team performance.

Was fairly solid defensively and did get forward on occasion. Showed what he was capable of with a beautiful first half run, only for his final touch to let him down.

Whelan anchored the midfield well, popping up with a few impressive interceptions. His forward passing left a bit to be desired, but he did attempt to get Ireland playing at times.

Legs started to go as the game went on, but he was probably the best of the midfield trio.

Almost set up Egan early on from a free-kick, but that was about the height of his impact in the opening period.

Things hardly improved in the second half, as the Georgians continued to dominate the midfield. 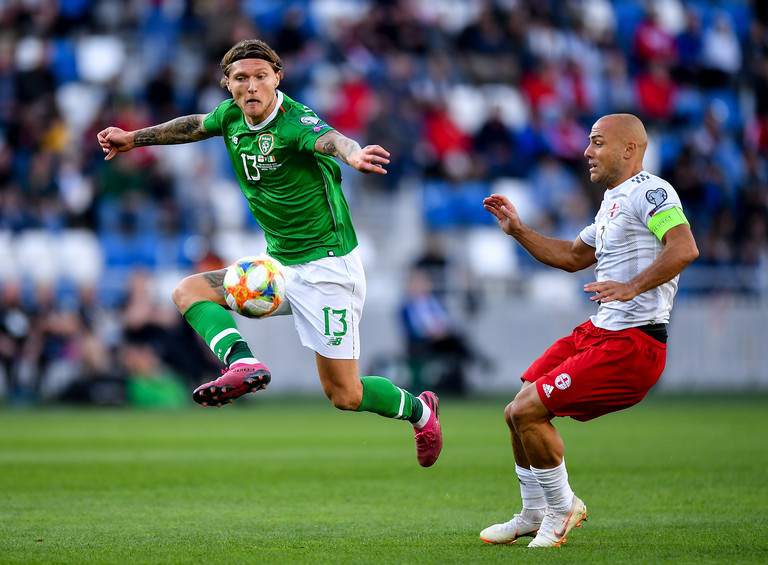 Pushing up as the main support for Collins at times, Hendrick had very little impact on the game. When he did drop deep, he played to play any sort of forward passes.

Looks lost out on the right flank at times, where he is stays on the periphery of games in a manner we rarely see when he plays centrally at club level. Still, he put in a couple of beautiful of crosses into dangerous areas in the opening period.

Was harshly substituted when there were a few far worse performers left on the pitch.

The highlight of his first half was deciding to tackle James Collins and put the ball out for a Georgian throw-in. McClean consistently took an extra touch on occasions Ireland had the opportunity to play at pace.

Put in one decent cross in the second half but that was about the height of it. McCarthy's argument for including him in the team becomes weaker with each game.

In what was VERY limited service, Collins did well with what little ball he was given. He showed some nice touches but was completely isolated for large periods.

He was starved of possession even more often in the second half, which is unsurprising when you consider Ireland essentially played without a midfield.

Showed a couple of nice touches after coming on, but the decision to bring him on on the right wing was a bit of an odd one.

Looked lively upon his introduction, but he wasn't helped by the amount of high balls that were played into him. He at least tried to get Ireland going when he got on the ball, but was offered little encouragement by his teammates.

Nearly saved our blushes with two good efforts late on. Did more than any other attacking player despite only being on the pitch for 15 minutes.