Hopefully the first choice players can learn something from that game. Ireland have secured a 3-1 win over New Zealand, playing some fantastic football at times.

The opposition matters, as does the importance of the occasion, but this should give Mick McCarthy a selection headache ahead of the Denmark game. A number of players put their hands up for selection ahead of the massive clash.

Very little to do in the opening period, O'Hara couldn't do much for New Zealand's goal. Didn't have anything to do in the second half before coming off just after the hour mark.

Was caught very badly out of position for the opener, abandoning the right flank to close down the man in possession. He struggled on the ball at times in the opening half, although he wasn't helped by some of the questionable cross field balls directed his way.

He grew into the game as it went on and his cross for Robinson's goal was an absolute beauty. Certainly room for improvement, but he's only 18-years old.

Despite his lack of football this season, the Burnley man looked very comfortable on the ball. He produced a stunning pass over the top to play in Sean Maguire in the first half, and he showed that passing range on a few more occasions.

Back from the wilderness, Clark was asked very few questions in the first half. That continued in the second half, and he was outshone by his defensive partner who was more effective on the ball. 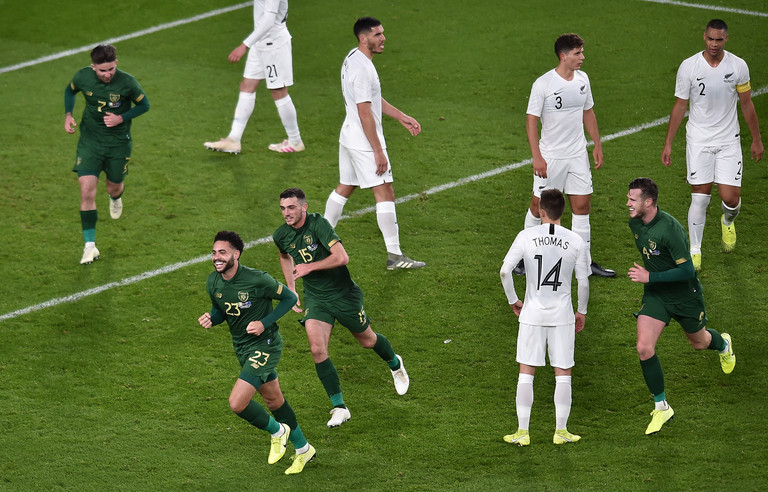 Despite being a natural centre back, Williams was not afraid to get forward down the left flank. After getting a couple of shots off early on, he rose wonderfully to head home a Robbie Brady corner just before halftime.

Replaced 55 minutes in after putting in an excellent shift.

Cullen was tenacious in the tackle, but also equally adept at playing the ball forward in a positive manner. He is a perfect fit for the holding midfield role and is a leader on the pitch despite his relative inexperience at this level. There's a reason he captained the Irish U21 side.

He is going to be a mainstay in the Irish team for years to come.

What a sight it is to see an Irish midfielder demanding the ball. It's almost unsettling.

Byrne set his stall out early on, finding Troy Parrott with an immaculate clipped ball over the top. He only improved from here, acting as the link between the Irish defence and attack. His one touch passes were top notch and he only needed a split second to play a decisive ball.

Did slow down a bit in the second half, but surely has to be in contention for a role off the bench against the Danes. He is what the Ireland team is crying out for.

Pulled off some beautiful flicks early on, seeming a much more liberated player than the one we saw feature for Ireland last month.

The midfield three was much more fluid than we are used to seeing, something that certainly suited the Preston man. A good showing.

The senior figure in the team, Brady worked hard down the right. His set-pieces were as important as always, finding the head of Williams for the Ireland equaliser.

Tired as the game went on and was very careless on the ball at times, but an important 90 minutes for the Burnley winger on his return to full fitness.

A run that was picked out by Jack Byrne after four minutes was a perfect example of Parrott's movement, even if he was offside on the occasion. The Spurs man looked to get in behind at every opportunity.

It was his hard work that made Ireland's second, winning the ball off a New Zealand defender before laying it off to Seani Maguire who banged it home. He didn't get the goal we were all hoping for, but it wasn't bad for a lad who's only 17-years old. 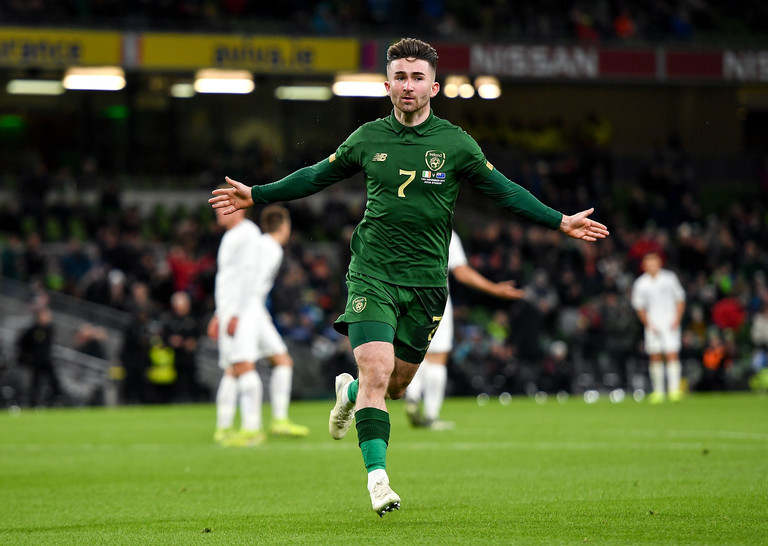 Missed a couple of glorious opportunities to net his first international goal in the opening half, squandering a one-on-one and a free header at the front post.

He more than made up for that at the start of the second half, netting an absolute beauty from outside the penalty area to score his first international goal. His movement is excellent, and his pace is a real asset. He is in contention for the Denmark game.

Playing out of position at left back, O'Dowda had little impact going forward after his introduction. He wasn't asked any questions defensively.

Judge worked tirelessly after coming on, but failed to have a telling impact on the ball.

A first international goal that was a long time coming, Robinson took his header incredibly well. Would have had a second if not for a cracking save from the Kiwi goalkeeper.

Playing quite often through the middle upon his introduction, it is certainly a role he is far more suited to than the wide left position he has featured for in previous games under Mick McCarthy.

Had one save to make after coming on, and he did it very well.

Hourihane took over the ball playing duties in midfield after Byrne and Browne came off, but didn't move the ball at quite the same pace.

Should have had his second international goal, somehow missing a golden one-on-one with the goalkeeper.